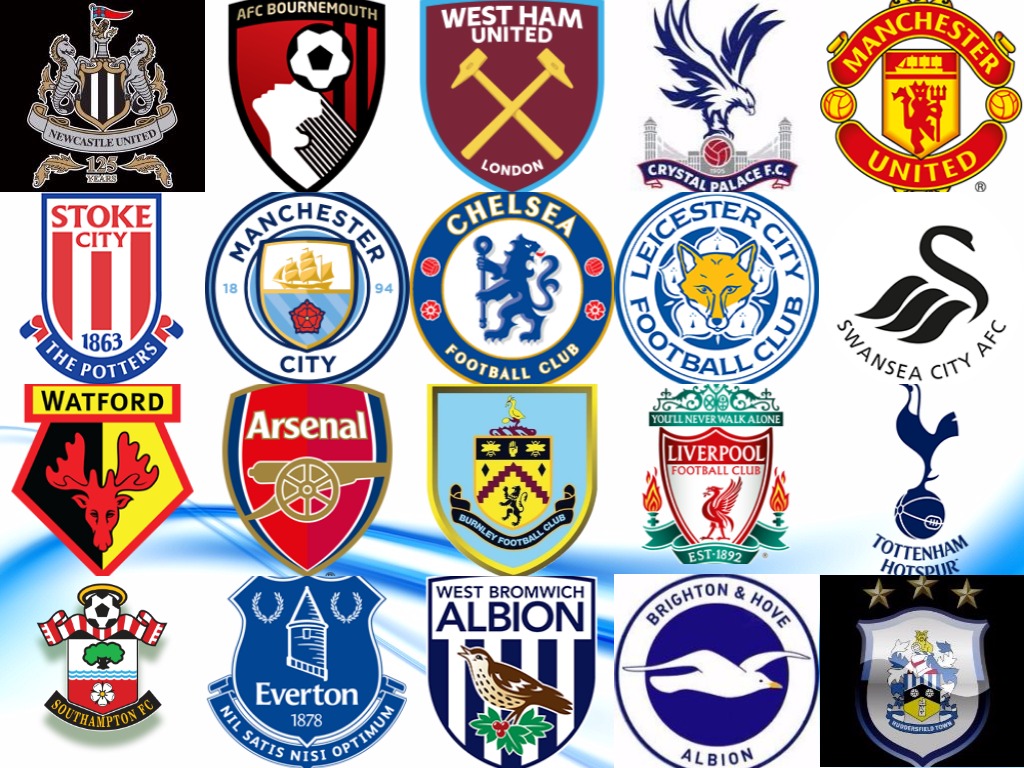 Do you ever wonder which is the oldest club in English Football?Or which one is the newest?In this article we will have a look at the establishment dates of the Premier League clubs.Here are the 20 Premier League clubs ranked by their formation date , starting from newest. 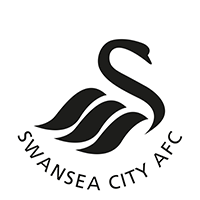 There were no notable football club in Swansea,Wales prior to 1912.Thus, a number of local citizens met to start a local professional club and as a result a club was founded in 1912 as Swansea Town. J.W Thorpe was the first Chairman of the club.The club changed their name in 1969, when they adopted the name Swansea City to reflect Swansea’s new status as a city.

The locals of Huddersfield and District F.A. had first discussed the establishment of a football club in the market town in 1906. However, it wasn’t possible until two years later when wealthy woollen mill owner – John Hilton Crowther – provided the investment that was required for the establishment of the club. After a meeting at the Albert Hotel, Huddersfield Town Association Football Club was registered as a limited company on 15th August 1908

In 1895,FA decided that the FA Cup Final will be played at the Sports stadium which was situated inside the historical grounds of Crystal Palace.The idea of a new club playing at the Crystal Palace stadium was proposed in 1904 by the Crystal Palace Company. The proposal was rejected by the Football Association, who disliked the idea of the owners of the Cup Final venue also possessing a football club.

However,a separate company was established the following year and the club was formed in 1905.Palace played their home games at the Cup Final venue until 1915 when the First World War forced them to move out and play at Herne Hill Velodrome and The Nest. In 1924, the club moved to their current home at Selhurst Park.

In 1896, Henry Augustus “Gus” Mears, football enthusiast and businessman, along with his brother, Joseph Mears, purchased the Stamford Bridge Athletics Ground in Fulham, West London, with the intention of staging first-class football matches there.

However,after failing to persuade any top club to adopt that ground as their home,they decided to found their own football club to occupy Stamford Bridge.As a result on the evening of 10 March 1905 in an upstairs room at the Rising Sun pub, Chelsea FC was formed.

Brighton United was the first football club from Brighton and Hove,formed in 1897 but the club folded in 1900 before the end of its second season.Some enthusiasts then formed Brighton & Hove Rangers, an amateur club who played to the north of Brighton at Withdean, but then they too were forced to disband.

The former manager of Brighton United, John Jackson, was the driving-force behind a third club, Brighton & Hove United, which was formed as a semi-professional outfit on 24 June 1901 at the Seven Stars, a pub in Ship Street. The newly formed club changed its name to Brighton & Hove Albion before a ball was kicked because of objections from Hove FC.

The present football club can trace its roots as far back as 1890 when Boscombe St. Johns Institute Football Club were formed. However,they were disbanded in 1899 and from the remains of that club, Boscombe FC were formed at a meeting under the streetlights in Gladstone Road, Boscombe.

The name was changed to Bournemouth and Boscombe Athletic F.C. in 1923, before settling on their current name in 1972. 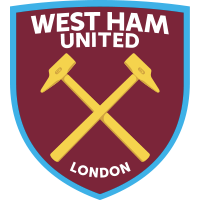 The bankruptcy of the Old Castle Swifts FC – the first professional football team in Essex, which had been formed in 1892 by employees of the Castle Shipping Line – opened up an opportunity for a new football club to be formed in that area.

In May, 1895 David Taylor, the foreman of the shipbuilding department of Thames Ironworks, suggested to Arnold Hills, that maybe the company should form its own football club and this led to the foundation of the club in June 1895 as Thames Ironworks F.C. The name of the club was later changed to West Ham United in 1900. 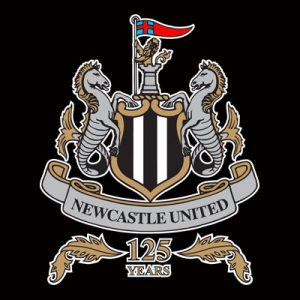 The origins of Newcastle United Football Club can be traced back to the formation of a football club by the Stanley Cricket Club of Byker in November 1881.The team was renamed Newcastle East End F.C. in October 1882.At the same time as East End were taking shape, another club started up on the other side of the city: West End Football Club.

However,it soon became clear that the city wasn’t big enough for two clubs, as West End’s struggles continued to the brink of collapse in the 1891-92 season, they offered their lease of St. James’ Park to East End.
Within a week, a deal had been agreed and in May 1892 East End formally agreed to move to St. James’ Park as well as taking over what remained of the defunct West End’s assets, including some of their players. Tyneside now only had one senior club.

In a bid to start drawing larger crowds, Newcastle East End decided to adopt a new name in recognition of the merger and the name ‘Newcastle United’ was decided  on 9 December 1892, to signify the unification of the two teams.

Negotiations having failed, the directors decided to leave Anfield and find another ground, leaving Houlding with an empty stadium. His response was to form a new football club to occupy the stadium.Thus,Liverpool football club was formed in 1892.

In late 1886, a group of workers from the Woolwich Arsenal Armament Factory decided to form a football team.The club was called Dial Square as a reference to the sundial atop the entrance to the factory.They were led by a Scotsman, David Danskin, who purchased the club’s first football, and Jack Humble. Among their number was the former Nottingham Forest goalkeeper Fred Beardsley, who would later along with Morris Bates obtain a set of red kits from his old club, thus giving Arsenal the colours they still wear today.

The club changed its name to Woolwich Arsenal in 1893 when it formed a limited liability company to raise capital to purchase the Manor Ground.They replaced the “Woolwich” in their name with “The” and became ‘The Arsenal’ in April 1914, finally becoming plain “Arsenal” in November 1919. 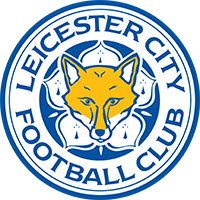 The decision to found Leicester Fosse, the forerunner of Leicester City, was taken in the garden shed of a house on Fosse Road in Leicester.It was named as Leicester Fosse because it played on a field by the Fosse Road.

Leicester Fosse was reformed as Leicester City Football Club when the Football League resumed in 1919 after its suspension during World War One.The new name reflected the fact that Leicester had been granted city status.

The Hotspur Football Club was formed in 1882 by a group of school boys, from Tottenham Grammar School and  members of the Hotspur Cricket Club. The idea for the club was conceived by Robert Buckle with his two friends so they may continue to play sport during the winter months. It is said that the boys gathered one night under a lamppost along Tottenham High Road and agreed to form a football club.

Although the name “Northumberland Rovers” was mooted, they settled on “Hotspur” as the name for the club. In April 1884, due to mail from another established club London Hotspur being misdirected to North London, the club was renamed Tottenham Hotspur Football Club to avoid any further confusion. 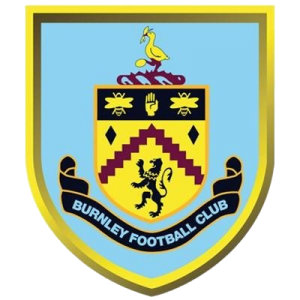 Founder members of the Football League, Burnley Football Club began life as a rugby club.However, ‘Burnley Rovers’ soon switched codes and became Burnley Football Club in 1882. They moved to their Turf Moor home shortly afterwards, at the invitation of the town’s cricket club, which is still uniquely situated next to the stadium.

FA Cup campaigns gave way to organised football in 1888 with the foundation of the Football League – and since then Burnley have claimed every major honour, with the exception of the League Cup. 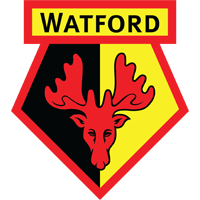 Watford Rovers was formed in 1881 by Henry Groverand, who went on to play for the club as a full-back. Rovers, originally composed entirely of amateur players, held home games at several locations in the town of Watford.

Renamed as West Hertfordshire in 1893, Rovers joined the Southern Football League in 1896, and started to pay professional footballers in 1897. West Hertfordshire merged with local rivals Watford St. Mary’s in 1898; the merged team was named Watford Football Club.That same year, the club moved on to a ground in Cassio Road. Pressure from the owner eventually forced the manager, Harry Kent, to look for a new permanent ground which he found in 1914 at Vicarage Road, the club’s home today.

Two church wardens sought to curb local gang violence and alcoholism by instituting new activities for local men, and decided to form a football club for largely humanitarian purposes.The club was called St.Mark’s(West Gorton)  and all men were welcome to join, regardless of religion.

Joshua Parlby became the Ardwick manager in 1893. The following year Newton Heath(now Manchester United) joined the Second Division. Both clubs were based in Manchester but neither carried the name the city. Parlby suggested that the club should change its name from Ardwick to Manchester City.The selection of the name was directly aimed at creating a side to represent all of Manchester and so, for perhaps the first time in the history of the region, there was an organisation to represent all Mancunians no matter what their social status, background, or place of birth. The management committee agreed and the club became known as Manchester City.

By 1892–93 season the club had become independent of the railway company and dropped the “LYR” from its name.Soon,financial problems plagued the club and, by the start of the 20th Century, it seemed they were destined for extinction. The team was saved, however, Captain Harry Stafford found four local businessmen – including John Henry Davies, who became club president – each willing to invest £500 in return for a direct interest in running the club.

This led to a change of name and, after several alternatives including Manchester Central and Manchester Celtic were rejected, Manchester United was born in 1902. 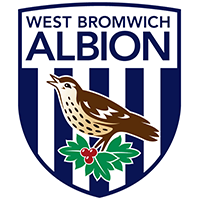 The club was founded as West Bromwich Strollers in 1878 by workers from George Salter’s Spring Works in West Bromwich, in Staffordshire.

Soon the name Strollers was thought to sound rather casual so they decided to change it to West Bromwich Albion in 1880. The suffix was derived from an old foundry district in West Bromwich of the same name, where several of the members lived.

St. Domingo Methodist Church’s new chapel was opened in 1871. Six years later, a gentleman called Rev B.S. Chambers was selected as the new Minister. He was responsible for starting a cricket team for the youngsters in the parish, but because cricket can only be played in the summer, they had to find something for the kids to play during the winter as well. And so, The St. Domingo Football Club was formed in 1878.

Since many people outside the parish were interested in joining the football club, they decided that the name should be changed, and thus the name was changed to Everton Football Club, after the surrounding district. 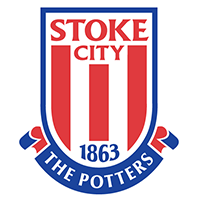 In 1863, Stoke Ramblers was formed by former pupils of the Charterhouse School formed a Football Club whilst working as apprentices at the North Staffordshire Railway in Stoke.Five years later a report in The Field magazine of September 1868 stated a new Association Football club had been formed in Stoke-on-Trent …and its founder member was ex-Charterhouse School pupil Henry Almond.

The Victoria Ground was the home ground of Stoke City from 1878 until 1997, when the club relocated to the Britannia Stadium after 119 years.