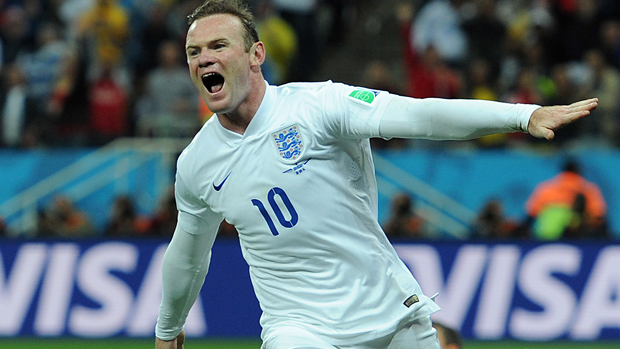 The job of a striker is to score goals and help the team to win games.The performance of a striker is always under the spotlight,they can become hero or villain in seconds.A match winning goal can lead to enormous praise but a poor miss may cost huge criticism.So in this article,let us have a look at 10 greatest English strikers of all time.

Michael Owen is the regarded as one of the greatest English strikers of all time.He was known for his pace,agility and eye for the goal that enabled him to score 158 goals in 297 apps for Liverpool.He also scored 40 goals for England in 89 apps.

Despite not having a great height,he was very effective with his head and had a great vision too.He won the Ballon d’Or in 2001,during his time with Liverpool.

However, he suffered many injuries throughout his career that prevented him from reaching his full potential,and as a result,his spells with Real Madrid,Newcastle United,Manchester United,Stoke City were not as successful as his time with Liverpool.

Only active player on this list,Rooney is an energetic forward who combines technical skill with strength and physicality, while his work rate is highly appreciated.Due to his versatility,he can play as on various positions;supporting striker,winger,attacking midfielder but his preferred position is as striker.

He is England’s and Manchester United’s top goal scorer of all time.After Alan Shearer,he is the second highest in the Premier League history.With 115 caps,he is England’s second most capped player of all time after Peter Shilton.

A humble man who felt privileged to be paid for pleasure, he was born in Bolton and lived his whole life there. Lofthouse loved the local community and performed various roles with Wanderers – player, trainer, coach, manager, scout, president.

He sadly passed away in 2011 and a statue was built-in his honour outside Bolton’s stadium in 2014.

Widely regarded as one of the finest strikers of his generation,Lawton boasted a strong physique,good ball control skills, great passing range and a powerful shot.He rose to fame before WW2 and had a career spanning three decades from 1930s to 1950s.He scored 22 times in 23 England appearances.

He played for seven different clubs,including Burnley,Chelsea,Everton and Arsenal.He scored 246 goals in 420 games playing for those clubs.He was inducted into English Football Hall of Fame in 2003.

Lineker is regarded among the most clinical strikers England ever had.In a career spanning 16 years,he never received any yellow or red card.He was successful at every club he played for,be it Leicester,Everton,Barcelona or Tottenham.

He scored a total of 330 goals which included 48 international goals in 80 matches for England.He holds England’s record for goals in FIFA World Cup finals, with 10 goals.He was top scorer in the 1986 World Cup and received the Golden Boot, the only Englishman to achieve this feat. He is also the only player to have won the English golden boot with three different clubs;Leicester,Everton and Tottenham Hotspur.

Bobby Charlton would definitely be number one if we make a list of England’s greatest midfielders and the only reason he is ranked 5th in this list is that he played way more games as an attacking midfielder than as a striker.

He is second highest goalscorer for Manchester united and England,behind Wayne Rooney.He played four consecutive World Cups for England between 1958 and 1970,winning in 1966.He also won the Ballon d’Or that year.

He overall played 106 matches for his country,which was a record at the time of his retirement in 1970.He was a vital member of the Manchester United team that won 3 League titles,1 FA Cup and an European Cup.

He is a part of the Holy Trinity Statue outside Old Trafford,along with Denis Law and George Best.

Geoff Hurst is remembered as the man who scored the hat-trick in the final of 1966 World Cup,helping England to its only major Silverware till date.In total he scored 24 goals in 49 England appearances, and apart from the 1966 World Cup he also appeared at UEFA Euro 1968 and the 1970 FIFA World Cup.

At club level he spent his majority of the time with West Ham,where he played 502 games and scored 252 goals,winning the FA Cup and European Cup Winners’ Cup in 1964 and 1965 respectively.

Shearer was a classic English centre-forward,owing to his strength, physical stature, heading ability and strong shot, he became a highly prolific goalscorer.He was direct, fast and single-minded, a threat from almost anywhere inside the opposition’s half due to the force and accuracy of his right foot, as well as his high levels of confidence.

Bill Shankly wasn’t usually forthcoming with praise for Evertonians, but he once said of Dean: “Dixie was the greatest centre-forward there will ever be. His record of goalscoring is the most amazing thing under the sun. He belongs in the company of the supremely great… like Beethoven, Shakespeare and Rembrandt.”

Even after his exploits with Everton,his international career was limited to only 16 games ,in which he scored an impressive 18 times.

Jimmy Greaves’ natural goalscoring talent saw him break both club and country records during a career which made him the best striker of his generation and one of the best of all time.

Greaves played in the 1962 and 1966 FIFA World Cup, but was injured in the group stage of the 1966 World Cup and lost his first team place to Geoff Hurst, who kept Greaves out of the first team in the final. England won the World Cup, but Greaves was not given his medal until a change of FIFA rules in 2009.

Overall,he scored 44 goals in 57 matches for England and is a member of the English Football Hall of Fame.He was inducted into the Tottenham Hotspur Hall of Fame in 2015.