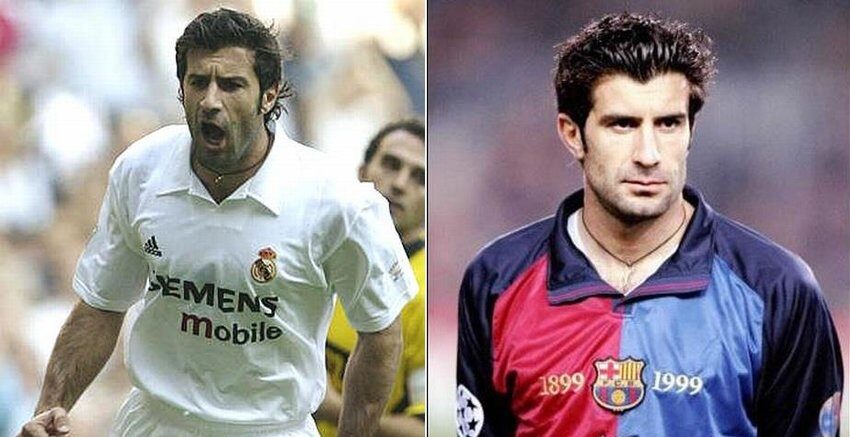 The rivalry between Barcelona and Real Madrid is one of the biggest football rivalries in the world. These teams are two of the biggest clubs in the world and have had some legendary names in the team over the years. However, there are even some players who turned out for both the teams. Let us have a look at some of the players who played for both Real Madrid and Barcelona.

Born in Barcelona, Catalonia, Celades was a product of FC Barcelona’s youth system. He made his debuts with the main squad during 1995–96, and finished his first professional season with 16 games and two goals as the Catalans finished third in La Liga.

After winning two League titles and 3 Copa del Rey titles, he left for Celta in 1999. After a year with Celta de Vigo, Celades moved to Real Madrid, during four seasons he was used sparingly, but won two league trophies and the 2002 UEFA Champions League.

In 1990, aged just 18, he made his professional debuts with Real Madrid and, although he never carved a regular place in the starting XI, he helped the capital side to the 1995 League title.

FC Barcelona signed Alfonso in 2000, but he could not make any impact on the club and left Barca in 2002.

Eto’o joined Real Madrid’s youth academy in 1997, but he could only train with Real Madrid B, as he was still a minor. Real Madrid B were relegated to the third tier, Segunda División B, where non-EU players are not allowed, and as a result, he was loaned to second division Leganés for the 1997–98 season.

Barcelona signed Eto in 2004, he scored over 100 goals in five seasons with Barcelona, and is also the record holder in number of appearances by an African player in La Liga. He won the League thrice and UCL twice with Barca. He is one of the greatest players who played for both Real Madrid and Barcelona.

But after involving in a sour contract renewal dispute with manager Johan Cruyff, Milla signed for Real Madrid on a free transfer. At Santiago Bernabeu, he had a successful time, helping the side to two league titles and the Copa del Rey in 1993.

Joining Barcelona in 1996, Ronaldo scored 47 goals in 49 games in all competitions in his first season at Camp Nou, guiding Catalan side to UEFA Cup Winners’ Cup triumph that helped him to become the youngest player to win FIFA World Player of the Year.

However, Ronaldo’s time at Barcelona lasted one season, as there were problems with the renegotiation of his contract. He left for Inter Milan in 1997.

El Fenomeno returned to Spain with Real Madrid after winning World Cup in 2002. He managed to score 104 goals in 177 appearances for the capital club, winning the League twice. He is very rightly regarded among greatest players who played for both Real Madrid and Barcelona.

Having arrived at Barca in 2001 from River Plate, Saviola initially did well. That changed when Frank Rijkaard was appointed as coach and he was sent out on loan to Monaco and Sevilla. He returned for one more season with Barca, before going to Madrid on a free transfer in July 2007. Used mainly as a back-up striker, Saviola left for Benfica in 2009, although he did claim a La Liga medal in 2008.

He endured a difficult time at Real, although the deal was financially lucrative, but his being mainly restricted to cup matches in the league and the UEFA Champions League.

The arrival of Klaas-Jan Huntelaar limited Saviola’s opportunities even more, and he finished his Real Madrid spell with five goals in 28 overall appearances.