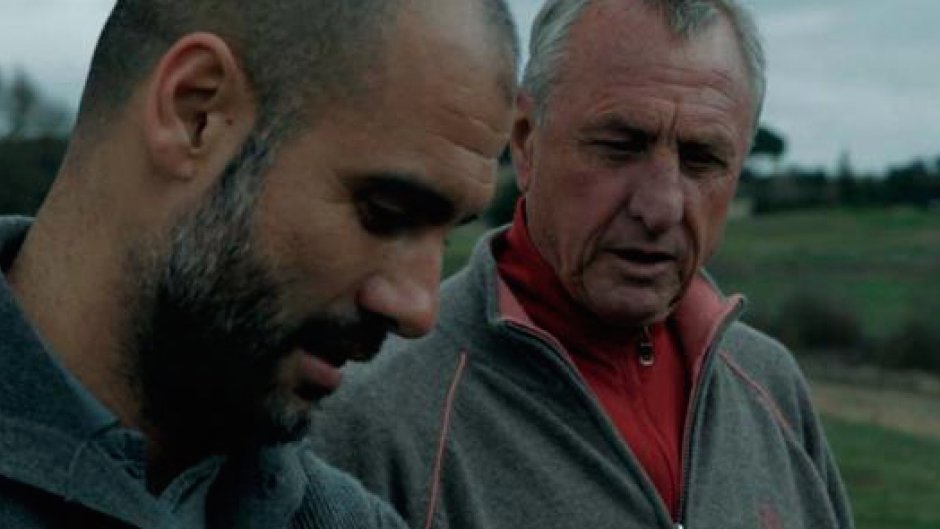 Not every great player can become a great manager, but there are some who achieved this. In this article, we will have a look some of the greatest footballers turned managers ever.

Here are the 12 greatest footballers turned managers ever –

Playing as a midfielder, Conte began his career at local club U.S. Lecce and later became one of the most decorated and influential players in the history of Juventus. He captained the team and won the UEFA Champions League, as well as 5 Serie A titles, among other honours. He also played for the Italian national team and was a participant at the 1994 FIFA World Cup and the 2000 UEFA European Championship, where, on both occasions, the Italians finished runners-up.

The Italian’s move to management wasn’t quite an instant success, as he took a number of roles with the likes of Arezzo, Bari, Atalanta and Siena with varying degrees of success. He did, however, earn himself the Juventus job in 2011 and hasn’t ever looked back.

He took over at Juventus in 2011, where he implemented a 3–5–2 formation and won three consecutive Serie A titles, before taking charge of the Italian national team in 2014 until the UEFA Euro 2016 campaign.

Stein’s Celtic legacy is substantial. After a modest playing career, it was in management that the son of Lanarkshire made such a major impression. He a player, he won the league once and domestic cups six times. But it was a manager that he excelled as most.

He led his side to famous victory in the European Cup final – creating the legend of the Lisbon Lions in the process – and reached the 1970 final against Feyenoord. He led Celtic to ten league titles including nine in a row. He will always be remembered among the greatest footballers turned managers.

He died as he lived after suffering a heart attack on the Ninian Park bench during his Scotland side’s 1-1 draw with Wales in September 1985. He left behind an extraordinary record.

As a player, he spent the majority of his career as a striker for Borussia Mönchengladbach in its golden era of the 1960s and 1970s. There he won 4 national championships and the DFB-Pokal, as well as the UEFA Cup. During this period the team also played in its only European Cup final in 1977, losing to Liverpool.

He is the third highest goalscorer in the history of the Bundesliga, with 220 goals. He was a member of the West German national squad that won the European Championship and the World Cup in 1972 and 1974 respectively.

As a player Simeone won seven trophies with Atletico Madrid, Inter Milan and Lazio. He is one of the greatest footballers turned managers of the recent era.

As a manager, Simeone has coached Racing, Estudiantes, River Plate, San Lorenzo, and Catania, before joining Atlético Madrid in 2011. He famously broke the Barcelona/Real Madrid duopoly by winning La Liga in 2013/14, and also took them to their first Champions League final in that same season.

Known affectionately as ‘King Kenny’ to Liverpool supporters, Kenny Dalglish is arguably their greatest ever servant. He played for and managed the Reds to multiple successes, while he also managed to earn a number of trophies with other clubs – such as boyhood club, Celtic.

Dalglish began his career with Celtic in 1971, going on to win four Scottish First Divisions, four Scottish Cups and one Scottish League Cup with the club. In 1977, Liverpool manager Bob Paisley paid a British transfer record of £440,000 to bring Dalglish to Liverpool. His years at Liverpool were among the club’s most successful periods, as he won six Football League First Divisions, two FA Cups, four League Cups, seven FA Charity Shields, three European Cups and one UEFA Super Cup.

Dalglish became player-manager of Liverpool in 1985 after the resignation of Joe Fagan, winning a further three First Divisions, two FA Cups and four FA Charity Shields, before resigning from Liverpool in 1991.

The Scot then went on to manage Blackburn, Newcastle United, Celtic and most recently, Liverpool once more.

As a striker Clough was a prolific goalscorer with Middlesbrough and Sunderland, scoring 251 league goals from 274 starts. He also won two England caps, both in 1959. However his career was sadly cut short by injury.

In a match against Bury at Roker Park on 26 December 1962, in icy conditions and torrential rain, Clough was put through on goal and collided with goalkeeper Chris Harker. Unable to stand up, Clough had torn the medial and cruciate ligaments in his knee, an injury which in that era usually ended a player’s career. He returned two years later, but could manage only three games and so was forced to retire from playing at the age of 29.

In 1965, Clough took the manager’s job at Fourth Division Hartlepools United and appointed Peter Taylor as his assistant, the start of an enduring partnership that would bring them success at numerous clubs over the next two decades. In 1967 the duo moved on to Second Division Derby County. In 1968–69, Derby were promoted as Second Division champions. Three years later, Derby were crowned champions of England for the first time in the club’s history.

In 1976 Clough joined 2nd Division club Nottingham Forest.In 1977, Forest were promoted to the top flight and the following season won the league title for the first in the club’s history, making Clough one of only four managers to have won the English league with two different clubs.

Forest also won two consecutive European Cups in 1979 and 1980 and also two League Cups  in 1978 and 1979, before Taylor retired in 1982. Clough stayed on as Forest manager for another decade and won two more League Cups in 1989 and 1990,and reached the FA Cup final in 1991, but could not emulate his earlier successes. Forest were relegated from the Premier League in 1993, after which Clough retired from football.

Featuring for the likes of Roma and Milan as a player, Ancelotti won almost everything there was to win at club level. He was a stylish midfielder who made up for what he lacked in a physical sense with excellent technical skills, hard work and great creativity. As a footballer, he has three Serie A titles to his name and two European Cups.

At international level he played for the Italian national team on 26 occasions,and appeared in two FIFA World Cups, finishing in third-place in the 1990 edition of the tournament, as well as UEFA Euro 1988, where he helped his nation to reach the semi-finals.

As a manager, he has worked for Reggiana, Parma, Juventus, Milan, Chelsea, Paris Saint-Germain, Real Madrid and Bayern Munich. The Italian is the only one of two managers to have won the UEFA Champions League three times, and he’s won league titles in Italy, England and France. Ancelotti is a hugely popular coach who favours attacking football. He is definitely one of the greatest footballers turned managers.

Beckenbauer is one of only two men, along with Brazil’s Mário Zagallo(mentioned later), to have won the World Cup as a player and as a manager; he lifted the World Cup trophy as captain in 1974, and repeated the feat as a manager in 1990.

He is widely regarded to be one of the greatest players in the history of the sport. A versatile player who started out as a midfielder, Beckenbauer made his name as a central defender. Twice named European Footballer of the Year, Beckenbauer appeared 103 times for West Germany and played in three FIFA World Cups.

At club level with Bayern Munich, Beckenbauer won the UEFA Cup Winners’ Cup in 1967 and three consecutive European Cups from 1974 to 1976. The latter feat made him the only player to win three European Cups as captain of his club.

As a manager he won the French League with Marseille in 1991, Bundesliga and UEFA Cup with Bayern and the World Cup with the national team.

One of the greatest of this generation and Champions League king – not anyone can do what Zidane did with Real Madrid. Not since 1958 had a Real side won a league and European Cup double. Zidane did it in just his second season; his first also included the Champions League remember. And then he completed the hattrick of UCL triumphs in the very next season. It puts him very high among the greatest footballers turned managers list.

As a player, he’s a World Cup and European Championship winner. He is also a league winner in both Italy and Spain at Juventus and Real Madrid where he also won the Champions League as a player. In that triumphant 2003 final he scored one of the greatest volleys in football history.

He was also the manager of the Brazil team that won the FIFA Confederations Cup and Copa America in 1997, as well the teams that finished runner-up in the 1998 World Cup and 1995 Copa America.

Guardiola is widely considered as the finest manager in the game today. His exploits with Barcelona in his first top-level coaching role were breath-taking to say the least, and he’s played a key role in making modern greats such as Andres Iniesta and Lionel Messi the players they are today. At Manchester City, he has brought the best out of players like Sterling, De Bruyne and even Aguero.

He spent the majority of his playing career with Barcelona, forming a part of Johan Cruyff’s “Dream Team” that won the club’s first European Cup in 1992, and four successive La Liga titles from 1991 to 1994. He later captained the team from 1997 to 2001. He then played for Brescia and Roma in Italy, Al-Ahli in Qatar, and Dorados de Sinaloa in Mexico while training to be a manager.

In his first season as manager, Guardiola guided Barcelona to a treble, winning La Liga, the Copa del Rey and the UEFA Champions League. He won fourteen trophies with Barca as a manager. He then moved to Bayern Munich. He finished his term at Bayern with seven trophies won, winning the Bundesliga all three seasons he was there, including two domestic doubles.

He then joined Manchester City in 2016, and so far has won seven trophies with them too including the Premier League twice. He could top this list of greatest footballers turned managers in the near future.

As a player, Cruyff won the Ballon d’Or three times, in 1971, 1973, and 1974. In the 1970s, Dutch football rose from near obscurity to become a powerhouse with Cruyff being the leader. He led the Netherlands to the final of the 1974 FIFA World Cup and received the Golden Ball as player of the tournament.

At club level, Cruyff started his career at Ajax, where he won eight Eredivisie titles, three European Cups and one Intercontinental Cup. In 1973, he moved to Barcelona for a world record transfer fee, winning La Liga in his first season and was named European Footballer of the Year. After retiring from playing in 1984, Cruyff became highly successful as manager of Ajax and later Barcelona; he remained an influential advisor to both clubs.

He revamped the Barcelona youth academy and implemented his new tactical system from top to bottom, throughout every age grade and up to the first team.

We’re all familiar with the successes of the modern Barcelona, and the key to it has been the core of players taken from their ‘La Masia’ youth academy, which was the idea of the Dutchman himself.