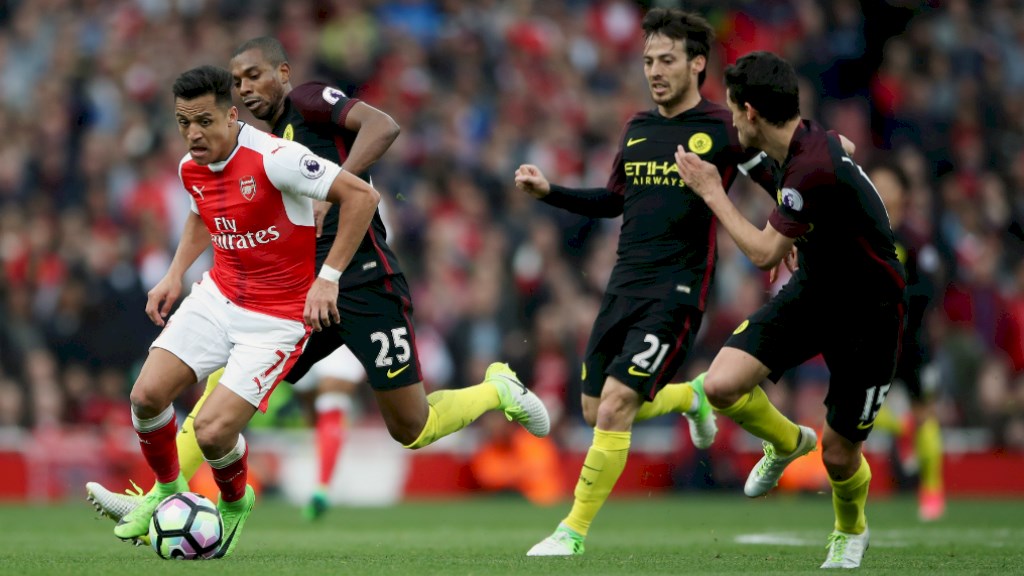 Manchester City’s first season under Pep Guardiola was more or less disappointing.A lot was expected of him when he was appointed the manager of the club in the summer of 2016 replacing a successful Manuel Pellegrini.However,a 3rd place finish in the league,semifinal exit in the FA Cup and elimination from round of 16 in UCL is way below his usual standards.

One of the main reasons for City’s struggle this season was their defence.John Stones failed to adapt to his new club and made a lot of mistakes.The right-back position was also a reason for concern for Pep as both Zabaleta and Sagna were outrun by opponents in that flank.Guardiola even tried Navas and Fernandinho in that position but none of them were entirely convincing.However,none of these players struggled as much as the man between the posts – Claudio Bravo.Bravo was signed as a replacement of long time City employee – Joe Hart.One of the reasons given by Guardiola over signing of Bravo was that he is good with his feet and his ball distribution ability is superior to that of Joe Hart.Pep certainly took a gamble in replacing him with Hart -a gamble he miserably failed.

Bravo was really poor for Man City making numerous mistakes that cost them and then got injured at the end of the season.In Bravo’s absence City’s second choice goalkeeper Willy Caballero played well and put in some decent performances that looked good enough to earn him a new contract.However,it wasn’t to be so,Caballero along with Clichy,Sagna and Navas were released from the club on 26th May as Guardiola look to overhaul the squad.So let us have a look at the list of players that Manchester City could sign this summer.

Having signed Bernardo Silva yesterday,here are the remaining players that Manchester City could sign this summer –

The 23-year-old,Ederson Moraes is City’s priority transfer target of the summer transfer window and Pep Guardiola is a huge admirer of his ability.

According to the Portugese newspaper ”Record” report, Ederson’s departure from Benfica and arrival at City will be announced within the next few days, and this would mean his last game is the Taça de Portugal final, played tomorrow.

Upadate:Moares is signed and is given jersey no.31.

Pep Guardiola has added Jack Butland to the list of goalkeepers he is considering this summer.The Manchester City manager has been keeping tabs on the England international, who was long-tipped to succeed Joe Hart as Three Lions No1.The 24-year-old’s progress has been hampered by injuries at Stoke, but he remains highly rated and continues to be monitored by City.

However if the Ederson deal go through ,it is unlikely that City will sign him too.

Manchester City’s are still showing interest in signing Sunderland’s Jordan Pickford,who is likely to leave his current club this summer.However,Everton are favourites to sign him.

England international Walker is among City’s top targets this summer with City boss Pep Guardiola a big fan of the attacking right-back.

Walker has been linked with a move to Manchester City for some time and the club are certainly on the lookout for a right-back since the confirmed departures of Pablo Zabaleta and Bacary Sagna, Kyle Walker fits the bill.

Tottenham are reluctantly considering cashing in on Walker this summer as they feel they have a ready-made replacement in Kieran Trippier.

If City are to be successful in their capture of Walker, though, they will have to fight off reported interest in his services from Premier League champions Chelsea and Bundesliga title holders Bayern Munich in a three-way battle.

After signing Bernardo Silva,Guardiola will now reportedly make a €50m swoop for another Monaco star who has impressed in both the Champions League and Ligue 1 throughout the season.

Pep Guadriola is optimistic about bringing Monaco left back Benjamin Mendy to the Etihad this summer.Monaco is already in the market for his replacement and targeting Aston Villa’s Jordan Amavi,This gives us a hint that the deal is likely to complete soon.

Manchester City are leading the race for Monaco defender Fabinho according to reports.

The 23-year-old Brazilian, who can play at right-back or in midfield, also has interest from Manchester United.His versatility could give Pep Guardiola more options on the right flank next season.

Monaco won the Ligue 1 title this year, over PSG, and even though their defence was at times questionable, they owed a lot of their stability to Fabinho. He would be another ideal signing for City this summer.

Manchester City are reported to be extremely interested in Alex Sandro who is imposing himself as one of the best left-backs in Europe.

Manchester City are ready to splash the cash to sign the 25-year-old.But they will only do so if they fail to land Benjamin Mendy.

After Arsenal’s failure to secure a place for next year’s Champions League,it is very likely that Sanchez will leave the club.

Manchester City and Bayern Munich,both are interested in signing the Chilean.El Mercurio reported that Fernando Felicevich, Sánchez’s agent, has had discussions with Bayern Munich about a £50 million transfer to the Bavaria giants, while the Mirror claims that Pep Guardiola is favourite to sign the player.

If City can sign Sanchez they will have the best attack in the Premier League!

However we have only included players which we believe are likely to join the club.