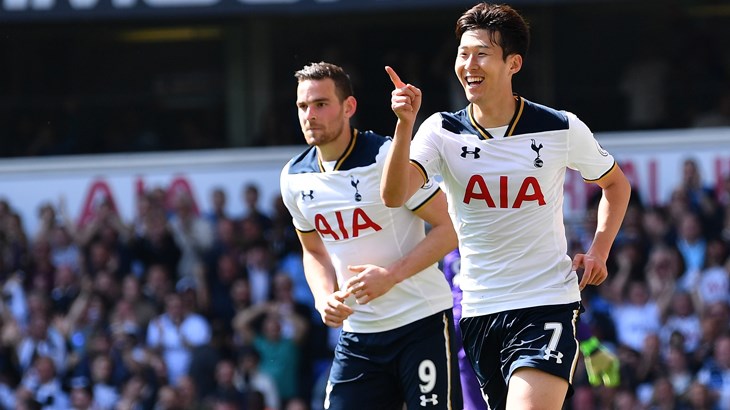 He arrived with a pedigree at Man Utd from Borussia Dortmund in 2012. Kagawa failed to live up to the initial expectations during his two-year stay in Premier League and moved back to Dortmund in 2014.

He was often played out wide on the left, rather than in his favoured number ten role to accommodate Wayne Rooney and Robin van Persie.

However, he did play his part in United’s 2012-13 league winning season by scoring six goals in 20 appearances. 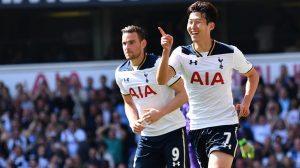 Son signed with Spurs from Bayer Leverkusen in the summer of 2015 for £22 million, by far the club’s most expensive buy of the year. But while Tottenham surged to third in the league, Son struggled and with a glut of wingers.

Before the 2016-17 season, he reportedly asked Spurs manager Mauricio Pochettino for permission to leave Tottenham in an attempt to get more playing time, but was instead given a chance to fight for his place at Spurs.Pochettino maintained that he could succeed at White Hart Lane, though, just like he believed when he signed him.

On 10 September 2016, Son scored two goals and created a third in his first appearance of the season, in a 4–0 win against Stoke City.Son followed that performance up with a second brace, coming at Middlesbrough on 24 September, earning his team a 1–2 victory.Upon equaling his league goal total from the previous season in 25 fewer matches, Son was hailed by Pochettino as “a different person – he’s more mature and he knows the league and he’s settled in fantastically now.”

Son Heung-min was named Premier League Player in the Month for September, making him the first player from Asia to ever win the award.Son scored 21 goals in the season and helped Spurs in finishing second in the league.

The Japanese centre-back joined Southampton in 2012 on a three-year contract for a fee thought to be in the region of £3 million.Since then he has played more than 130 matches for the club.

The calming influence he possesses is a real quality, even when one or one in defence or last man on the goal line he remains relaxed and deals with the situation to the best of his ability.

In January 2015, Southampton announced that Yoshida and the club had agreed terms to an extension of his contract until 2018.

Lee Chung-Yong joined Bolton Wanderers in 2009 from FC Seoul.The South Korea winger was superb for Bolton during his first season in the Premier League, scoring four goals in 34 appearances.

The 26-year-old spent six years with Bolton, before joining Crystal Palace on the final day of the January transfer window in 2015.Lee’s contract at Crystal Palace runs to June 2018.

Lee Young-Pyo’s energy and attacking threat helped PSV to reach the Champions League semi-final in 2005, and Tottenham boss Martin Jol hailed him as the “best left-back in Holland” after bringing him to White Hart Lane ahead of the following season.Tottenham signed him amidst heavy competition with several Serie A clubs.

At Tottenham, Lee was an immediate hit and earned a spot on the Premier League’s best eleven in his debut week. The former South Korea international competed with Benoit Assou-Ekotto for the left-back spot at Spurs, and he made 93 appearances for the club before signing for Borussia Dortmund in 2008.

On 31 August 2012, Dejagah joined Fulham on a three-year deal with an additional year’s option.He became only the third Iranian, after Andranik Teymourian and Karim Bagheri, to play in the Premier League.

He spent two seasons with the club and played regularly during that time.He made his league debut on 20 October, in a 1–0 home win against Aston Villa, coming off the bench for Fulham with 20 minutes remaining.He went on to make 44 league appearances for the club.

Dejagah was voted by fans as Fulham’s player of the year at the end of the 2013-14 season.On 29 July 2014, Dejagah left Fulham to join Qatari club Al-Arabi.

On 24 August 2012, Ki joined Swansea City for around £6 million on a three-year deal, which was Swansea’s record transfer fee until it was broken by Wilfried Bony.

Ki Sung-yueng is known for his vision, technique, long-range passing and shooting, along with his good set-pieces.

On the 4 July 2011 Al-Habsi joined the club permanently, signing a four-year contract for an estimated £4 million transfer fee from Bolton.Al-Habsi established himself as an outstanding penalty saver, saving approximately 50% of all the penalties he faced since joining.He was named Wigan’s player of the season for 2010–11.

During the back end of the 2012–13 season, Al-Habsi was dropped to the bench as his position as Wigan’s number one was threatened by the arrival of the athletic, young Spaniard Joel Robles on loan. The following season Wigan were relegated back to the championship.He left Wigan for Reading in 2015.

Sun Jihai is arguably the most successful Chinese footballer player to have played in Europe.Manchester City signed Sun Jihai from Chinese side Dalian for £2 million in 2002, and his solid defensive play quickly made him a fan favourite. He became the first Chinese player to score in the Premier League when he headed in during City’s 2-0 win against Coventry in October 2002.

The defender spent seven seasons with Manchester City and made 168 appearances for the club, but the influx of money at the Etihad eventually pushed him out, and he signed for Sheffield United in 2008.

Park joined United from PSV for around £4 million in 2005.Park spent seven seasons at Old Trafford and won all the possible club honours during his time with the Red Devils.

He moved to Queens Park Rangers in July 2012 after suffering a reduction in his number of appearances for Manchester United the previous season.On 14 May 2014, Park announced his retirement from football, citing his knee injury as the reason for his departure.