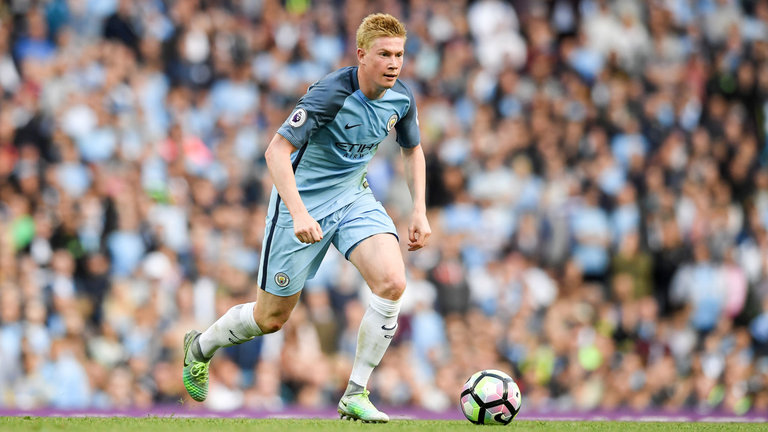 Kevin De Bruyne is fast turning the Footballer of the Year award into a one-horse race. It’s not even January yet and Manchester City star has got one hand on the PFA Player of the Year already.

Manchester City are currently running away with the Premier League title, having dropped just two points in the league all season. Pep Guardiola’s side are currently on a 16-match winning run and one of the major reasons for their superb form has been attacking midfielder Kevin De Bruyne.

Under Pep Guardiola, De Bruyne plays a bit deeper than before. He was once a playmaker who also operated on the wing, but now usually takes up a deeper role which enables him to dictate the tempo better and become even more influential in building moves.

De Bruyne averages more than three key passes per game and has a passing accuracy of over 80%, figures that are world-class for an attacking player. Along with David Silva, De Bruyne dictates the play for Manchester City and is their most important player in their squad.

He led the Premier League with 18 assists last season, and despite playing in a deeper role than usual this season, De Bruyne’s numbers has not gone down. The former Chelsea midfielder has six goals and eight assists in the league so far.

But even these stats doesn’t do him justice. De Bruyne is usually busy generating moves, and thus not always credited with the last pass. Technically, he only had two assists to his name in October’s 7-2 demolition of Stoke. In reality, he made crucial contributions to six of the goals, and was absolutely unplayable with an array of defence-splitting through-balls.

In Pep Guardiola, De Bruyne has a manager who is not afraid to let his players take risks. The emphasis is on getting him and David Silva into positions to create chances. De Bruyne is also indebted to Fernandinho, who shields the defence to give City’s creative geniuses the platform on which to shine.

Add decent defensive qualities, tactical discipline and stunning awareness, and what you have is a perfect midfielder.