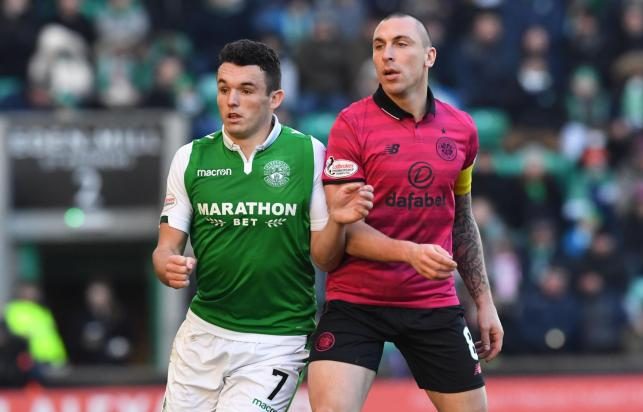 The Hoops squeezed into the Europa League by finishing third in their Champions League section. Manager Rodgers has vowed to make sure his team is better prepared for the first knockout clash in February. Here are some players that Celtic could sign in January –

Since 2014 Michel Vorm has been the perfect deputy for Hugo Lloris at Tottenham Hotspur. Ever since he signed, there has been a feeling that he is too good to play a back-up role, even though he appears content enough doing so.

Having represented Holland, Vorm is a talented goalkeeper who would improve a handful of Premier League sides, including Newcastle United and Crystal Palace, and even Scottish champions Celtic.

The Dutch goalkeeper has been unable to threaten Hugo Lloris’ position as Tottenham Hotspur No.1, but he remains a fine shot-stopper with positive distribution. These are traits that would go down well at Celtic, and not only from a tactical perspective.

Craig Gordon is 34 years of age and has made several glaring errors this season, provoking discussion over the need for the Scottish side to sign a replacement. Vorm, whose contract is up at the end of the campaign, would be an ideal successor.

McGinn has been spoken of as a Celtic transfer target for quite some time. The Hibs midfielder looks to be the standout footballer not playing in Hoops in Scotland and could be snapped up this winter. He did nothing to dampen speculation of a move away from Hibernian when scoring twice at Parkhead in the 2-2 draw between the sides earlier this term.

His control of the midfield is reminiscent of former Hibee Scott Brown. Broony will be at Paradise for years to come but having a readymade replacement would be an addition who would get immediate playing time and develop into a regular player.

The 22-year-old combines rugged physicality with good technique and an accurate left foot, meaning he would add something different to Rodgers’ midfield. A nice side effect to signing him is that he would no longer be able to take points off of Celtic.

Rodgers has revitalised the careers of the likes of Scott Sinclair since persuading him to join Celtic and Jon Flanagan could do with a similar kick start.

The Liverpool defender burst onto the scene under Kenny Dalglish but injuries hampered his progress and he struggles for any kind of first team action these days. He was at Anfield under Rodgers and played 26 times in the 2013/14 season so he’s a player that the Hoops gaffer will know well.

He would provide solid back up for Lustig and would also be cover for Kieran Tierney at left back.

He’s a full England international and although he has played just once this season for Liverpool at 24 he’s still young enough to turn his career around.

Another young prospect, French defender Sarr’s stock has risen considerably in the past year as he made 27 appearances for a Nice side that finished third and conceded the fewest goals in Ligue 1 last season.

The French U21 international played 31 times for Nice last season, helping the club finish third in Ligue 1. Sarr was born in Nice and has been at the club’s academy since he was five.

With a passing accuracy of 87.2 percent in 2016/17, it’s clear the 18-year-old is a comfortable operator on the ball, a trait that could appeal to Rodgers given his side’s possession-based style.

Despite his 18 years, the centre-back has already established himself in senior football and with a price tag of just £3.6million he could represent excellent value in the future.

The Reading defender was high on Brendan Rodgers’ wishlist and he would cost around £5m. The 24-year-old can play at either centre-back or right-back, and Rodgers is set to test the resolve of his former club by attempting to sign Moore in the new year.

Moore started his career at Leicester before joining Reading and was a key player as they narrowly missed out on promotion to the Premier League last season.

He only signed a four-year deal last August so it won’t be easy to get him away from the Madjeski Stadium in the January window.

Celtic were linked with the Uruguayan defender earlier this year when he was struggling to break into Southampton’s first team, and could revive their interest in the 30-year-old.

The highly-experienced South American, has enjoyed stints at Barcelona, Sevilla and Juventus before Southampton let him join Italian outfit Verona for £3.6million.

Caceres could prove to be a brilliant addition if he shows that his quality is still there and his injury problems are in the past, but at the moment, it is surely a big gamble for the Hoops to bring him in this winter transfer window.