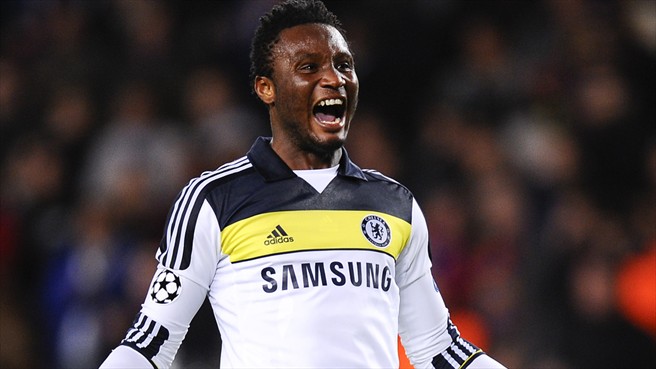 Being more of a holding midfielder, he fit into Jose’s defensive plans perfectly in the 2006/07 season, impressing on many occasions. He was calm and solid, except for being involved in a fracas during Chelsea’s league cup final triumph of 2007, where Toure, Adebayor were sent off alongside him. Manager Jose Mourinho was known to have problems with Mikel’s lifestyle and discipline and was dropped for all matches for over a month, his family voicing their concerns over his discipline as well. His performances didn’t deter the club in thinking about offloading him elsewhere and his career looked set to finish at Chelsea before it gained any real momentum. 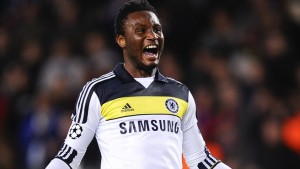 But it wasn’t to be, as it was decided he would stay at least he played out his contract and stay he did. He continued impressing in the defensive midfielder role, but being a hothead, he was sent off twice that season, but managed to round off the season with good performances. Disciplinary issues aside, John Obi Mikel’s first two seasons had been good but that was where it ended, at least according to Chelsea fans. The next season saw the departure of Claude Makelele to PSG and thanks to the injury ridden Essien, Mikel now had more playing time in the defensive midfield position, it was his time to shine; but not to be. His frailties had been incessantly pointed out, his passing lacked creativity and he lost the ball too cheaply prompting opposition counters, a complaint he has been receiving for many years from analysts now.

So what had prompted managers to keep a man in the squad who offered so little and had no fan support? Great managers have come and left Chelsea FC but the impending sale of John Obi Mikel never became a reality. In short, managers did see something in him that deemed him worthy of a place!

Chelsea fans are often skeptical about his play but the truth is Mikel is a very good holding midfielder, the kind of man you want in the last 10 minutes of the game while you have a 1 goal lead over the opposition. Managers have used him to play the full 90 minutes, while some gave him the chance to perform only in the dying embers of the game. In both of those scenarios, John Obi Mikel has performed. Fans shouldn’t expect Mikel to play a dazzling through ball which cuts the opposition in half, nor should they be expecting to see him in link-up play, and it is this expectation of the fans that has clouded his solid holding midfielder performances, wherein he has kept leads intact, made necessary tackles to stop a counter-attack and provided cover to the defence. He has shown this kind of form in many big games, the most notable of which include the Champions League final of 2012 against Bayern Munich

Mikel was hailed by Sky Sports pundit Jamie Redknapp as playing an excellent game putting in “a performance that I didn’t think he had in him; he was putting out fires everywhere,” as Chelsea claimed a 4–3 victory in the penalty shootout.

Mikel had seen a drastic fall in playing time under Jose Mourinho’s second reign at the club, which only fueled rumours of his imminent transfer. But time and time again Jose Mourinho had used Mikel to hold the lead in final few minutes, a job which he has excelled at in many matches of his career at Chelsea.

Now, under the reign of Guus Hiddink, Mikel seems to be in un-benchable form, which has prompted him to start in all matches, leaving aside an F.A Cup encounter against Scunthorpe. Him, alongside Diego Costa have been the brightest spots in Guus Hiddink’s regime, which has left many fans surprised as to what has brought this transformation in him, from being a scapegoat to being one of the most dominant players on the pitch. One might think this is finally Mikel’s time in the spotlight and his opportunity to thrive and shine in it