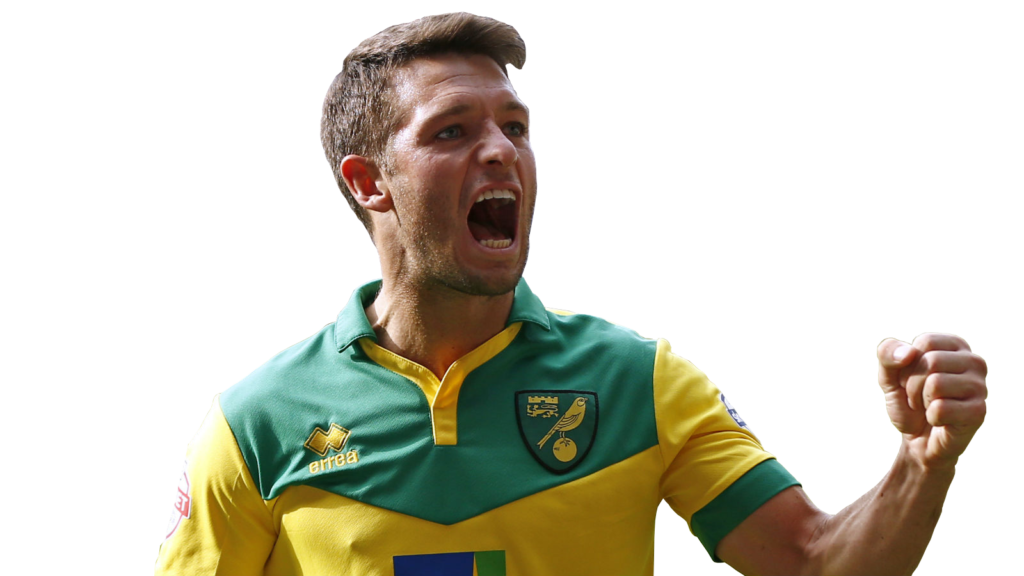 After an incredible season in the English Championship, Norwich City are back into the Premier League again. The club was founded in 1902 and since 1935, Norwich have played their home games at Carrow Road. Norwich have won the League Cup twice, in 1962 and 1985. Many great players have donned the Canaries’ top over the years. In this article, we will have a look at some of the greatest Norwich City players ever.

Taking into account various factors like skill, impact on the club, longevity, passion, etc, here are the 10 greatest Norwich City players ever.

Welsh international Mark Bowen was with Norwich City for nine years from July 1987 until the summer of 1996. He played in both full-back positions, sweeper, up-front and all positions across midfield for club and country.

Bowen was a key member of the Norwich team that finished third in the inaugural season of the FA Premier League (1992–93) and qualified for the UEFA Cup as a result. In the second round of the UEFA Cup run, Bowen scored one of the most famous goals in Norwich City’s history when his header put Norwich 2–0 up in the away leg against FC Bayern Munich.

Bowen was highly regarded by the Canaries’ fans. In a survey in 2002, to mark the club’s centenary, Norwich fans voted Bowen the club’s best ever left-back and put him in the club’s ‘all-time XI’. He is also a member of the Norwich City F.C. Hall of Fame.

In July 1997, Norwich City manager Mike Walker paid £850,000 to Wolves to secure the services of Roberts. Almost half of his playing career was with Norwich, where he overcame a weak start to become a fan favourite.

At his peak, he scored 61 goals in three seasons and finished with two goals in his final game as Norwich achieved promotion to the Premier League. Overall, he scored 96 goals in 306 games for Norwich. Local Norwich football newspaper The Pink’un described him as “one of the greatest goal scorers ever to pull on a Norwich City shirt” and he was elected to the Norwich City F.C. Hall of Fame.

Norwich announced at the end of April 2018 that they would not be renewing Wes’s contract. His final and 352nd game for Norwich was the 2-1 home win against Leeds on 28th April 2018 in which Wes scored City’s first goal and set up Josh Murphy for the winner.

Steve Bruce was one of Norwich’s most inspirational signings. Costing only a total of £135,000 from Gillingham, Steve was an excellent central defender and club captain. He won the supporter’s Player of the Year in his first season despite an own goal on his debut at home to Liverpool.

Bruce played in every match as Norwich won promotion back to the top division at the first time of asking in the 1985–86 season, after which he was chosen to replace the departing Dave Watson as club captain. The following season he helped the club to its highest ever league finish of the fifth position. He also won the League cup in 1985. Norwich fans remembered his contribution, and in 2002 voted him into the Norwich City Hall of Fame.

Grant Holt became Norwich’s biggest signing of the 2009 pre-season when they paid a fee rumored to be £400,000 for his services to Shrewsbury. In his first season at Carrow Road, Holt scored 30 goals and was named Player of the Season.

In December 2010, after an impressive start to life in the Championship and a hat-trick against Ipswich, Grant was linked with a move to the Premiership with West Ham, Wigan, Blackpool and Bolton all linked with him. Norwich responded with a six-word statement “Grant Holt is not for sale”. He also won the Norwich City Player of the Year award in three consecutive seasons, helping Norwich to back-to-back promotions, and became the sixth-highest goalscorer in their history.