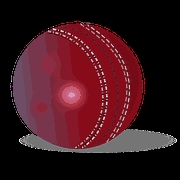 With the increasing popularity of t20 cricket,test cricket is losing its charm.So,what are the ways to cope with?Whether the start of day-night tests will help its cause?only time will tell.

Recently BCCI received criticism for making too much spin friendly wickets in the on-going series between India-South Africa,that resulted in 2 test matches finishing in 3 days.But was the criticism valid?We have seen test matches finishing in less than 3 days in England,South Africa etc Only difference is that unlike spinners who rule here ,its the fast bowlers who makes the batsman dance there.If we can have picthes where the ball keep seaming throughout a test match,then why aren’t we prepared to have a pitch where the keep spinning throughtout a match?Or is it mandatory to have a batsman friendly pitches here in the subcontinent ,with spinner coming into play only in the fourth or fifth day!

If we want to save the glory of test cricket ,we need to do something different than expected.Like creating pitches that are not just batsman’s paradise but it must also have something for the bowlers and most importantly we want results in every matches.