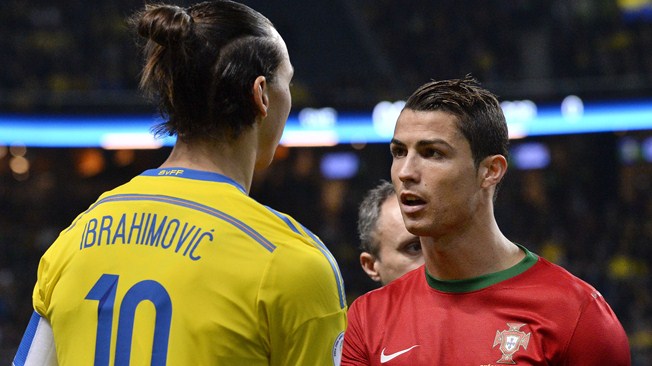 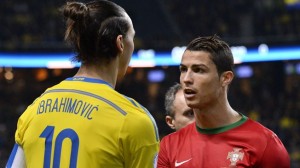 But they sadly got divorced when Zlatan was 2 years old. Zlatan had a tough childhood and he almost gave up football at the age of 15 had it not been for his coach at Malmo.

Aged 15, he was on the verge of quitting football to work at the docks in Malmo but his coach at Malmo FF convinced him to pursue a career in football. Thankfully Ibrahimovic heeded to the advice and we all know how his career panned out.

Ibrahimovic was eligible to represent both Bosnia and Herzegovina and Croatia through his parents in addition to Sweden. Croatia did try to persuade Ibrahimovic, but he opted to play for Sweden and is now the nation’s all-time leading goal scorer.

A popular figure in world football, the Real Madrid defender Pepe was born in Brazil but was never selected for any of their youth levels after moving over to Portugal to further his club career.

He gained Portuguese citizenship in 2007 after six years at Maritimo and Porto, and in the same year he both made his Portuguese debut and earned a dream transfer to Madrid.Since then he’s been an important member of  Portugal’s side.

The Ex-Arsenal forward was just 2 years old when his family emigrated from Poland to West Germany, where they were immediately given citizenship due to Podolski’s grandparents being German nationals.The 29-year-old has claimed that the Polish federation only showed an interest in him after he’d started playing for Germany’s youth sides, by which point his international future had been decided upon.

He is now a World Cup winner!

Born in Lagarto, Brazil, Diego Costa’s robust playing style attracted the attention of Brazilian national team coach Luiz Felipe Scolari in 2013, when he played in friendlies against Italy in Geneva and Russia in London.

However, later that same year Costa decided that he wanted to switch to the Spanish national team having gained nationality through his six years at Atletico Madrid, a decision which surprised many given that the World Cup in Brazil was on the horizon.

Costa made his Spain debut almost exactly a year after first turning out for Brazil, and although the then-holders endured a torrid World Cup, you can bet that the Chelsea forward will be at the forefront of any success they achieve in the near future.

The former Arsenal midfielder was born to a Portuguese father and Spanish mother in France.

He played football at the youth level with Reims before making his professional debut with Metz in 1993.

His decision to play for France proved to be a beneficial one as he won the World Cup in 1998 and the Euro in 2000.

Evra was born in Senegal to a Guinean father and a Cape Verdean origin mother. Evra was one of the 25 children and they moved to Brussels when he was one year old. Two years later, they moved to France and Evra started his football career there. He was eligible to play for Senegal but his experience wasn’t pleasant when he played for them at the age of 10. He chose France eventually and has been a key player for them.

Ten years later, however, and after his move to Madrid, Di Stefano acquired Spanish citizenship and went on to turn out 31 times for his adopted country, scoring 23 times despite missing out on the 1958 World Cup in Sweden when Spain failed to qualify. He retired from internationals after helping Spain to the 1962 World Cup.

Another talented Premier League teenager with an international choice to make was Liverpool’s Raheem Sterling, who was born in Kingston, Jamaica, before emigrating to London with his mother when he was five.

After being educated at the Queens Park Rangers academy, he was snapped up by Liverpool boss Rafael Benitez when he was 15 and has never really looked back. He made his England senior debut in 2012 having risen through the youth ranks, and in the summer he was the only member of Roy Hodgson’s World Cup squad who was born outside of England.He is 3rd in our list of ‘Football Players Who Could Have Played For A Different Country’.

The former Werder Bremen and Bayern Munich man was actually born in the Polish city of Opole to Polish parents. His father, Josef, played for the local side Odra Opole and went on to play for Auxerre. At the age of eight, young Miroslav decided to join his father in Germany, where he held German nationality.

By the time he had established himself as a regular in the Kaiserslautern side in 2001, Klose had attracted the attention of both the German and the Polish national sides. The coach of the Polish national side, Jerzy Engel, tried his best to try and convince Klose to play for the country of his birth, but he declined, insisting he wanted to play for the Germans. He has since earned 130 caps and won a World Cup!

Real Madrid and France legend Zinedine Zidane’s parents Smail and Malika immigrated to Paris in 1953 from Northern Algeria before the start of the Algerian war.

His family settled in Paris initially but moved to Marseille in the mid 1960s in search of work. His father worked as a warehouseman and a night-watchman and his mother was a housewife. They lived in Marseille’s suburb of La Castellane which was notorious for its high crime rate and unemployment.

In 1972, Zidane was born there as the youngest of five siblings and it was at Castellane where Zidane was introduced to football when he was just five years old.

Zidane was eligible to play for France because he was born there and for Algeria because his parents were born there. It is rumoured that the Algerian coach Abdelhamid Kermali was of the opinion that Zidane was not fast enough and thus decided against picking him for Algeria.

Zidane went on to represent France at the International stage and won the 1998 FIFA World Cup as well as the 2000 UEFA European Championship with his adopted homeland.

It concludes our list of ‘Football Players Who Could Have Played For A Different Country’.

Sports Persons Who Died On Field