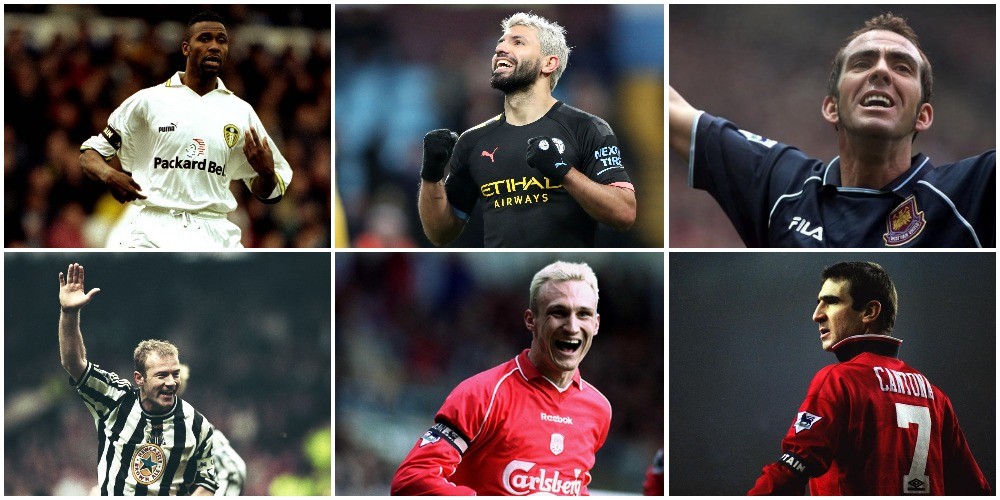 The premier league is the most-watched football league in the entire world. People around the globe wait at odd hours to see their favorite teams win. This has made the premier league clubs richer than ever, and this leads the clubs in the league to sign world-class players and offer them higher wages. This advantage has led to some superstars being signed by the Premier League clubs. In this article, let’s look at 25 best premier league signings ever.

After a shaky first year, De Gea showed everyone why he was the best. His performance during the 17/18 season is one of the best seasons ever by a goalkeeper in Premier League history. If you add his two league titles, he easily makes his place on the list.

Hazard wanted to play for the champion league winner when he moved to Chelsea for a mere £30m. He won two league titles, two Europa league, and an FA Cup in his time at Chelsea. More often than not, he was the best player in the premier league during his time. Moreover, not everyone can command £100m at the age of 29.

Leeds was a champions league club in the 90s and early 2000s. In the heart of their defense was Lucas Radebe. The South African was brought for just £300,000 in 1994 and played for the club till 2005 before getting retired. He is definitely among the best premier league signings ever.

The lesser famous of the Touré brothers played a big part in Arsenal Invincible season. The signs look even remarkable when you notice he was brought for just £150,000 in 2002. He served the club for 7 years before moving to city and helping Arsenal make £15m profit.

It is impossible to find players who started as a right-back and then went on to become a world-class right-winger. His performance was so majestic that Real Madrid agreed to pay £90m for his services. Just look at some of his goals, and you would understand the player he was before he started playing golf.

Harry Redknapp and West Ham took a big chance when they brought Di Canio from Sheffield Wednesday in 1999. The controversial Italian striker did not disappoint with lavishing performance in a West Ham Shirt, placing himself firmly among the best premier league signings ever.

A lot of questions were raised when Man City signed Yaya Toure from Barcelona for £24 million. However, very soon all the questions were answered by Toure’s performances on the pitched. He scored a number of key goals, most notably the only goals in the 2011 FA Cup semi-final and final. He also helped City earn their first league title in 44 years.

Roy Keane was transferred to United for a British record fee of £3.75m from Nottingham Forest in 1993. He is the best Premier league signings ever. The midfielder was one of the main reasons for the invincibility cloak that United wore under Sir Alex Ferguson.

Zidane was upset when he heard that Makelele was leaving Real Madrid for Chelsea in 2003. His impact on the Premier League is such that the defensive midfield role is quoted as “the Makele role.” His two premier league titles are more than enough to place him on the list.

Vidic is regarded among the greatest defenders to play in the Premier League. He was signed from Spartak Moscow in 2006 for £7m. . Vidić then established a prominent defensive partnership with Rio Ferdinand the following season, earning a reputation as one of the world’s best centre-backs during his prime, due to his defensive consistency and awareness, as well as his strength, leadership, and ability in the air.