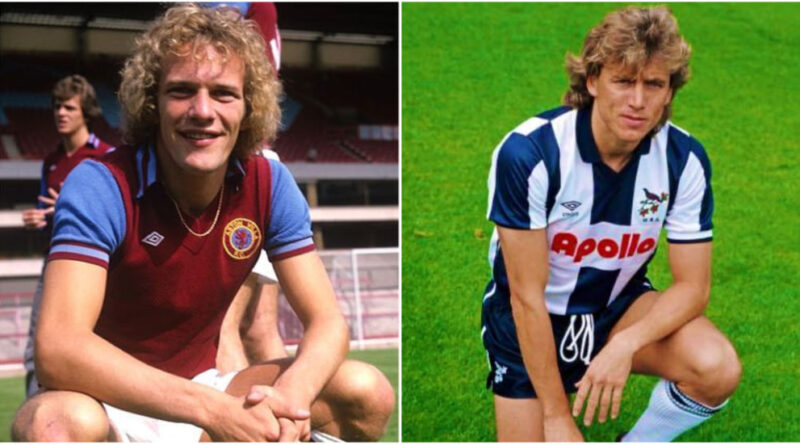 Ugo Ehiogu spent his youth career at The Hawthorns between 1989 and 1991 before he was sold to Villa for a mere £40,000. It turned out to be a good bit of business for Villa as the defender played over 300 times for the club in nine seasons.

He was sold to Boro in 2000 for £8m, of which Albion received 50% with a sell-on clause. He was close to rejoining West Brom on loan in 2006, but Middlesbrough cancelled the move when a number of their players became injured.

Jimmy Dugdale started his senior career with West Brom in 1952. He played for Albion for the next four years. He was part of the side that won the 1954 FA Cup, beating Preston 3-2.

Dugdale moved to Aston Villa in 1956 and played over 250 games for the club. He won another FA Cup in 1957, this time with Aston Villa when they beat Manchester United.

Cyrille Regis was the definition of a West Bromwich Albion legend. He was at The Hawthorns between 1977-84, scoring more than 100 goals and forming part of the ‘Three Degrees’.

Regis would go to tick another three clubs off in the region, as he went to Villa following a spell with Coventry, before going on to have a short spell at Wolves. Regis spent two seasons under Big Ron again at Villa from 1991. He partnered with Dalian Atkinson up front in the inception of the Premier League.

Nigel Spink signed for Villa in 1977 as a 19-year-old from Chelmsford City. His big break came in the 1982 European Cup final, when Villa’s first choice keeper Jimmy Rimmer was injured and Nigel Spink was forced into action. Spink performed superbly, keeping a clean sheet, and Villa won the game 1–0.

He spent 19 years at the club before signing for West Brom in 1977. Spink was only at Albion for a season and played 24 times in that campaign.

Gareth Barry is one of Villa’s best academy products of the last 25 years. He holds the record for most Premier League matches, with 653 games played. He came through the ranks at Villa amd made over 400 appearances for the club in 11 years.

Barry left Villa for Man City in 2009 and won a Premier League and FA Cup. Barry then spent a couple of seasons at Everton before joining West Brom in 2017. He was part of the side that dropped down to the Championship – but he broke the Premier League appearances record while at the club and turned out more than 50 times scoring two goals.