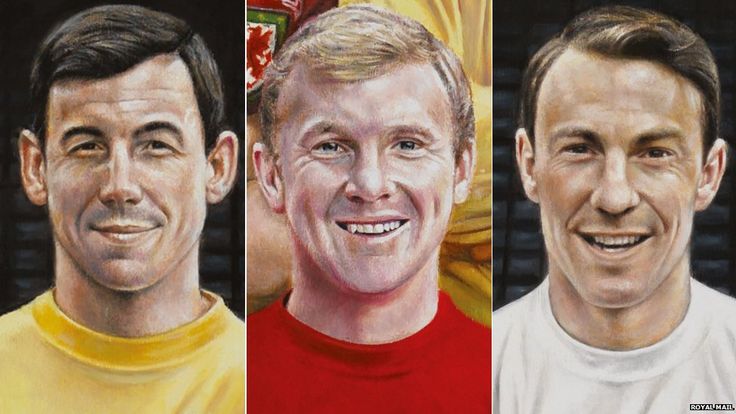 England’s national team won the FIFA World Cup in 1966, hosting the finals and defeating giant West Germany. Since then they didn’t achieve much success in international football. Nevertheless, English football holds its glory by presenting some legends throughout history. In this article, let us have a look at some of the ‘best English footballers ever’.

He is the list of 10 best English footballers ever.

David Beckham has to be considered as the best player of the recent generation of English footballers. Beckham burst onto the international scene in 1996 and earned 115 caps during his illustrious career with the national team.

He had stiff competition, and his style was far from conventional, but he made it work. A winger without pace, what Beckham possessed that few then and few now can match was an ability to pick a pass – or more often, a cross – of any range and with immaculate precision. The role of a playmaker in the position of a winger left many a little more than confused, but the bottom line is, was and always will be that he is the best at what he does.

One of the best English footballers ever, Peter Shilton set out to become the best goalkeeper of all time, On being told he might not make the grade because he wasn’t tall enough, Shilton went home and began a training regime that involved spending hours at a time hanging from the stairs in an attempt to add inches to his frame. He wanted it that badly.

England’s most capped player with 125 caps to his name, Shilton helped himself to a number of England goalkeeping records during his remarkable career – most matches, sixty-six clean sheets, captain fifteen times and second only in terms of age and length of career to Stanley Matthews.

He’s also England’s oldest ever captain, leading the team out at the age of 40 for the Third Place play-off vs. Italy in 1990. He played in the final stages of the World Cup 17 times – a British record – and kept 10 clean sheets, also a record. He went 499 – some say 500 – minutes without conceding a goal, overtaken only by Italy’s Walter Zenga.

In the 1986 World Cup, Shilton will forever go down in history for being on the receiving end of a contentious goal; Diego Maradona’s infamous ‘Hand of God’ effort, one of two strikes that were to doom England in the quarter-final stage.

It is very likely that Edwards would have topped the list of best English footballers ever, if it wasn’t for the tragedy that happened in Munich runway on February 6, 1958. After all, this is a player that Sir Bobby Charlton has admitted made him feel inferior and has also been moved to describe as “simply the greatest footballer of all time”.

Yet Charlton is not the only man who was in awe of Edwards and perhaps the best way to describe him is to use the words of those who knew him best.

Manchester United manager Matt Busby, who handed him his debut as a 16-year-old, called him the most “complete footballer in Britain – possibly the world”.

Lineker had a reputation for being one of football’s nice guys during his playing days, while netting 244 goals for his club sides in 466 games and 48 goals for England in 80 matches, Lineker did not receive a single card, whether it be red or yellow.

The striker made his reputation worldwide for his goalscoring exploits as he shone at both club and international level, in the process earning a reputation as a true gentleman.

His record when playing for the Three Lions saw him score just one goal less than the legendary Sir Bobby Charlton and that is only because he fluffed a penalty in his last ever international at Wembley against Brazil.

“TOM FINNEY WOULD HAVE BEEN GREAT IN ANY TEAM, IN ANY MATCH, AND IN ANY AGE , EVEN IF HE HAD BEEN WEARING AN OVERCOAT.”

During the 1940s and 50s, Finney was a genuine superstar, contesting the right-wing berth in the England team with Stanley Matthews, but possessing the versatility to switch seamlessly to the left-wing and even centre-forward so that both talents could be accommodated in the same line-up. He was twice voted the FWA footballer of the year in 1954 and 1957.

One thought on “Best English Footballers Ever – Top 10 Legends”