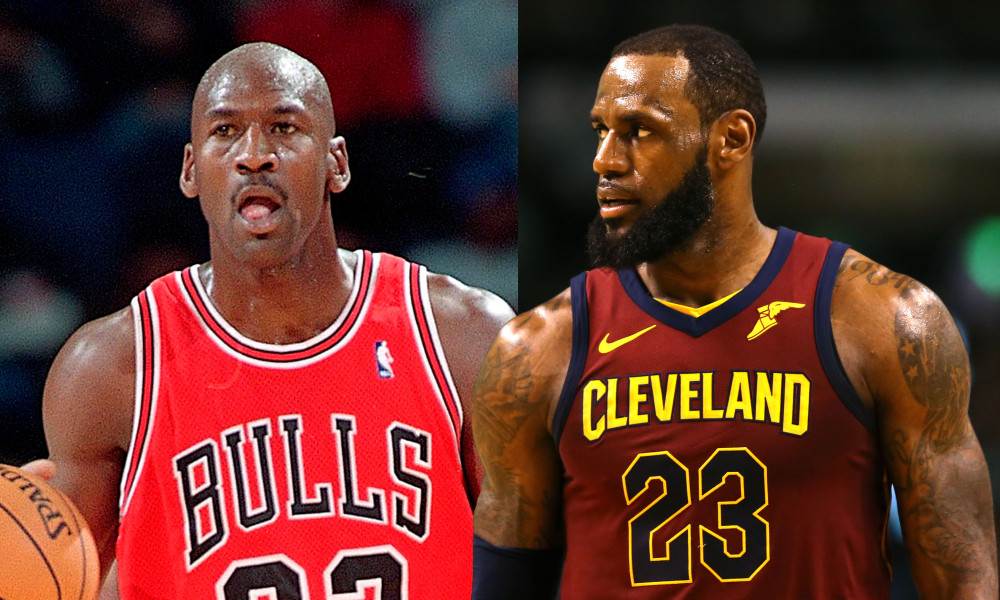 NBA has always introduced exceptional basketball players to the world. But there are very few who leaves their mark behind; THE ICONS. Here is a list of some of the best Basketball players of all time.

Considering dominance, versatility, longevity, accolades and some other factors, here are the top 10 best basketball players of all time.

The man with the “Dream Shake move”, Hakeem Olajuwon, is the most skilled man ever in NBA. His game was so renowned that Kobe Bryant, Le Bron James and Dwight Howard have improved their games under his guidance. He is the only player in NBA history to win the NBA MVP, Defensive Player of the Year, and Finals MVP awards in the same season (1994). His Rockets won back-to-back championships against the New York Knicks, and Shaquille O’Neal’s Orlando Magic.

Currently a sports analyst on Inside the NBA on TNT Shaquille O Neal is considered as one of the greatest players of all time. Shaq would often use his extraordinary bulk (7’1” and 315 pounds) to bully his way to the basket. Once there, he would finish with an emphatic dunk, a foolproof strategy that helped O’Neal lead the NBA in field-goal percentage 10 times in his career.

Known for consistency throughout his years in NBA, Tim Duncan is the driving force behind some of the greatest defenses in history. He led the San Antonio Spurs to several NBA Championships.

Duncan is a five-time NBA champion, a two-time NBA MVP, a three-time NBA Finals MVP, a 15-time NBA All-Star, andthe only player to be selected to both the All-NBA and All-Defensive Teams for 13 consecutive seasons. Off the court, Duncan is known for his quiet and unassuming nature and his active philanthropy.

Larry Bird is considered as one of the most dominant player of all time. Every time he played, he demonstrated fierce competitiveness and remarkable skills. Bird led the Boston Celtics to three NBA Championships, compiling three regular season MVPs and 2 Finals MVPs along the way. Unfortunately, he had a short career due to injury otherwise he could’ve achieved a lot more.

The greatest defender of all time Bill Russel invented some astonishing defensive sequences. He convinced everyone about how great defense can bring about a drastic change in the game. His 11 NBA titles from 13 seasons speaks volumes about his skills. He was a five-time NBA Most Valuable Player and a twelve-time All-Star; he was the centerpiece of the Celtics dynasty. A true legend and one of the best basketball players of all time.

With some mind-boggling basketball tactics Wilt Chamberlain provided quiet an entertainment with his game. He had an average of 50 points in a season and an average of more than 22 rebounds in his entire career. He is statistically the most dominant player in the NBA history.

Known as the definition of unstoppable Kareem Abdul Jabbar is an all-time leading scorer. He has played 20 seasons in the NBA for the Milwaukee Bucks and the Los Angeles Lakers. Abdul-Jabbar was a record six-time NBA MVP, a record 19-time NBA All-Star, a 15-time All-NBA selection, and an 11-time NBA All-Defensive Team member.

A member of six NBA championship teams as a player and two more as an assistant coach, Abdul-Jabbar twice was voted NBA Finals MVP. In 1996, he was honored as one of the 50 Greatest Players in NBA History.

Magic Johnson is regarded as the best point guard of all time and he has led the Los Angeles Lakers to numerous NBA finals. He won a championship and an NBA Finals Most Valuable Player Award in his rookie season, and won four more championships with the Lakers during the 1980s. The point-guard used his large frame to shred defenses with precision. It was always a treat to see him play.

He won the 2008 NBA scoring title, is the all-time NBA playoffs scoring leader, and is fourth in all-time career points scored. He has been voted onto the All-NBA First Team twelve times and the All-Defensive First Team
five times.

Michael Jordan is a timeless basketball player and a true legend. Even his biography on the NBA website states ”By acclamation, Michael Jordan is the greatest basketball player of all time”. Jordan has a never-ending list of accomplishments, to include a few he has six NBA Finals MVP Awards, ten scoring titles (both all-time records), ten All-NBA First Team designations, nine All-Defensive First Team honors, three steals titles, and the 1988 NBA Defensive Player of the Year Award.

Checkout : Most Successful NBA Teams Of All Time