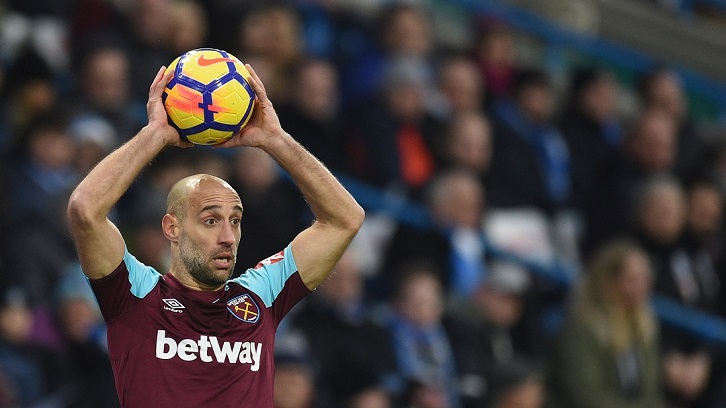 Full-backs play are a great role in attack as well as in defense. They make overlapping runs trying to provide a pinpoint cross for the strikers to feed on and also come running back to stop the opposition’s wingers dribbling inside the box. Full-backs role requires a lot of strength, stamina, pace & creativity. There have been some players in the Premier League who have mastered the art of playing in these positions and in this article we will have a look at some of the best full-backs in the Premier League history.

Riise spent seven seasons at Anfield after joining from Norwegian club Aalesund. The 110 cap Norway international was a solid full back reknowed for his hammer like left foot.

He made 234 appearances for the Reds and was part of the team that famously won the Champions League in 2004, although he will probably be most widely remembered by Liverpool fans for almost breaking the net with this thunderbastard of a free-kick against the Anfield club’s arch rivals Man United.

He left Liverpool in 2008 for Serie A side Roma, before returning to the Premier League in 2011 and playing for Fulham for three seasons.

Le Saux has the ability to bomb forward and deliver dangerous crosses, Le Saux was a rock-solid defender and prevented many goals in his time.  He lifted the Premier League trophy with Blackburn and established himself as one of the country’s top defenders.

Player of Chelsea’s youth system, Graeme Le Saux was re-signed by Chelsea in 1997. Graeme went on to lift the League Cup, UEFA Cup Winner’s Cup and the FA Cup with the Blues in the coming years.

The Cameroonian international was part of the famous ‘Invincibles’ team. A midfielder by trade, Lauren was converted into an attacking right-back at North London. Despite an injury-laden career, the defender made the most of his chances and excelled in the roles assigned to him.

Lauren played a total of 159 games for Arsenal, scoring on seven occasions, including a fabulous strike against Liverpool in what was his second game for the club. Two league titles, three FA Cups and two Community Shield titles were some his major accomplishments in England.

Blessed with pace, Sagna could go on marauding runs down the right flank and cause havoc in the opposition’s defence. His crossing ability is spot-on and has assisted many goals during his stay in England.

That trademark pace and power in attack have made Walker one of the best right-back in the world right now. After spending years with Tottenham Hotspur, Walker is now one of the major player of Pep Guardiola’s Man City. Last season they went on to accumulate 100 points in a season – a PL record.

Known for his ability to run wide and provide brilliant crosses from the left-hand side, Baines has a knack for creating chances from the deep apart from being solid at the back.

While he has lost some pace recently, Baines has a sense of calmness that brings a certain amount of authoritative brilliance. He is a combination of both the solid and the spectacular and quite simply one of the best in his position in the league.

Winterburn joined Arsenal from Wimbledon in 1987 and would go on to to become part of arguably the greatest back four English football has ever seen. Along with right-back Lee Dixon and centre-backs Tony Adams and Steve Bould they would form a formidable defensive unit that was notoriously difficult to breach.

Winterburn would make a total of 440 appearances for Arsenal before finishing off his career with three seasons at West Ham, until his retirement at the age of 39.

Although the England international was more renowned for his defensive ability than his attacking play, many will still remember him for this thunderous last minute winner he struck against Chelsea in 1998.

His never-say-die attitude and commitment towards the game made him one of the best in his position. Unlike most full-backs, Ivanovic was not gifted with blistering pace.

However, his calmness during possession and sensational passing abilities made him a successful right-back. As far as defending is concerned, he produced the goods on a regular basis. Crunching challenges down the right flank followed by a mean diagonal ball was a common sight during his peak.

Pearce also had spells with Newcastle and West Ham, but it is at Forest that he is best remembered. ‘Psycho’ was a no nonsense full-back who gave his all every single time he took to the field, and made up for some technical limitations with incredible displays. A club legend, he also managed 78 appearances for England.

Evra was a world-class left back during his United days. The French international joined United in 2006 from Monaco for £5.5 million, and despite having a nightmare on his debut against Liverpool he would go onto become one of Sir Alex Ferguson’s most trusted lieutenants.

Evra was a superb athlete capable of covering huge amounts of ground, and was equally strong in both attack and defence. He left United in 2014 as a club legend having won five Premier League titles. Now-a-days he is famous for making funny Instagram videos.

A Manchester City legend and current West Ham player, Pablo Zabaleta has always been one of the underrated players. But not for the Manchester City fans, who idolize him and greatly thanks him for the role he played in City’s recent success.

Zaba, as he was known to Citizens supporters, became a fan’s favourite for his immense work-rate and never-say-die attitude. Very few left-wingers got much change out of the crafty Argentine, and he was never shy of getting forward to help his team out in attack.

Even at West Ham, Zabman has been quite consistent and is one of the best players at the club.

Irwin arrived at United in 1990, and truly became a stalwart of Alex Ferguson’s side. He was part of the treble winning team in 1999, and rarely ever put in a bad performance, despite featuring for such a length of time for the club.

Irwin left United in 2002 to finish his career at Wolves having made 368 appearances for the Red Devils and won seven Premier League titles, three FA Cups, a League Cup and the Champions League.

Dixon’s tenure in north London lasted a hugely impressive 15 years, encapsulating 619 appearances – leaving him fourth in the all-time list – until his retirement in 2002. Throughout that time Dixon was consistency personified.

From arguably the hardest position on the field to make a noteworthy impact, the right-back excelled in both his primary duty of defending, and further upfield.

Neville was part of the famous class of ’92 that included Ryan Giggs, Nicky Butt, Paul Scholes, David Beckham and his brother Phil. This group of talented youngster’s would go on to dominate English football for the best part of a decade.

Neville was rarely beaten in one-on-one situations and was extremely intelligent in terms of how he read the game. Going forward he was no slouch either, and he was known for his lung busting attacking runs and dangerous crossing. At his peak he formed a superb partnership with his best friend and footballing icon David Beckham down United’s right, with their understanding was so good it seemed almost telepathic.

Cole started his career at Arsenal and was part of the famous Invincible side that went unbeaten on the way to the 2004 Premier League title. After losing the Champions League final against Barcelona in 2006 the talented left-back controversially decided to move to the Gunners London rivals Chelsea.

He would go to win the Premier League and Champions League with the Blues while his former club went on a decade long run of winning no silverware.