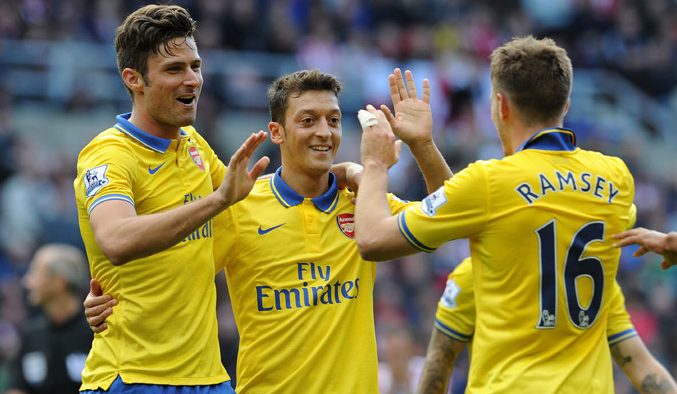 While the ‘Ronaldo or Messi debate is never-ending, there are other players who are playing the games of their lives, playing important roles in their teams but rarely get the credit they deserve.They give their all,but people hardly chant their names in the stands.Lets us have a look at such underrated football players.

He is our list of ’10 Most Underrated Football Players’.

Arbeloa is a Spanish professional footballer who plays for Real Madrid.

Real Madrid signed him in 2009. His move to Madrid looked out-of-place when other new arrivals at the club that summer included Cristiano Ronaldo and Karim Benzema.

In the years since then, he’s quietly racked up almost 150+ league games for Real Madrid, won every competition in the world and got most of his 60+ caps for Spain. Those years have seen Real Madrid create an almost unbreakable defence, and Arbeloa’s been a key part of that.

He’s not Real Madrid’s first choice anymore but the last few years have seen him be one of the club’s most established, and underrated, players.

He first started making a name for himself at Heerenveen in his native Netherlands, where he banged 45 in 66 games. That led to a move to Wolfsburg where, after a slower start, he’s scored 41 times in 74 games. His stats are so good that, in 2014, the CEIS Football Observatory named him the third best striker in Europe, behind only Messi and Robben. Despite all of this, he’s not a regular for his country and, while Wolfsburg’s other standout players are moving for extortionate fees, there is scarcely even a rumour of Bas Dost moving on to bigger and better things.

Croatian star,Rakitic is not nearly as flashy nor does he have the cool name like Neymar. He has, since his days at Basel, done well to become an all-around great midfielder, one worthy of featuring for the Spanish giants or for any top club in the world. The pairing of Rakitic and Luka Modric in the midfield of Croatia is one of the best in the world, and Rakitic, just now entering his physical prime, could still improve over the next couple of seasons.

I see why people don’t like him. He does  miss a few open chances but apart from that, He’s a great player.

But look at his goals and consistency: he is prolific and an effective team player.Giroud never asked to be compared to world-class strikers, only cost £11million and has been an excellent signing for Arsenal.

He’s a very good player to make it on this list.

Ex-Roma player,Pjanic is a magician on the ball, possessing an ability to pick out a pass and create opportunities for opponents that we mere mortals don’t see as possibilities. Pjanic recently signed for Juventus and he will be a great addition to their squad.

Hugo Lloris is the captain of both, English club Tottenham Hotspur and the French national team.

He is one of the top goalkeepers of the world.He recently guided France to the final of the EURO 2016 and also was one of the major reasons of Spurs impressive run in the Premier League last season.He doesn’t get the applause as much as many other goalkeepers but that doesn’t stop him from putting impressive perfomances week-in, week-out.

The Brazilian has been one of the unsung heroes in PSG’s recent dominance of French football, keeping challengers for his position at bay even as he heads into his mid-30s.

He might not be the most physically forceful, and perhaps he has not quite lived up to the promise he displayed at Ajax, where he was named Eredivisie player of the year, but he has produce the goods week in, week out, for some of the continent’s biggest hitters for 15 years now.

Diego Godin is a classic central defender. In an era when the old centre-half is becoming more about athleticism and physical attributes than any sort of defensive nous.Atletico Madrid boss Diego Simeone has said Godin is the only player that is “intransferible” at the club. He is their rock and foundation.

The fact that so few people readily recognise that surely make him the most underrated footballer around.

From playing a role in Juventus’s 2006-07 Serie B triumph to being a key player in the side which won fifth successive Scudetto, has been the Italian international Claudio Marchisio.

Despite his longevity and the success he has achieved with club, his star has never really shone outside the Piedmont region. Whether that’s been because he’s spent much of his career deferring to bigger names or because he genuinely isn’t thought that highly of.

There’ll be little fanfare outside of Turin when he retires, but when he hangs up his boots he’ll go down as a great Juventus stalwart.

Some of the show stealers Busquets has played alongside down the years include David Villa, Fernando Torres, Lionel Messi, Samuel Eto’o, Thierry Henry, Luis Suarez and Neymar so it is no surprise he might have struggled to attract much attention.

But the incredible achievements of those teams might not have been possible without the brilliant Busquets setting the tempo, breaking up play, recycling possession and passing with great accuracy and efficiency. And doing it all so effortlessly and with such little fuss you hardly notice.

As Vicente Del Bosque once said: “If you watch the whole game, you won’t see Busquets—but watch Busquets, and you will see the whole game.”