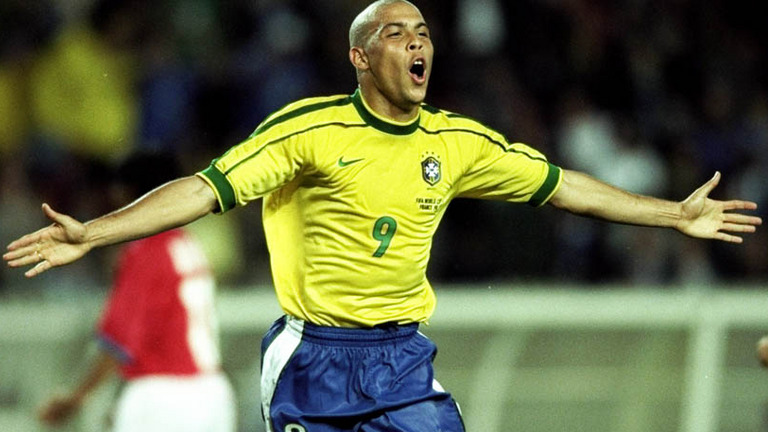 Ballon d’Or has been awarded every year since 1956 by France Football. Originally, only European players were in contention for the Ballon d’Or but in 1995 the award was expanded to include all players playing at European clubs and in 2007 players from all over the world became eligible for the award.

In the recent years Ballon d’Or has been dominated by Lionel Messi and Cristiano Ronaldo. However,some other players too dominated this award in their time and in this article we will have a look at 10 players with the most Ballon d’Or awards.

Karl-Heinz Rummenigge is a Bayern Munich legend ,where he spent 10 glorious years. It was his time with the Bavarians when he was voted twice as European Footballer of the Year(Ballon d’Or) . He was also a part of the West Germany national team that won the 1980 European Championship.

With two, Kevin Keegan holds the record for most Ballon d’Or awards by an Englishmen , a great achievement considering the quality of players that England have produced over the past 50 years.

Keegan spent most of his playing time at Liverpool but it was his time with Hamburger SV in Germany ,when he was voted European Footballer of the Year award for two consecutive years.

Alfredo Di Stéfano is regarded as one of the greatest footballers of all time and is best-known for his achievements with Real Madrid, where he was instrumental in the club’s domination of the European Champions’ Cup and La Liga during the 1950s.

He scored in the final of each of the five European Cups that Real Madrid won between 1956 and 1960. He was awarded the Ballon d’Or for the European Footballer of the Year in 1957 and 1959.

Brazilian striker Ronaldo is widely known as one of the greatest players of all time. During his career he played for many big clubs including Barcelona,Inter Milan,Real Madrid and Real Madrid.

Franz Beckenbauer is arguably the greatest defender in the history of football. Twice named European Footballer of the Year, Beckenbauer appeared 103 times for West Germany. He was the captain of the West Germany team that won the world cup in 1974 and European Championship in 1972.

On club level he had successful time with Bayern Munich,where he won the UEFA Cup Winners’ Cup in 1967 and three consecutive European Cups from 1974 to 1976.

Dutch Striker Marco van Basten was a lethal goalscorer. Possessing a powerful and accurate shot, he was capable of scoring goals with both feet from inside or outside the penalty area, as well as with his head; he was also an accurate penalty kick and free-kick taker.

He spent his entire playing career with two clubs – Ajax and AC Milan. While at Ajax,he became the top scorer in the league for four seasons from 1983–84 to 1986–87, scoring 118 goals in 112 matches. Overall he scored 128 goals in 133 league games for Ajax,winning two Eredivisie titles and three KNVB Cups.

In 1987,Van Basten joined AC Milan and played there for the rest of his career until 1995. During that time, he helped Milan to three Serie A titles, two Supercoppa Italiana and two European Cups as well as winning three Ballon d’Or awards for himself.

He was a part of the Netherlands team that won the European Championship in 1988 . At UEFA Euro 1988, he scored a total of five goals, including a hat trick against England, the winning goal in the semi-final against West Germany, and a spectacular volley in the final against the Soviet Union. He finished top scorer and was named player of the tournament

It’s hard to describe in words the influence that Cryuff had on Ajax,Barcelona and the Dutch national team. Both Ajax and Barcelona have followed Cryuff’s coaching methods in their youth academies ,no wonder their academies are world-famous.

Cruyff started his club career at Ajax, where he won eight Eredivisie titles, three European Cups and one Intercontinental Cup. In 1973, he moved to Barcelona for a world record transfer fee, and helped Barcelona to their first La Liga title in 14 years and was named European Footballer of the Year for the third time in 1974.

Cruyff led the Netherlands to the final of the 1974 FIFA World Cup and received the Golden Ball as player of the tournament. At the 1974 finals, he executed a feint that subsequently was named after him, the “Cruyff Turn”.

One of the greatest midfielders in history, Michel Platini was deadly on pitch, and possessed the mentality of a winner. Widely recognized for his great mind, impeccable technique and precision, remarkable passing ability and ball control, the midfield maestro dominated the world in the 1980s. That enabled him to excel everywhere he went.

Platini started his club career at Nancy, guiding them to promotion to the top-division of French football . In 1979 he moved to Saint-Etienne and won the title in 1981. He joined Juventus in 1982 and won 2 Serie A titles, a Coppa Italia and an European Cup.

His most memorable time the national side came in 1984, where he led France to Euro 84 triumph on home soil with nine goals in five matches.

Cristiano Ronaldo is regarded as a legend at both Real Madrid and Manchester United. His first Ballon d’Or came while he was playing for the red devils in the Premier League and rest three awards came with Real Madrid in Spain.

Ronaldo began his senior club career playing for Sporting CP, before signing with Manchester United at age 18 in 2003. After winning his first trophy, the FA Cup, during his first season in England, he helped United win three successive Premier League titles, a UEFA Champions League title, and a FIFA Club World Cup.

By age 23, Ronaldo won his first Ballon d’Or and FIFA World Player of the Year awards. In 2009, he transferred from Manchester United to Real Madrid in a world record transfer worth of £80 million.

In Spain, Ronaldo has won 13 trophies, including two La Liga titles, two Copas del Rey, three Champions League titles and two UEFA Super Cups. In 2014, Ronaldo became the fastest player in history to reach 200 La Liga goals, which he achieved in 178 matches and went on to become Real Madrid’s record goalscorer of all time. Internationally,he won the Euro Cup in 2016.

Lionel Messi is regarded by many as the greatest ever to have played football. A prolific goalscorer, Messi is known for his finishing, positioning, quick reactions, and ability to make attacking runs to beat the defensive line. He also functions in a playmaking role, courtesy of his vision and precise passing.

Messi is the top scorer of Argentina,Barcelona and La Liga. Messi also holds the record for most assists in La Liga’s history, but that fact is less impressive than how they were made: the deft lay-offs, the ingenious killer passes, the deliveries that bend around defenders as if controlled by a remote.

He has won 30 trophies with Barcelona, including eight La Liga titles, four UEFA Champions League titles, and five Copas del Rey. He also holds the record for most goals in a calendar year with 91.

It very hard to describe his greatness into words. The best we can do is listen to Pep Guardiola, who said: “Don’t write about him, don’t try to describe him. Just watch him.”