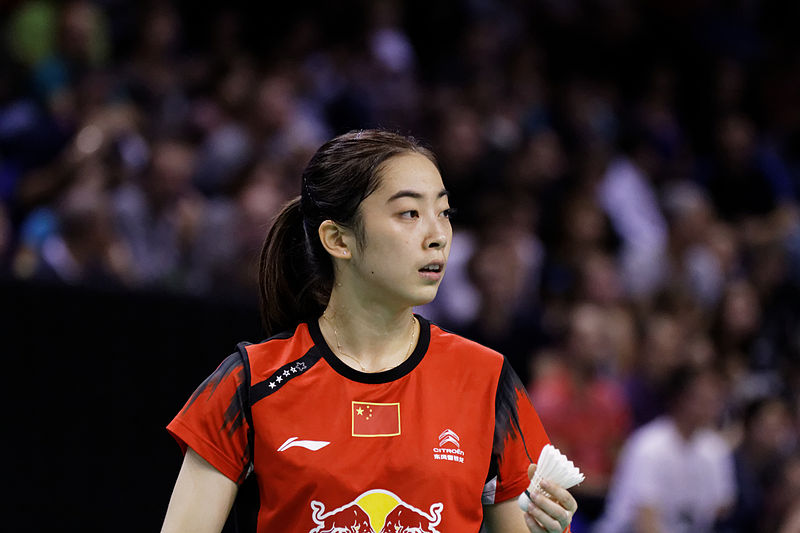 He is the list of ‘Top 10 Female Badminton Players‘.

Zhang Beiwen is a female professional badminton player who was born in China.Having a unique background being born in China, then moving to Singapore at the age of 13 and playing with the Singapore National Team until 2012, when she moved to the United States of America to compete while training in Las Vegas.

In 2009, she was part of the Singapore national badminton team winning a bronze medal at the Women’s team event of the 2009 Southeast Asian Games.

She is currently ranked 9th.

Ratchanok Intanon is a Thai badminton player who became the first Thai to become No.1 in Women’s Singles. She became world champion in women’s singles in 2013.

In April 2016 she was ranked no.1 in top 10 female badminton players,her current rank is 8th.

HE Bingjiao is a Chinese badminton player who is currently ranked 7th , her career best.

Sun Yu is a badminton player from China. She was a part of the Chinese team for the 2014 Uber Cup.

She is currently ranked at no.6 in top 10 female badminton players.

Her silver medal win in the women’s singles event of the 2016 Summer Olympics made her the first Indian shuttler to reach the final of an Olympics badminton event and the youngest Indian to make a podium finish in an individual event at the Olympics.

She is currently ranked no.5,which is her highest ever rank

Carolina María Marín Martín is a badminton player from Spain who is currently ranked No. 4 in  Top 10 female badminton players in the world by Badminton World Federation Women’s Singles.

She became world champion in women’s singles in 2014 and 2015. She won her first women’s singles gold medal at the 2016 Rio Olympics after defeating P. V. Sindhu of India.

She has won 21 individual titles.

Sung went into badminton following the path of her parents Sung Han-kook and Kim Yun-ja who both competed internationally in the 1980s.

She is currently ranked no.3.

At the age of 16 years and 3 months, Yamaguchi became the youngest player ever to win the BWF Super Series tournament by beating her compatriot Shizuka Uchida in the final of 2013 Japan Super Series. This was also the first time ever that a Japanese lady won the home event in the ladies’ singles at the Japan Open. This was in fact a historic first ever Japan Open victory for the home country.

Then, in 2016, she won her second Super Series title at the Korea Open, beating Sung Ji Hyun, the 5th seed. She then followed that with a win at the Denmark Open held at Odense, making her only the third non-Chinese women singles player to win two consecutive super series.She is currently ranked no. 2.

Tai Tzu-ying is a female badminton player from Taiwan . In 2011, she won the title of Taiwanese ranking competition when she was only 16 years and 6 months old, being the youngest No.1 in Taiwan badminton history.

Tai was the finalist at the 2010 Singapore Super Series, Series. She won her first international title at the 2011 US Open Grand Prix Gold at the age of 17. She won her biggest titles at the Superseries Finals in 2014 and 2016, and won the Superseries Premiere event, Indonesia Open in 2016. She also won the Hong Kong Super Series twice, in 2014 and 2016.She is currently ranked 1st,her highest ever ranking.

It concludes our list of top 10 female badminton players.