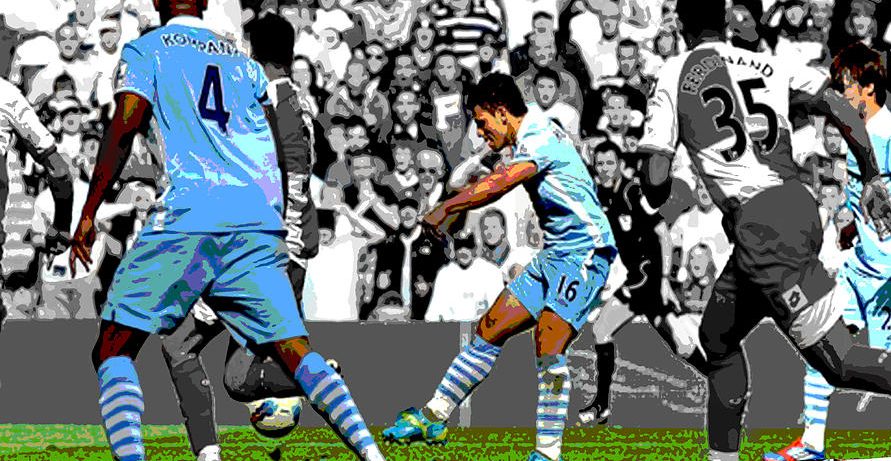 We all know the importance of goals in a football match. The beauty and excitement of a tie increases many folds if a stunner is scored by one of the outfield players to make the crowd applaud and stand on their feet in enjoyment. The Premier League has been one of the most watched and physical leagues that ever existed and to score a belter in front of tens and thousands of enthusiast supporters is a treat to everyone. Here’s a rough countdown to the top 15 Premier League goals till date in order to make you relive those golden moments for one more time: –

The ex-Arsenal man struck a poisonous 35-yard volley for Tottenham against his former club in a league tie on 29th of October 2008. Bentley had an on-off career, with brief stays at Norwich City on loan from Arsenal, Blackburn Rovers and Spurs.

The London Derby between Arsenal and Chelsea has countless highlights. But on December 10th in 2006, Michael Essien scored a screamer that nearly made Stamford Bridge explode. Sure, it was only an equalizer, but the 84th minute rocket was huge for Chelsea at the time as they were trying to keep pace with runaway leaders Manchester United.

A stunning individual display of crisp ball-control and composure by Ben Arfa gave Newcastle the lead in the 73rd minute against the Trotters on 9th of April 2012. The 70-yard run by the French international from his own half to the opposition end left the crowd stunned and made him an overnight sensation worldwide.

In the summer of 1995, Leeds United playmaker Yeboah struck a thunderous volley in the 51st minute of the game to sink Liverpool. He played 47 times for Leeds and had scored an impressive amount of goals (24) in that period.

On the eve of 4th November 2012, a graceful Luis Enrique lofted-ball found the Uruguayan hitman who beautifully controlled the ball using his chest and glazed past Coloccini and eventually netted beating veteran Tim Krul to score arguably one of his best goals ever.

The goal which introduced him to the world as the next big thing, Ronaldo struck a glorious curving free-kick to delude Portsmouth goalie David James on the 30th of January in the year 2008. He went on to join Los Blancos the very next year, for a world record fee at that time which gives an idea of his capability as a player.

During the declining days of Manchester City, Kinkladze remained the only positive entity for the Blues, scoring a superb solo goal in Maine Road on March 16th 1996, dribbling past five Southampton defenders which still remains arguably one of the best goals by a City player. He was sold off to Ajax the following year after City were relegated.

In an eventual 2-1 victory over arch rivals Manchester City in February 2011, Wayne Rooney scored a stunning bicycle goal to help United edge past City and win the title in 2011. The Englishman has himself said that it was the best he had scored.

A superb team effort by Arsenal players in the 2013 season displayed brilliant tiki-taka between Wilshere and his teammates to score a ‘playstation’ like goal; rightly stated by his fellow gunner Ozil.

On the eve of 26th of March 2000, West Ham goal-machine Paolo di Canio struck an out-of-this-world belter against a strong Wimbledon side. This still remains to be the fans’ one of the most special moments in the club’s history.

In the year 2000, Arsenal’s French hero Thierry Henry scored arguably the league’s best ever goal and that too against the mighty Manchester United. Henry received the ball and flicked it upwards and turned to score towards a net in the backward direction.

Winner of the Best Premier League goal of all time, Bergkamp produced an out-of-this-world trickery to score past Newcastle. “You will not see many goals like that, it was an unbelievable goal,” stated Arsene Wenger after Dennis Bergkamp’s flick, turn and finish at Newcastle in March 2002.

A man custom made only for scoring worldies, Englishman Tissier scored an excellent solo goal for the Saints in 1993 season. Receiving the ball, he flicked the ball atop two defenders while blazing past the opposition half to find himself in front of the keeper and then scored via a rather smooth finish.

On 17th April 1994, Leeds United hit-man Rod Wallace created a moment of absolute crazy dribbling against the Spurs defence to write his name in the elite list of special goal-scorers. Winner of the Best Goal in the 1993 season, Wallace still remains to be one of Leeds’ greatest ever.

They say a goal becomes a thousand times more precious as soon as it turns out to be the deciding goal for a competition win. And it happened just when Man City sensation Kun Aguero scored the final goal via a Mario Balotelli pass in the added time to make City the champions, beating their bitter neighbours United on 13th May 2012.

One thought on “Top 15 Premier League Goals Of All Time”