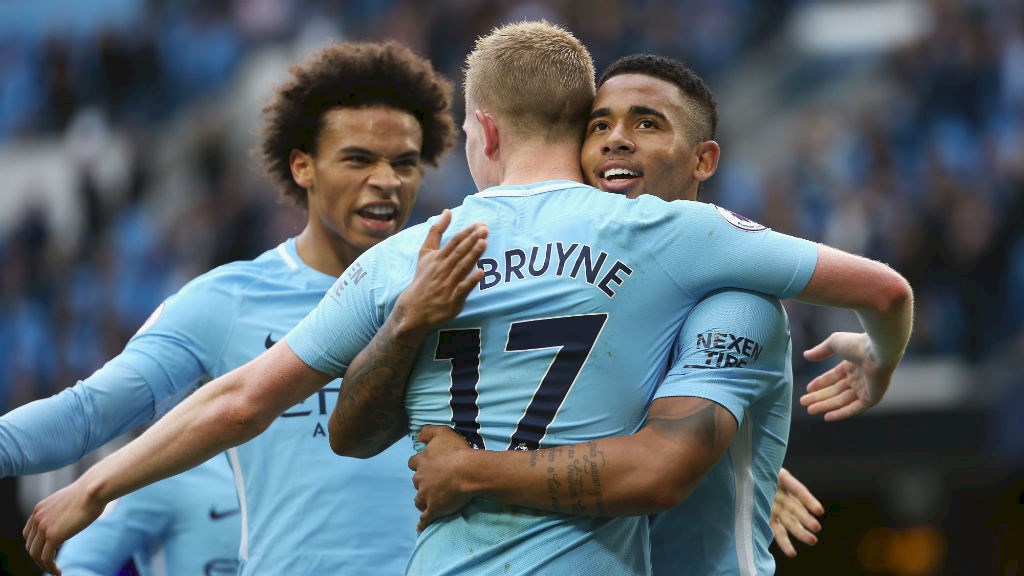 Manchester City hold an eight point lead at the top of the Premier League with the best start to a season by any team in the history of the league. Pep Guardiola’s side are in a scintillating form having drawn just one of their 11 matches of the season and winning the rest of them. Confidence is sky high in the squad, but it gets tough after the international break, City are moving towards a busy schedule that sees them play 14 games in just 46 days, including 11 Premier League matches.

Here are the five of their toughest fixtures before the end of the year, which could provide an opportunity for the chasing teams to close the gap at the top of the table :

City will be having flashes of last season’s defeat to Leicester City when they visit King Power Stadium immediately after the international break. City were completely out run by the pace of Leicester’s players. They were exposed brutally by the movement of the foxes and their fragility at the back was clear.

Since the defeat from last December, six of  City’s starters has left the club while Bravo is now the second choice keeper. The refreshed City squad will want to ensure that there is no repeat of the painful defeat last term.

The first derby of the season will be a nail-biter for the Premier League fans as two of the best side will go head to head on 10 December. Last season when both the side met for the first time, it was Guardiola’s side which came out with flying colors as City defeated United, 2-1 at Old Trafford. Mourinho’s defensive approach is garnering plenty of criticism this term and United boss may be under some pressure to ditch his style in a bid to secure the 3 points, although his style was enough to claim a 1-0 victory over Spurs.

Guardiola will go with his usual approach of wanting to win by playing beautiful football. This season United have added few players in their squad and Lukaku being the main threat of their attack will need some special care by City’s defense. It will be worth watching whether Pep will play 2 centre backs or will shift to the earlier used 3 at the back, given Vincent Kompany will most probably be fit to play. This is a match you cannot afford to miss.

This game will be a spicy one as Pochettino was upset when Pep Guardiola referred Spurs as the “HARRY KANE TEAM” and he will look to prove that his team are not just dependent on one man. Last season Spurs were able to escape with a draw as they pounced on the defensive frailties of Man City, but this season Man City have a more stable back-line.

This particular fixture can be one of the most entertaining matches of the season as both the managers believe they can beat the respective sides. It might also decide the fate of the race to the League title, as both the sides are working hard to lift up the trophy.

Pep’s side will be prepared more than ever with Kyle Walker now on the opposite side, they will be looking to add a level or two to their game when they meet a well oiled Spurs’ side on December 16.

Huddersfield Town are in solid run of form, especially at the John Smith’s Stadium, where they have just been beaten once in their seven home games. They have already beaten Jose Mourinho’s Manchester United 2-1 on October 21, which is somewhat an outstanding result, given to the fact that they were favorites for relegation at the start of the season.

If Pep Guardiola and Man City are not well prepared then Huddersfield are more than capable of causing another shock. City’s player will be well aware of this Huddersfield side as they met last season in the fifth round of the FA Cup where the two sides played out a tensed 0-0 draw. Australian Midfielder Aaron Mooy, who has been Huddersfield’s best performer this season, will also be ready to show his former team mates and manager what they missed by failing to give him an opportunity at the Etihad stadium.

Rafa Benitez’s Newcastle United are one difficult team to beat. They are brilliantly set up and maintain their discipline with their tactics on the field. The Magpies have already taken a point off Liverpool at St. James’s Park and Pep Guardiola’s City might have a problem or two in handling Newcastle United, especially during a busy Christmas schedule.

Man City have a better depth in their squad going into the Christmas schedule this term, but going to the hostile St. James’s Park is always a difficult ask for the players. They will have to be determined more than ever and have to stick to the plans if they want to overcome this difficult fixture.