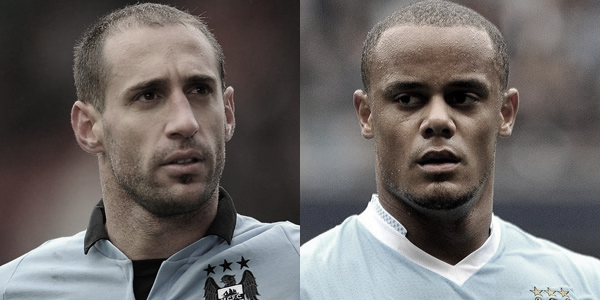 Manchester City became the first football club to win the domestic treble in English football this year. The team have clicked as a whole to achieve this enormous feat. Before Pep Guardiola, Manchester City’s defense had been somewhat leaky. Having said that, some gritty and tough defenders have been a part of City’s history. Here are the top 10 Manchester City defenders of all time.

Doyle joined Manchester City in May 1962 and went on to make 570 appearances, scoring 41 goals. Voted as the ‘club’s hardest player’ in the club’s official magazine, he scored for City in the 1970 League Cup final win over West Bromwich Albion. He even captained the side in the 1976 League Cup final. Used in a number of roles, Doyle was always up for challenges and his tough nature made him a fan favorite.

Perthshire born Ewing was spotted by Manchester City while he was playing for Luncarthy Juniors. Signed on 10 June 1949, Ewing took another four years to make his first team debut and later went on to make 279 appearances for City. He was part of the City team which went on to win the 1957 Fa Cup final against Birmingham City, a game famous for the heroics of Bert Trautmann, who played with a broken neck to help City lift the trophy. Ewing might be famous for his record of 10 own goals but his last-ditch clearances is what made him truly popular.

Donachie began his football career in England as junior with Manchester City. Turning professional in December 1968. He replaced Glyn Pardoe at left back as he made his first team debut in February 1970. Quick, flexible and sometimes flashy with his skills, he became an instant hit. He made a total 351 appearances.

Barnes joined Manchester City after a £750 move from non-league side Stafford Rangers on 6 May 1950. He became the third player to score a hat-trick of penalties in an English top flight match. He was a strong influence on younger players as a captain and was a great motivator.

Denis Law, who joined the club in 1960 was hugely motivated by Barnes and later the pair became lifelong friends. Barnes never played international football and was described as “ the best uncapped wing-half to have played in English football” by Denis Law.

Cowan played centre half for Manchester City for a total of 11 seasons, captaining the team in the early to mid 1930s. Only player to have represented Man City in three FA Cup finals, two as a runner-up and one as a winner in 1934. He has 407 appearances for City, putting him 12th in terms of all-time appearances. Known for his heading ability, Sir Matt Busby claimed that Cowan could “head a ball as far as most of us could kick it”.

Watson joined Manchester City in the summer of 1975. He spent four seasons at Maine Road which saw Man City miss out on the title in 1976-77 by one point. Part of the winning team in the League Cup in 1976, Watson was popular for his sheer determination and his ability to intercept the ball. Watson also remains the most capped England player never to play in a World Cup finals match.

At the age of 31, Book joined Manchester City where he became captain. Under Book’s captaincy, City won four trophies, which made him the most decorated Man City captain of all-time, well before Vincent Kompany came to the scene. Book made 244 appearances for Man City and later held managerial position. City became the first English team to win a European and domestic trophy(European Cup Winners’ Cup and the League Cup) under Book’s captaincy.

Dunne started as right back for City before moving to his favored Centre Back, where he made his biggest impact on the team. Consistency made him popular amongst the fans and also won him Manchester City’s Player of the Year award for four consecutive seasons from 2004-08 season. At the age of 26, Dunne became the club captain taking over from Sylvain Distin.

Micah Richards once said: “ Ever since I’ve come to this club , Richard Dunne has been just quality. I play with him week in, week out and I think he’s one of the best players I’ve played with. I’ve played with John Terry and Rio Ferdinand in the England squad but Richard is right up there with them. Dunne made 431 Premier League appearances, including 253 for Manchester City.

A true Mancunian by nature and true legend amongst the fans, Zabaleta is one of the most dedicated footballers. Man City manager Pep Guardiola labelled him as a ‘legend’ after his final appearance for the club and he even received a lifetime season ticket and a shirt that read ‘333’ marking his number of appearances for the club.

Vincent Kompany has decided to call it a day on his time at City after 11 wonderful years. After moving to City in the summer of 2008, at the age of 22, he initially played as central defensive midfielder. But he established himself as an integral part of the City squad as a Central Defender. One of the bargain buys of the revolutionized City era, Kompany has been regarded as one of the best defenders in the world.

With him Manchester City won 2 Premier League titles, 2 FA Cups, 2 League Cups and 2 Community Shield titles. Apart from his qualities as a defender, he is an impeccable leader and what sets him apart from others is his attitude and winner’s mentality. He is a true legend in the eyes of the fans. City fans loves him more than he knows.