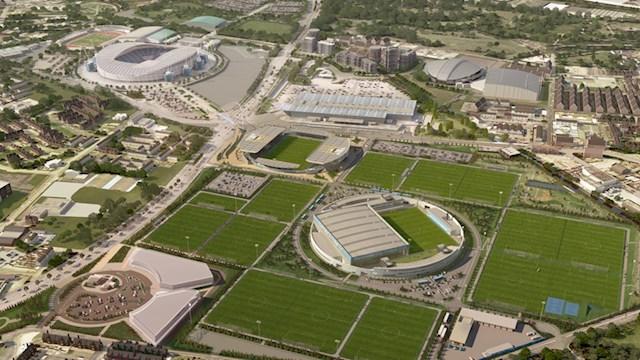 Training facilities are very important part of a football club. It is really necessary for a club to not to just have a good training ground but also facilities like medical, gym, swimming pool and other aspects of infrastructure to really improve the overall experience for the players and everyone at the club.

Here is our list of top 10 football clubs with best training facilities.

Bayern Campus is owned by German giants Bayern Munich. Built between 2015 and 2017, the complex serves both the first team and the other youth teams. This campus makes Bayern one of the football clubs with best training facilities.

The multi-purpose centre cost an amount of $77.3 million and has facilities for football, basketball, table tennis and handball. There are also eight football pitches inside the campus, which serve the youth teams and the women’s teams.

The Bayern Campus also contains 35 apartments which house academy players who do not live in or around Greater Munich. In addition, there is a stadium with a capacity of 2,500, as well as a number of offices for youth coaches and staff.

Construction on the complex began in 1999, the main building was opened and the first team moved in 2000, followed in 2002 by the Academy facility, home to the club’s renowned youth system.

In 2013, major additions were completed at the complex, including a medical centre and sports science department, bringing the total construction cost of the training complex to over £60 million.

Cidade do Galo is Atlético Mineiro’s training ground, located in Vespasiano, Minas Gerais, Brazil. Construction of the first training pitch started in 1982, but for almost three decades the facility was gradually improved, with Atlético Mineiro’s first squad training in the grounds for the first time in 2001, and the official inauguration happening in 2006.

The complex, which has a built area of 5,850 square metres and a total area of 244,460 square metres, includes four official size football pitches, a first-class hotel for first-squad players and youth academy with 20 suites, gaming room, restaurant, auditorium, panoramic deck and industrial kitchen, phisiology room, medical and dentistry departments, climatized lockrooms with hydrotherapy tubs, gym, spa pools, ice tank, 7-a-side football pitch and laundry room. Cidade do Galo has been selected as the best training facility in Brazil and one of the best in the world.

The Tottenham Hotspur Training Centre has been built on 77 acres and is located on Hotspur Way, Enfield. It is the home of the Club’s First Team and Academy and is recognised as one of the best in Europe.

There are 15 grass pitches across the site including four dedicated solely for First Team Training and one and a half artificial outdoor pitches with floodlights. The First Team Match pitch is built to exactly the same specification as the pitch at White Hart Lane.

Milanello, is the training facility centre of Associazione Calcio Milan. It was built-in 1963, the centre consists of 160,000 square metres including a pinewood and a little lake.

The facilities of Milanello have often been used also by the Italian National team for the preparation of the important competitions, such as the European Championships in 1988, 1996 and 2000.

At Milanello there are six regular pitches, 1 in synthetic grass, 1 covered pitch with synthetic ground and a small-sized outdoor pitch in grass named “cage” because the playing field is surrounded by a 2,30 m high wall and topped by 2,5 m high fencing.

The main building of the centre is a two-floor building hosting the offices, the players’ rooms, the chimney room, a TV-room, a pool-room, a bar, a kitchen, two dining-rooms, the press room, the meeting room, the laundry, the ironing-room and the medical centre.

It is an exception in this list, as it not a club’s training ground, but it’s so good that we decided to include it. St George’s Park is the English FA’s national football centre at Burton-upon-Trent, Staffordshire. The centre was officially opened by the Duke and Duchess of Cambridge on 9 October 2012

The purpose of the centre is to be the base for all coaching and development work undertaken by the FA, and the training and preparation ground for all of the England national football teams.

The centre has 12 world-class training pitches, with both grass and artificial surfaces, and a full-sized indoor pitch. It also has state-of-the-art hydrotherapy suites, biomechanics and training gyms, video analysis amenities, educational and coaching suites and medical and sport science facilities.

The Ciutat Esportiva Joan Gamper is the training ground and academy base of FC Barcelona. It was officially opened on 1 June 2006, and was named in honor of Joan Gamper, founder of the club. It has 5 natural grass football pitches, 4 Fieldturf pitches, 3 multi-sport pavilion, 3 Gymnasiums, pools and saunas etc

The land occupied by the Ciutat Esportiva was purchased by the club in 1989 and is just 4.5 km away from the Camp Nou and is directly connected by the road between Barcelona and Sant Joan Despí.

The Ciutat Esportiva eventually cost 68 million euros, of which 25.6 corresponded to urbanization and 42.5 to the total construction costs. The club sold two plots of land, the first on 21 June 2002 and the second on 20 February 2003, for values of 29.7 and 15.9 million euros, respectively to cover part of the costs of the operation. The rest of the money was invested directly by the club, an amount of 22.5 million euros.

The Arsenal Training Centre, often referred to as its geographical location London Colney in Hertfordshire, is the training ground of Arsenal. It houses ten full-size pitches, an indoor facility and a medical and rehabilitation centre.

The training centre covers an area of 143 acres. In all, there are ten full-size pitches at the site. Inside the complex there is training and rehabilitation areas, physiotherapy and massage rooms and remedial and hydrotherapy pools.

All ten pitches have undersoil drainage and an automated sprinkler system. In addition, two have undersoil heating. Each pitch is built to match the playing surface specifications of the Emirates Stadium.

Three of the pitches are reserved for the Arsenal youth team, three for the reserves and three for the first team. The tenth pitch is where first team play friendlies and Under-18 league fixtures take place.

The Ciudad Real Madrid or Real Madrid City is the name given to Real Madrid’s training facilities located outside Madrid in Valdebebas near Barajas airport.

Inaugurated in 2005, the training center consists of academy offices, equipment rooms, audio-visuals rooms, a strength and rehab center, and medical.

It also consists of examination rooms, treatment rooms, additional rehab facilities and equipment, and a hydrotherapy center that includes hot and cool pools, a cold plunge, and a long but narrow resistance wave pooland training facilities, as well as 13 fields.

It took City owners almost £200 million to construct this fantastic training facility. This football academy shows that the owners are fully committed to making the club one of the best in the world.

The CFA is home to all of Manchester City’s football teams of both genders and all age groups. Two thirds of the 16.5 pitches on site are dedicated to the youth talent and the wider development of the young players is supported by tailored coaching and education facilities, medical and sports science services, sleeping accommodation and parents’ facilities.

It is this massive investment that has seen the club rise to the top of English football in recent years, with the likes of Phil Foden and Zinchenko successfully graduating from the City Academy to join the first team.

Checkout : Most Iconic Football Stadiums In The World