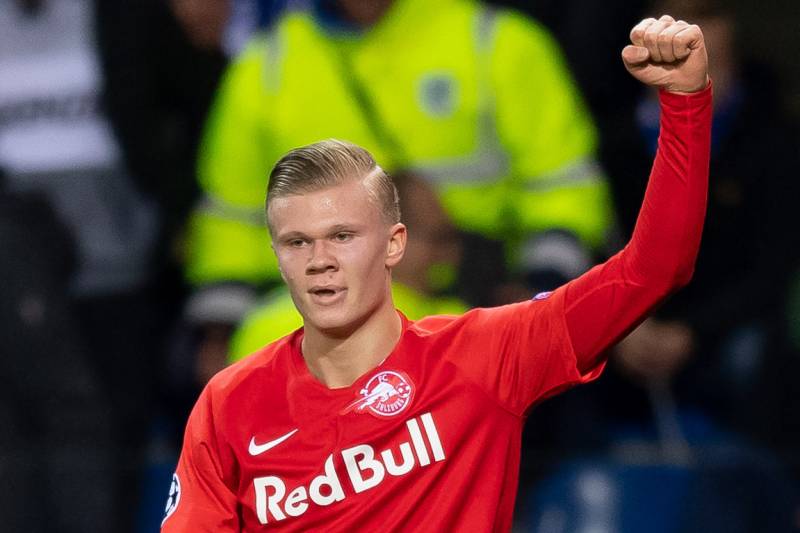 Despite all their success last season and undoubted talent, City are struggling to get into their rhythm and put a consistent run of victories together in this campaign. They are currently 14 points off the league leaders Liverpool. The recent loss to rivals Manchester United has raised concern over City’s defensive abilities.

Aymeric Laporte’s injury and Vincent Kompany’s loss is clearly visible on the team. Otamendi’s poor form has not helped the cause either. Manchester City will have to make some signings in the winter transfer window, so that they can compete for various trophies. In this article, we will have a look at some of the players Manchester City could sign this winter transfer window.

Manchester City are reportedly weighing up a swoop for Inter Milan forward Lautaro Martinez. The 22-year-old has been in impressive form for Inter during the 2019-20 campaign, finding the back of the net on 13 occasions in 19 appearances in all competitions.

Martinez has managed eight goals in 14 Serie A fixtures, while he has also struck five times in five Champions League outings during a strong start to the season.

Manchester United and Barcelona have both been linked with the Argentina international in recent weeks.

However, according to Sky Sport Italia, City are also in the hunt with head coach Pep Guardiola viewing Martinez as the perfect player to provide competition for Sergio Aguero in the final third.

Inter are said to value the South American attacker in the region of £96m.

The 22-year-old came through the Benfica youth system and the club regard him as a future captain as he’s a natural leader.

Ruben Dias has been touted in many circles as a potential January signing for Manchester City. He has been linked to Manchester United in recent times as well, and it is also believed Wolverhampton Wanderers’ Nuno Espirito Santo is keen on bringing his compatriot to the Molineux.

Dias has been delivering impressive performances at the heart of Benfica’s defence since his first-team debut in 2017, and that has seen the Dragons slap a €66 million release clause on him.

Dias is also confident with the ball at his feet, and he showed why he is so highly rated during Portugal’s successful UEFA Nations league campaign.

He has a contract till 2024, and it is rumoured the Portuguese club is keen to increase his release clause to €90 million in a bid to ward off his English suitors as well as present his value more accurately. The price tag is unlikely to deter Man City from making a move.

The former Chelsea defender has been getting plenty of plaudits at the heart of the Bournemouth FC defence, and this is a move which looks easy on the eye. He was linked with a summer transfer to the Etihad, and with the current defensive crisis at City, Pep Guardiola is likely to make a move for the homegrown talent.

Ake was initially sent on loan to Bournemouth, however, he sealed a permanent move to the South Coast club in 2017 after a standout season.

He is currently valued at £40 million, but with reports over the summer that the Cherries demanded an £80 million transfer fee when Leicester City came calling, the Citizens may be required to fork out a very large sum.

Manchester City are keen on signing Leicester City defender Caglar Soyuncu to ease their defensive woes, according to reports.

The 23-year-old from Turkey has been a mainstay in the Foxes’ defence this season, which has conceded the fewest goals in the Premier League this season – just eight.

Kompany’s departure in the summer has hit the club hard, with Aymeric Laporte now out injured and John Stones and Fernandinho struggling to fill the void created.

Pep Guardiola is keen to reshape his ageing squad, with Soyuncu a possible target. Arsenal are also keen, but the need for City to bolster their defence is clear.

Kalidou Koulibaly is also one of the players Manchester City could sign this winter. He is certainly one of the most impressive defenders in world football, therefore, he comes with a mammoth transfer tag attached, as well as a long list of potential suitors.

However, the landscape has changed, with Napoli struggling this term and Koulibaly reportedly having to hire bodyguards to protect his family from Napoli ultras.

The player is contracted till 2023, but City could get the Senegalese international for a cut-price deal of £69 million, with Koulibaly seemingly looking for a way out of Naples.

As well as in the centre of defence City have continued to have problems at left-back.

Benjamin Mendy is very injury prone, Angelino doesn’t appear to be favoured and Aleks Zinchenko has found himself out of the side as well. Joao Cancelo can play there but he is naturally a right back.

Borussia Dortmund’s Guerreiro could prove to be the tonic. He’s still only 25, entering the prime of his career, and is a typical Guardiola full-back who loves bombing forward and has a wicked delivery. He’s killer at set pieces, too.

There is clear unrest at Spurs and their problems have been well documented, with perhaps the most obvious being that they have a number of players who will soon be out of contract and who seemingly want to leave. One of the biggest names is of Toby Alderweireld.

Surprisingly, no team took up the option to sign Alderweireld in the summer when his release clause was set at £25million but the slick and experienced defender still has bags of quality and plenty of gas in the tank at just 30-years-old.

Arrival of Mourinho at the club may change the situation but not likely. He could be the perfect belated replacement for fellow countryman Vincent Kompany at City.

A countless number of players have been linked with a move to the Etihad stadium. One of the biggest names in them is Erling Haaland.

Haaland is the son of the Norwegian former Nottingham Forest, Leeds United and Manchester City defender Alf-Inge Haaland. He has been compared to Zlatan Ibrahimović due to his height and prolific goal scoring abilities.

The 19-year-old is considered one of the hottest properties in Europe after scoring an incredible 27 times in 19 appearances for Salzburg this term and is the leading scorer in this season’s Champions League with eight goals.

It will be very interesting to see if Haaland makes a move in the winter transfer window.