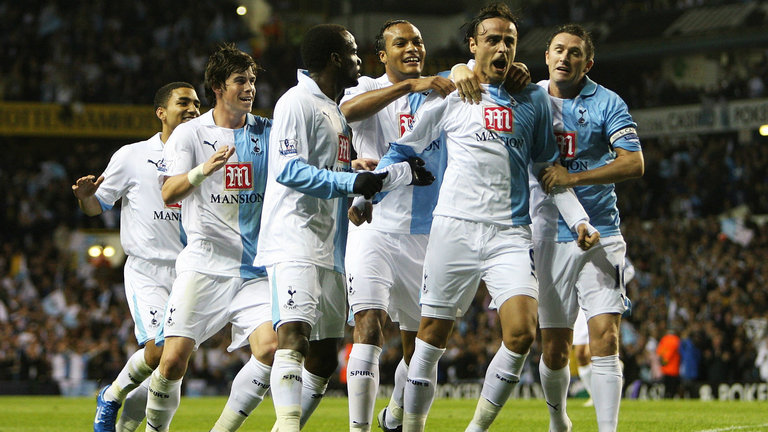 Football has the ability to surprise and inspire you at any given moment. Even when a game seems beyond all hope, a side can find something from deep within to fight back and defy the odds. In this article, we will have a look at some of the best Tottenham Hotspur comebacks ever.

Here are the 10 best Tottenham Hotspur comebacks ever –

A Harry Kane double snatched a dramatic late win for Tottenham as they beat West Ham 3-2.

The Hammers had looked to be heading for victory after another Michail Antonio header saw them go ahead in the first half, but Spurs got themselves level six minutes after the break as Harry Winks netted on his first league start.

The visitors retook the lead in the 67th minute when Manuel Lanzini converted from the spot, but Kane again got Spurs on equal terms, tapping home with one minute of normal time to play, before converting a penalty in the first minute of time added on to seal a remarkable win for the hosts

Les Ferdinand was Everton’s bogey man again as Spurs staged a stirring comeback at White Hart Lane. Ferdinand scored his 13th goal in 14 games against Everton to revive Spurs as George Graham’s side looked set to feel the full fury of the home fans.

Everton looked impressive as they cruised into a two-goal lead courtesy of Francis Jeffers and Alex Nyarko – but for the second time that season they squandered that advantage.

It made Graham the target for abuse from a small section of the critical Spurs crowd, but the former Arsenal manager had the last laugh with an inspiring second half show.

Sergei Rebrov put Spurs back in business with goals either side of half time, before Ferdinand continued the revival of his injury ravaged career and emerged as Everton’s tormentor again.

If ever there was a game of two contrasting halves, this was it. Niall Quinn bounced back from injury to score a goal that looked to have revitalised Sunderland’s European qualification hopes.

But Spurs supremo Glenn Hoddle watched his team fight back from 2-0 down to earn themselves a thrilling win at the Stadium of Light.

Gary Doherty was the second-half hero, netting twice to shake off any lingering relegation concerns. Sunderland boss Peter Reid would not have believed the result possible at half-time.

The hosts trailed 3-1 after 47 minutes, scored three goals in 11 minutes to lead 4-3, only to be pegged back to 4-4 before Harry Kane curled in a 76th-minute winner.

Spurs were 2-1 behind at half-time after Riyad Mahrez had added to Vardy’s early header and three minutes after the break Kelechi Iheanacho smashed into the top corner from distance to give Leicester a two-goal cushion.

But Spurs responded with three quick-fire goals, two for Erik Lamela and an own goal from Christian Fuchs.

In a remarkable second half, Vardy then drew Leicester level with his side’s fourth of the afternoon, smashing into the roof of the net after a trademark run in behind the defence. However it was Kane who had the final say with his effort from the edge of the penalty area, making it one of the best Tottenham Hotspur comebacks ever.

Christian Eriksen’s late goal earned a point for Tottenham as they came from three goals down to draw 3-3 at West Brom.

Matej Vydra volleyed West Brom ahead on 25 seconds before Chris Brunt doubled the lead with another volley. Tottenham’s Emmanuel Adebayor had a penalty saved, before Stephane Sessegnon slotted in to make it 3-0.

Kyle Naughton’s deflected cross beat Foster to give Spurs hope before the break, and set the tone for what was a different away side in the second half.

Harry Kane deservedly put Spurs back in it from close range before Eriksen fired in a late equaliser after sustained pressure from the visitors for the whole 45 minutes.

The home side went ahead courtesy of Samir Nasri and Marouane Chamakh at Emirates Stadium to seemingly set them on their way to the top of the Premier League table.

But five minutes into the second period Spurs pulled a goal back through Gareth Bale and then a handball from Cesc Fabregas allowed Rafael van der Vaart to tuck away from the penalty spot.

Tottenham’s Paul Stalteri scored a dramatic injury-time winner as the visitors came from 2-0 and 3-2 down to deepen West Ham’s relegation worries.

Spurs came back to 2-2 having been two down going into the second half, only for ex-Spur Bobby Zamora to put the home side ahead in the 85th minute.

Martin Jol’s men wouldn’t be outdone though, and a sublime free kick from Dimitar Berbatov a minute before the end of the 90 was followed by a break up the pitch that saw a Jermain Defoe strike parried into the path of Paul Stalteri, with the Canadian sweeping home the winner.

Dimitar Berbatov put Spurs ahead but a brace from Martin Laursen and a goal apiece for Craig Gardner and Gabriel Agbonlahor put Villa three goals ahead.

Tottenham were then given a lifeline when Chimbonda reacted quickest to power home a rebound.

With 10 minutes remaining Keane buried a penalty to bring Spurs within touching distance, and in stoppage time Kaboul smashed home to send White Hart Lane into delirium. It is undoubtedly one of the best Tottenham Hotspur comebacks ever.

Arguably one of the most unpredictable, and exciting North London derby’s of recent years; David Bentley lit the fuse with a ridiculous effort from 40 yards against his former club, before the Gunners stormed into a dominant 3-1 lead, with a Darren Bent goal seeming like a false dawn as Arsenal quickly went 4-2 up with 22 minutes to go.

But, famously, there would be plenty more to come. Jermaine Jenas got Wenger’s water bottle wobbling with a super strike in the 89th minute, and Luka Modric’s shot from range a minute later smashed off the far post and fell to Aaron Lennon to fire home. Cue delirium in the away end. And water bottles a flying from the home dugout.

Lucas Moura scored a dramatic 96th-minute winner to cap an astonishing Tottenham fightback against Ajax and set up an all-English Champions League final against Liverpool.

Trailing 1-0 from the first leg, Spurs made the worst possible start in Amsterdam when a towering fifth-minute header by 19-year-old Ajax captain Matthijs de Ligt doubled the advantage for Erik ten Hag’s exciting young side. Tottenham hit the post through Son Heung-min before Hakim Ziyech doubled Ajax’s lead on the night with a sweeping finish after an assist by former Southampton winger Dusan Tadic.

Moura reduced the deficit with a composed finish before the Brazilian’s shot on the turn, after keeper Andre Onana had denied substitute Fernando Llorente, levelled the scores on the night and left Spurs requiring one goal to reach the final in Madrid on 1 June.

In a frantic finish, Vertonghen headed against the bar from four yards before Moura completed his hat-trick with a left-foot shot from 16 yards deep into stoppage time as Spurs won on away goals to reach their first Champions League final.