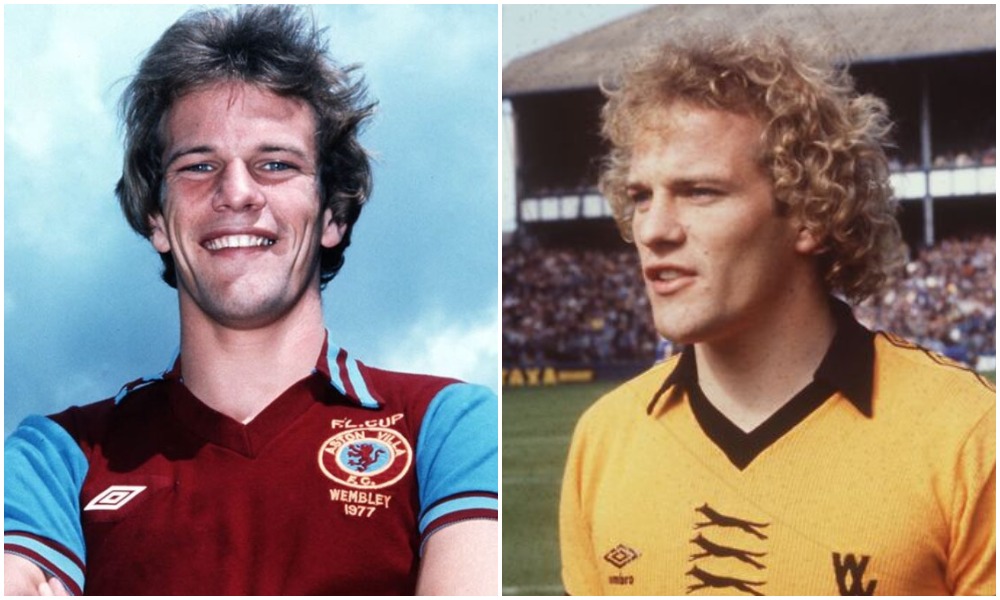 It is only about 12 miles from Molineux to Villa Park but it is not as a well-trodden path between the West Midlands’ two most successful clubs as you may imagine. Villa and Wolves have their most intense rivalries with Birmingham City and West Brom respectively. But, this is also a game with a lot to play for. In this article, we will have a look at some of the players who have played for both Aston Villa and Wolves.

Here are the 15 best players to have played for both Aston Villa and Wolves.

The Irish wonderkid was an instant hit at Wolves, bagging a brace on his debut against Norwich City. The youngster scored 24 times in gold and black in 73 second-tier games before he was sold to then top-flight Coventry City. Spells at Inter Milan, Leeds, Spurs, Liverpool, Celtic, West Ham and LA Galaxy followed before he was brought to Villa on loan by Alex McLeish in 2012.

He scored three goals in six games, two of which (including the winner) came at Molineux in a 3-2 Villa victory. Keane, though, had the good grace to not celebrate in front of his old fans. He is, undoubtedly, one of the best players to have played for both Aston Villa and Wolves.

Hause joined Wolves from Wycombe Wanderers in a ​two and a half year deal in 2014. He was soon loaned out to League One club Gillingham until January 2015. However, his loan was cut short in November 2014 when he was recalled by Wolves after having made 17 appearances in total for the Gills.

John Burridge joined Aston Villa from Blackpool in 1975. He spent three seasons with the club and won the League Cup in 1977. But, he eventually lost his place to Jimmy Rimmer and was sold to Crystal Palace.

In July 1982, Burridge joined his seventh club, Wolverhampton Wanderers. In the 1982-83 season in a game at Molineux, Wolves entertained Newcastle United. Prior to the game, Burridge had made a bet with a stake of £100, with Kevin Keegan that Burridge would play the game in a Superman outfit.

As a result of the bet, Wolves biggest crowd of the season, a crowd of 22500, witnessed Burridge playing the match in a Superman outfit. Burridge helped Wolves gain promotion to the top flight as runners-up, only to be relegated the following season. He left Wolves in October 1984 to join Sheffield United, signed by Ian Porterfield.

Charlie Phillips began his football career with Ebbw Vale before turning professional with Wolverhampton Wanderers in 1929. He went on to play 202 games in all competitions, scoring 65 goals. He contributed to the club’s Second Division title in the 1931–32 season.

Phillips also scored in the 4–2 victory over Everton in the last match of the following season, a game Wolves had to win to remain in the First Division. In January 1936, Phillips moved on to Aston Villa for a fee of £9,000, where he experienced relegation followed by another Second Division title. He is widely regarded as one of the best players to have played for both Aston Villa and Wolves.

Froggatt began his career at Aston Villa as a trainee, before turning professional and making his debut for the team in 1991. He truly established himself during the first Premier League season of 1992-93, helping the club to end as runners-up.

He won the League Cup with Villa in 1994. After spending three seasons with Villa, he was sold to Wolves. During the winger’s four seasons at Molineux, he made 126 appearances in all competitions, scoring nine times in gold and black, as Wolves narrowly missed out on promotion to the Premier League twice – both times in the First Division play-offs

In Froggatt’s first season at Wolves in 1994/95, he was a regular in the midfield, up until an injury in December saw him miss the remainder of the campaign, which ended in the infamous play-off final defeat to Bolton Wanderers.

Injury once again put Froggatt out of the play-off semi-final against Crystal Palace two years later, after an intermittent spell in Mark McGhee’s line-up throughout the season, returning the next campaign to play his role in helping Wolves to the FA Cup semi-finals.

Smith began his professional career with Wolves, making his senior debut in April 1947. He was part of the squad that won the league title in 1953–54, although managing only four appearances during the campaign. It was his misfortune, though, to have been with Wolverhampton Wanderers at a time when the Molineux club were blessed with two of the finest wingers in the country.

Despite spending a decade with Wolves, he was restricted to less than 90 games because of the presence of Johnny Hancocks and Jimmy Mullen, and it was only after moving to Villa Park that he finally established himself as a regular first-team footballer.

Arriving around the same time as Jimmy Dugdale, Smith made his debut on the same day as the former Albion defender and that season the duo helped Villa to avoid relegation. Smith played for Aston Villa in the 1957 FA Cup Final against Manchester United’s Busby Babes, where Villa won the game 2-1 to lift the cup. However, his career was cut short after an Achilles injury forced him into retirement in 1960. In total, he made 130 appearances, scoring 27 goals for Villa.

Oakes began his career in Aston Villa’s youth system, before turning professional in 1991. He spent 8 seasons with Aston Villa, but only made 52 league apps. During this period, he was mostly loaned out to various clubs.

Oakes made the short journey to Wolverhampton Wanderers in October 1999 for £500,000, and soon ousted long-serving Mike Stowell as number one at Molineux. He remained as the first-team goalkeeper until September 2002, when he suffered a shoulder injury and was replaced by rookie Matt Murray.

Oakes was honoured with a medal during the 2003 Football League First Division play-off final/play-off success against Sheffield United at the Millennium Stadium in May 2003. He was given a free transfer in May 2007 after 220 appearances in total.