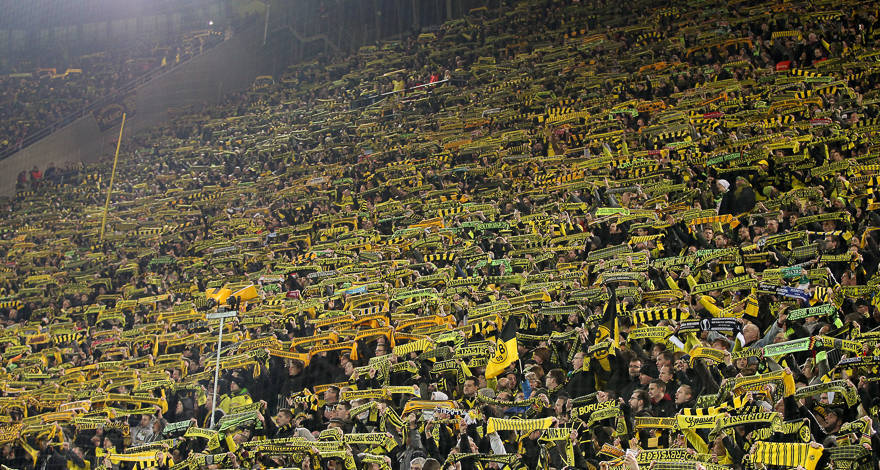 Football fans loves to support their team with full heart and soul.Its supporters passion that makes a football game what it is.You will find such passionate football fans across the globe,today we will have a look at such ‘Most Passionate Fan Bases In Football’.

Fenerbahce fans are so dedicated to their team that they will set fire to their own ground and riot in the city when they lose important matches.They are definately one of the most passionate fan bases in football.

Their Derby match against Galatasaray is one of the most intense derbies in the world.

10 Most Iconic Football Stadiums Around The World

Newcastle got relegated from the Premier league last season and will now kick -off their season in the Championship.But this poor form of the club have not taken away the passion from their supporters,who continue to support the club with all their heart.

Got relegated, penalized but the pride of Scotland Rangers fans are one of the best in europe, they are part of the world-famous “old firm derby” with Celtic and have contested the Scottish league titles over the years.

Clube de Regatas do Flamengo, commonly referred to as Flamengo, is a Brazilian sports club based in Rio de Janeiro.

Flamengo is one of the most supported team in Brazil, their strong support they have shows the dedication of the fans.Their derby with Fluminense is the biggest derby in Brazil.

Whether you enjoy the Liverpool way of doing things or not, everybody can agree the club has terrific support.

“You’ll Never Walk Alone” is one of football’s most famous anthems. Whether it’s sung in Merseyside half way through the campaign or during preseason, the club’s support and passion is something to marvel at.

The city of Dortmund is football crazy,fans fill the home stadium for every home game and its hard to buy ticket for Dortmund home games if you are not a club member.

The black and yellow ocean of passionate Dortmund fans engulf the largest stadium in Germany effortlessly at every Signal Iduna Park fixture, and no other club in the world can offer such an incredible sight.

Most Injury Prone Footballers Ever

They have one of the best fan base in Europe,their fans welcome away fans and teams with a sign “Welcome to hell” before every home game. They have been involved in many incidents of violence which is a not good thing to be attached to but that’s their passion.

The Scottish club has plenty of history and part of that is down to the great support they receive from their fans.

Celtic’s Catholic origins give the club a pretty well-defined fan base, which is a major reason why fans are so dedicated to the club.

One of the most succesful club in Argentina,River Plate play their home matches at Estadio Monumental and their fanbase is one of the best in the whole world.Their derby called SuperElclassico against Boca junior has by far the best atmosphere in world football.

Boca Juniors fans create a great atmosphere during games and that is partly due to the structure of their stadium.

Argentinians are passionate about their football and 40 percent of the country support the team, it’s easy to see why they are on this list.

Greatest Goalkeepers Of All Time

If you think we missed any fan base,do let us know in the comments below.