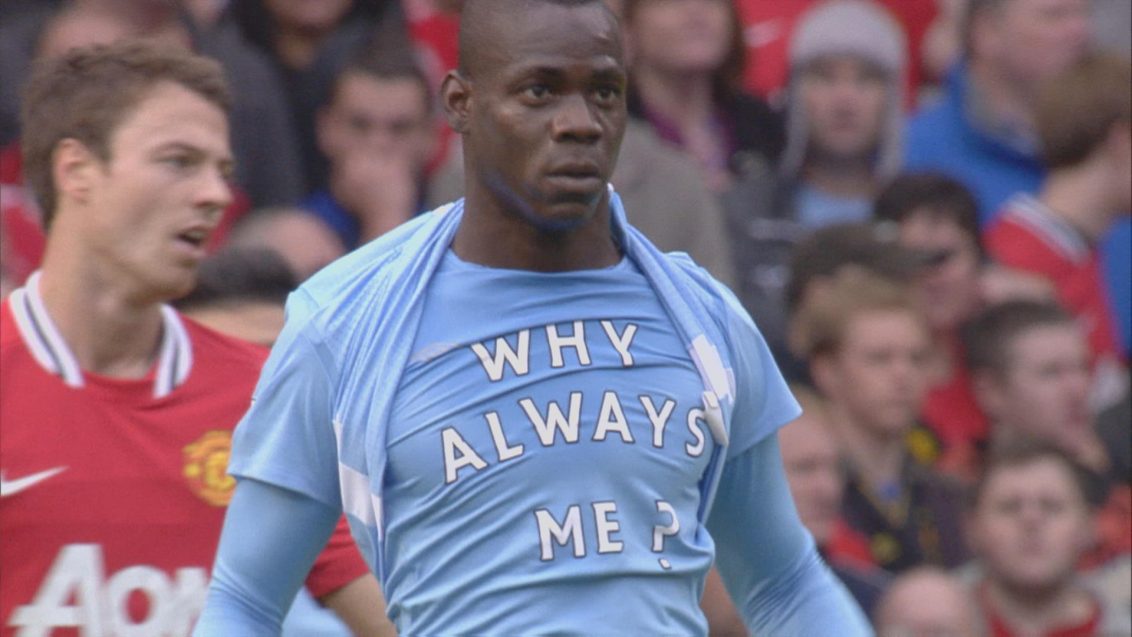 Football is a game of passion and emotion.There’s no greater joy for a footballers to see the football rolling into back of the net.Many footballers took this opportunity to showcase their message to the world,so today we have compiled our list of 10 most iconic t-shirt messages by footballers.Have a look and let us know your views in the comment box below!

The most famous of all t-shirt messages by footballers,Mario Balotelli’s ‘Why Always Me’ came up against arch rivals Manchester United in a game which Manchester City won 6-1 at Old Trafford.

Arsenal striker unveiled a Nike T-shirt bearing ‘179 Just done it’ after scoring against after scoring against Bolton Wanderers in 1997,as he thought he had broken Cliff Bastin’s scoring record for Arsenal.In fact, Wrighty hadn’t broken Cliff Bastin’s club scoring record of 178 goals – he had only equalled it.But he did went on to beat the record in the same game.

Real Madrid showed their support to Eric Abidal who was suffering from Cancer!

After Swansea beat Carlisle in the final of the Football League Trophy at the Millennium Stadium, Trundle removed his shirt to reveal a T-shirt showing a cartoon of a man in a Swansea kit pissing on a Cardiff shirt. 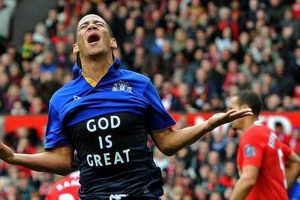 Pienaar showing his satisfaction with the divine faith via a tshirt message. 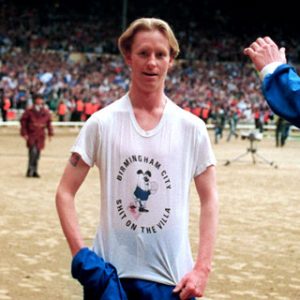 Paul Tait after scoring the winner in Auto Windscreens Shield final,revealed a T-shirt that read: “Shit on the Villa”. That’s Aston Villa, Birmingham’s rivals, in case there was any doubt about which Villa he meant. 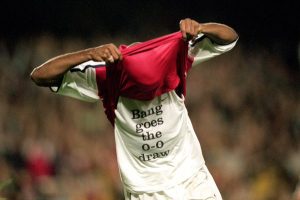 Thierry Henry was a serial shirt-message bearer in the early 00s.When Arsenal were facing Liverpool in 2000, no Arsenal player had scored against the Reds in over 3 years.

Finally, at the death, Henry won the game for Arsenal with a goal.

He celebrated that with the message on his vest saying, “Bang goes the 0-0 draw”. 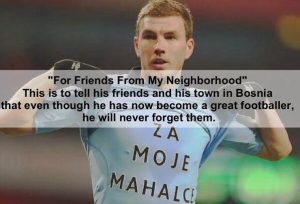 Za Moje Mahalce-The meaning is written on the pic.

As you may or may not know, much of Dzeko’s youth was spent growing up in the war-torn Bosnian capital, Sarajevo, with Dzeko recalling during past interviews how he and his friends would regularly kick a football around among the building ruins. 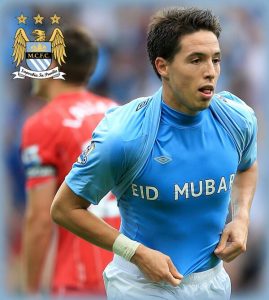 Nasri wished everyone ‘Eid Mubarak’ via a t-shirt message after scoring on the eve of the holy festival.

Iniesta chose the biggest stage of all,World Cup, to showcase his message and a really great message it was too.After scoring the winning goal in the 2010 FIFA World Cup final,Iniesta gave his condolences for fellow footballer Dani Jarque. Jarque, who played for Espanyol, had died of a heart attack the year before at the young age of 26.

It concludes our list of 10 most iconic t-shirt messages by footballers.