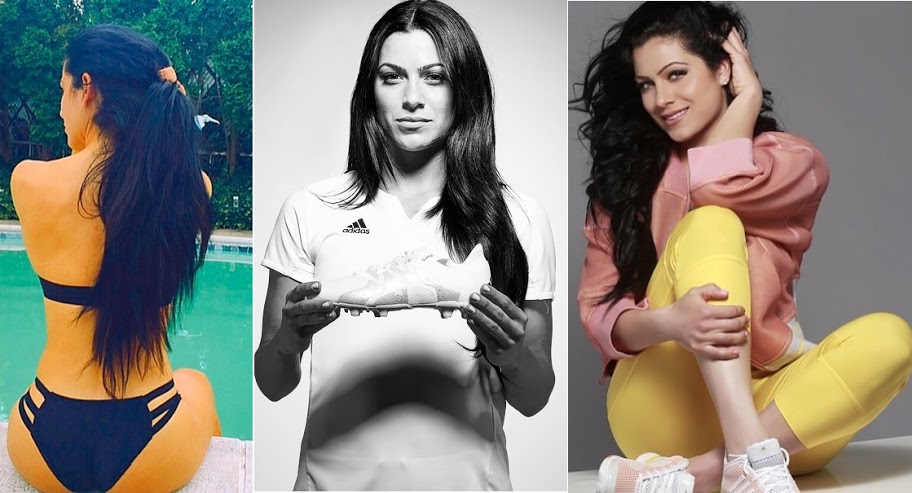 Here are the 10 Most Beautiful Female Football Players in 2019 – 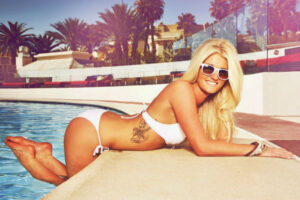 This Canadian natural beauty has a lot in her and although she is not as popular as some of the American players, she still has what it takes to be one of the best female football players in the world. 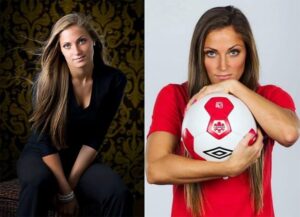 Shelina is another member of the Canadian National Team who also plays for the Orlando Pride. She has also played for professional teams in Australia, USA and Switzerland. 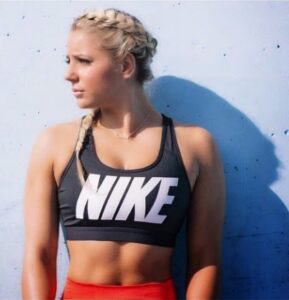 Adriana is a Canadian soccer player who plays for English club West Ham United. She previously played for the Seattle Reign, Boston Breakers, Chicago Red Stars, and Western New York Flash in the NWSL, Swiss club FC Zürich Frauen in the Nationalliga A, and is a member of the Canadian women’s national soccer team. 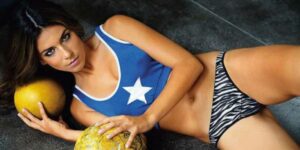 Laisa is a Brazilian soccer footballer who seems to be known more for her good looks than her ability on the field. She has done some modeling and is currently looking for work as a football player. 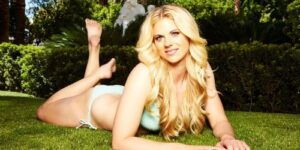 Lauren Sesselmann is one of the hottest female football player of the current era. 35 years old American Born Canadian football defender is the member of Canadian national team. She was the part of bronze medal winner Canadian football team. Using her fame and beauty, she has made her name in the field of modeling as well. 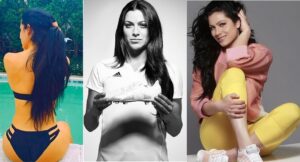 This is one Canadian football player about whom a lot of people speak almost every day and not only about the way in which she plays football, but also because of how beautifully she presents herself on the field and after match party off the field. 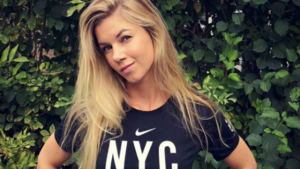 Dutch female international football midfielder, Anouk Hoogendijk is currently playing for Ajax. The 34 year Dutch defender is known for his skills and beauty. This Dutch player has everything that makes her beautiful including her blonde hair and her fair complexion. She is amongst the most beautiful female football players 2019. 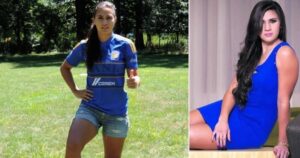 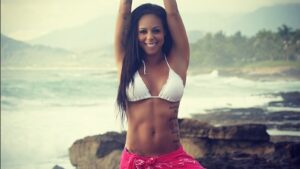 The Olympic gold medalist Canadian born American Professional football player, Sydney Leroux, is known for her skills and beauty. She is currently plays for the Orlando Pride in National Women’s Soccer League.

American beauty Alex Morgan is on top in our list of hottest female soccer players. She is also one of the best female footballers. She is undoubtedly a flawless contestant who ranks first in the list as the most beautiful female football player of the world.

Alex is the one of the most popular female soccer player in the world. She plays for United States women’s national soccer team and National Women’s Soccer League club Orlando Pride.

It concludes our list of Most Beautiful Female Footballers, let us know your views in the comments box below!