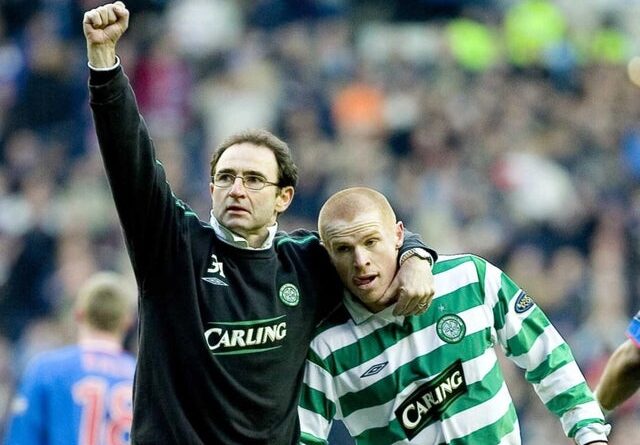 Celtic FC is one of the most followed clubs in Britain. They have a very successful history in which many legendary managers served the club. In this article, we will have a look at some of the greatest Celtic FC managers ever.

Here are the 10 greatest Celtic FC managers ever –

One of Celtic’s greatest players ever, McGrory spent 15 playing years at the club. He scored 472 goals for Celtic – a club record in 445 games. He later became Celtic’s manager and spent another 20 years with the club he loved.

Jimmy McGrory was appointed as the manager of Celtic in 1945. The high points for McGrory included the Coronation Cup victory in 1953, the Scottish League & Cup double in 1953-54 and the classic League Cup win in 1957, so one great League title, two Cups and 2 League Cup wins have rightly allowed McGrory to retain a certain affection historically as a manager. McGrory was a manager for nearly 20 years before Jock Stein succeeded him in March 1965.

As a player David Hay spent 6 years at Celtic. Davie Hay after his playing days were cut short was destined to find some niche in football coaching or management. After Billy McNeil’s departure from Celtic, Davie Hay became a surprise appointment taking in his inexperience aged only 35.

Under him, Celtic won the Scottish Cup in 1985 and the Premier Division in dramatic fashion in 1986. Celtic won their final game 5–0 against St Mirren at Love Street but needed Hearts, who were league leaders and favourites to lift the trophy, to lose to Dundee at Dens Park. Albert Kidd secured the victory for Dundee with two goals and Celtic were crowned champions. After Celtic failed to win a trophy in 1986–87, Hay left Celtic and was replaced by McNeill (2nd spell).

The historical significance of Jansen’s title triumph during the 1997-98 season will never be forgotten. For nine years in a row, Rangers had possessed the Old Firm bragging rights as Celtic failed to dislodge them from the top of the table. However, after replacing Tommy Burns, Jansen would guide Celtic to the league title and prevent Rangers from taking their sustained success into double figures – which would have broken the all-time record in Scotland.

The triumph would be particularly sweet given that the league crown was secured on the final day of the season with a 2-0 win over St Johnstone. As well as lifting the League Cup trophy, Jansen will always be held in high esteem for signing Henrik Larsson for just £650,000. The rest, as they say, is history. He is fondly remembered as one of the greatest Celtic FC managers ever.

Lennon was appointed manager of Celtic in March 2010, initially in a caretaker capacity after the departure of Tony Mowbray. Lennon was appointed manager of Celtic on a full-time basis on 9 June 2010. He retained Mjällby as his assistant, as well as former Celtic teammate Alan Thompson and former Leicester City teammate Garry Parker as first-team coaches.

However, in his first full season in charge Lennon would galvanise the support by producing an entertaining and winning team. The campaign took a while to get going and after early disappointments in Europe, the team took a little while to gel. But his signings – particularly Izaguirre, Hooper, Ledley and Kayal – were on the whole superb acquisitions and by the start of the new year, the Bhoys were in impressive form.

Lennon enjoyed significant success as Celtic manager, winning three Scottish league championships, two Scottish Cups and qualifying for the group stage of the Champions League twice, before leaving the club in May 2014.

He once again returned to Celtic Park as a manager in February replacing Brendan Rodgers. He led Celtic to further two successive league titles in the 2018-19 and 2019-20 season. Lennon was sacked the following season after a poor run of form.