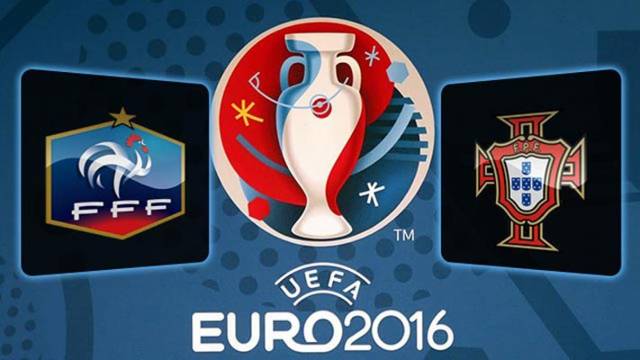 France take on Portugal in tonight’s Euro final.Portugal will look to win their first European Championship while Didier Deschamps’ side will face Portugal at the Stade de France looking to complete a hat-trick.Let us have a look at few talking points. 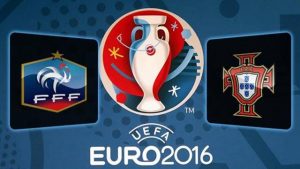 Goal and assist by Cristiano Ronaldo took Portugal into the final of Euro 2016 at the expense of Wales. Both goals came in the second half of the match played in Lyon.

After a poor 2014 World Cup, results have improved under their new manager. They have reached at least the quarter-finals in the last five tournaments. Beaten finalists on home soil in 2004, they were semi-finalists in 2000 and 2012.

Ronaldo is the top scorer in Portuguese history with 61 goals,and a lot will depend on him to fire Portugal to the Euro title.

”I’ve said before that our objective was to play in the final and win it. We have great belief because we want to make the Portuguese people happy. We want to give them something to celebrate.”

”I don’t think there’s any point discussing the France team. Everyone knows them very well. Right from the beginning I’ve always said there would be three favourites to win this competition: France, Spain and Germany. And then there were other contenders, including Portugal, who could perhaps also win it.”

France
Antione Greizmann,France’s hero is the top scorer with 6 goals.He was there with the last-minute winner against Albania in the group stage and the quick-fire brace against Ireland to turn the last-16 tie on its head. Against Germany on Thursday, he netted two more to book a final place in Paris.
France’s 2-0 victory over Germany was among the best matches of the tournament.

”We have this opportunity to become European champions. Whether you’re 18, 20 or much older, there’s a chance to win a title and we need to seize it without thinking about what might happen in the future. The players know they’re privileged to be playing the UEFA EURO 2016 final at home in Paris.”

”We haven’t had a chance to work on tactics since the semi-final. It’s all been about recovering from that match, but I’m confident my players will be ready for this huge game”

”My win [as a player in 2000] belongs to the past. This is their story. I’m a part of it, of course, because I’m the coach. I use it to my advantage, the fact I’ve won major competitions as a player; that helps me, but I never talk about the past. What matters now is the present and the future.”

”Portugal have a lot of quality and it’s no accident they’re here. Like us, they were criticised at the start of the tournament. Like us, they are now in the final. They are an experienced team who can alter their system to deal with opponents. Their defensive triangle is solid. They don’t try to win the ball back high up the pitch, but try to break quickly with their two quick players up front.”

The Real Madrid defender sat out Wednesday’s night clash with a thigh injury, and trained alone yesterday in a bid to prove his fitness. Should he miss out in Paris, veteran Bruno Alves will likely start.

For hosts France there are no fresh injuries concerns to trouble coach Deschamps.

The Stage is Set For an Amazing Euro 2016 Final