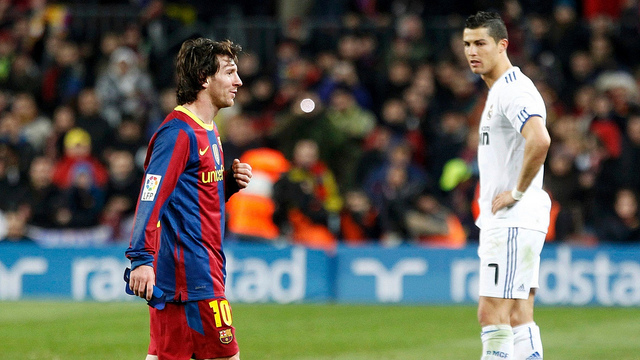 Lionel Messi and Cristiano Ronaldo are among the greatest players ever to play the beautiful game of football.They have won 8 Ballon D’Ors between them.They both are the highest goal-scorer of their respective clubs.They have earned praise from around the world.Let us have a look at the best Quotes on Messi and Ronaldo. 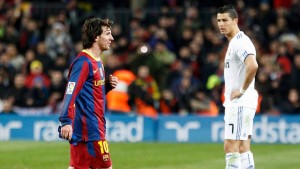 “For me, to watch Messi play is a pleasure – it’s like having an orgasm – it’s an incredible pleasure.”

“I already know the player who will take my place in football, and his name is Lionel Messi. He has something different from any other player. He is a leader who is showing an example.”

”Messi will be the player to win the most Ballon D’Or in history.He will win 5,6,7.He is incomparable”.

“Lionel Messi is quite clearly the best player ever. It’s a pleasure to pit myself against him and when I finish my career it’s something I can look back on and know I’ve tested myself against the very best.”

“I think he reached and surpassed the level of Maradona. He does incredible things, at a speed that is insane.”

“What Leo does is so incredible that I have to be careful not to stand still watching him make his moves.”

“For sure my father would have been delighted for Messi to break the record. Because he seems a very noble person on and off the pitch. He behaves himself very laudably.”

“I was a big fan of Maradona growing up and of the current crop Ronaldo is good but Messi is the best I’ve ever seen. I don’t dish out praise lightly but Messi deserves it. I look for weaknesses in his game and I can’t find them.”

”Undisputed,he is the best ever for me”.

”Who’s better, Leo or Zlatan?After what Messi has done in recent years,there’s no debate!”

“Cristiano Ronaldo is better than George Best and Denis Law, who were two brilliant and great players in the history of United.”

“There are some things Ronaldo can do with a football that make me touch my head and wonder how on earth he did it.”

“He does things I have never seen from any other player and it really is marvellous to watch. It takes a great player to grab the bull by the horns and make things happen, but he has done it repeatedly. He has been even better than people here thought he would be and that’s saying something.”

”For me he is the best player in the world. A machine. Incomparable.”

“When Ronaldo gets the ball, you can just leave him to it while he beats player after player.”

“There have been a few players described as the new George Best over the years, but this is the first time it’s been a compliment to me.”

“It is very difficult to say how you stop Ronaldo.”

“We’ve had some great players at this club in my 20 years, but he’s up with the best.”

”In the time I’ve been playing with Ronnie, the one thing I’ve noticed about him is that he can’t walk past his reflection without admiring it, even if we’re about to play a game of football”.

”In my mind,I am always the best”.