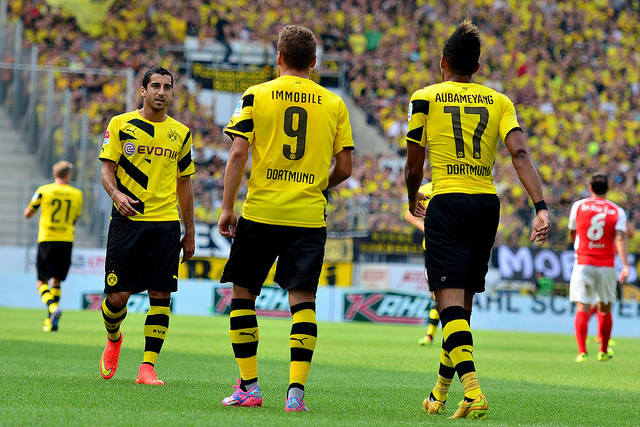 The performances that teams from the Premier League have put up in Europe lately have been, in a nutshell, unacceptable, given the caliber of the top teams like Arsenal, Chelsea, Liverpool, the two Manchester giants, and to some extent, Tottenham Hotspur.

It goes without saying that the PL is home to some of the best players in the world of football, but their inability to make it to the FIFA Team of the Year  does not justify their quality. Hence, every team needs to flex their financial muscles and rope in some important players. Here, we’re going to look at that ‘one’ position that the six best teams in England can work on and we’ll try to find the solution to that problem.

Every gunner has at some point whined about not having a charismatic presence in the middle of the park, something they’ve missed ever the departure of Patrick Vieira. However, Francis Coquelin is a decent holding midfielder to have, and therefore, what Arsène Wenger needs more urgently is a striker. 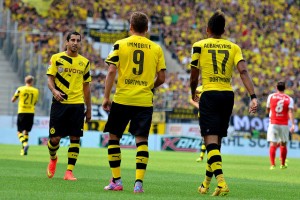 Aubameyang has established himself as a trustworthy goal-scorer, and he has the ability to tear defences apart with his breathtaking pace. BVB would not want to lose the services of the African POTY, but a bid around 45 million pounds might as well do the trick.

Dybala has scored more often than any other player in the Serie A this season for the old lady and that proves his quality, given that this is his first season at Juventus. He has brilliant ball controller and has a real eye for goal, and at 22, he’ll only get better. 40 million pounds, and Juve might consider it.

The defending champions have had a season to forget, and it won’t be wrong to say that they need a squad overhaul more than anyone else. They were looking for a new centre-back to replace the ageing John Terry and we expect them to do the same in the summer window.

Chelsea have already had bids rejected for the young English talent named John Stones, who has been solid in the past couple of seasons. Stones is one gem of a defender, and the fact that he’s homegrown and is still very young, makes him even more valuable. Roberto Martinez would hate to sell him, but he might not be able to say ‘no’ to a 40 million pounds bid.

One of the most exciting prospects in Europe, Laporte has been a rock at the back for Bilbao and has earned praise from the critics and the spectators. He has tremendous potential and will be an asset to any team in this planet. 40 million pounds for him too.

The third and last of the London clubs in this list, Tottenham have impressed everyone this season and have lived upto their expectations. Mauricio Pochettino’s boys have played some fun to watch football, but if they are to challenge for the title, they’ll need to bring in a new face in their midfield.

Koke has dazzled spectators with his brilliant touch, passing ability and vision. He would be a dream playmaker for a team that has a striker who has great off the ball movement. Spurs have that striker in Harry Kane, who’ll certainly do justice to Koke’s through balls. Due to the transfer ban, Atlético might not want to let him leave just yet, but, 35 million pounds would be testing.

Denis Suàrez was a teenage sensation at Celta and there was a time when every club wanted to sign him. He finally joined Manchester City, where he never really got the opportunity to showcase his talent. He was later sold to Barcelona, where he struggled as well. He has now moved to Villarreal and he finally seems to have settled in and is again playing some terrific football. 25 million pounds should be enough.

The next part of this article covers Liverpool, Manchester City and Manchester United, and will be up for reading soon.