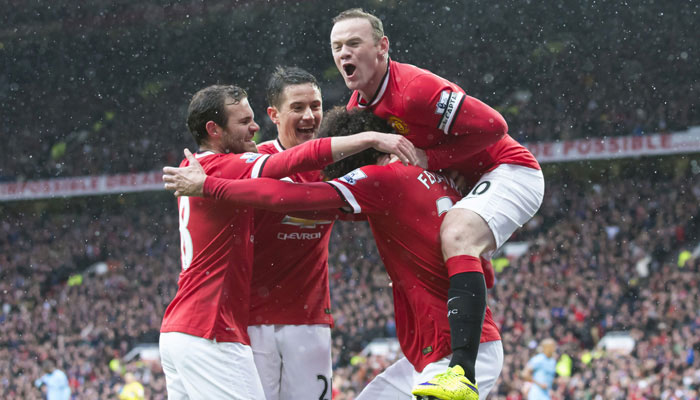 Premier League is the most competitive league in Europe,if not the world.The most exciting feature of this league is its unpredictability,it is not very rare for a team from the lower half to upset the title contenders here. However,there are certain teams who have shown more consistency than the competitors and achieved their results.So let us have a look at the clubs with the most wins in the Premier League history.

West Ham missed out on the first Premier League season after relegation in 1992, but won promotion in 1993 and played 10 consecutive top-flight seasons before returning to the Championship in 2003.

The 1998-99 season ended with West Ham fifth, their highest Premier League finish and the second highest league placing in their history.They finished 2016-17 season at 11th position.

Villa was one of the founding members of the Premier League in 1992, and finished runners-up to Manchester United in the inaugural season. The 1990s was a decade of inconsistency; the club had three different managers and league positions were unpredictable, despite winning two League Cups.They reached the FA Cup Final for the first time since 1957 in 2000, but lost 1–0 to Chelsea in the last game to be played at the old Wembley Stadium.

After several years of narrowly avoiding the drop, Villa were relegated at the end of the 2015–16 season and are currently in the Championship.Overall they played 924 Premier League games,in which they won 316 and lost 333.

Newcastle were highly successful in the Premier League in the 1990s and early 2000s without winning any trophies, but have been mostly struggling since the 2006–07 season, and were relegated in 2009 and 2016.

After spending last season in the Championship,they are now back in the Premier League for 2017-18.They have won 322 matches and lost 305,in 844 matches in their Premier League History.

Manchester City has played 772 games in the Premier League,of which they have won 327 and lost 255.Manchester City finished a respectable ninth in the inaugural Premiership season but after that the club went through a period of decline, culminating in relegation to the third tier of English football for the only time in their history in 1998.

Having regained their Premier League status in the early 2000s, the club was purchased in 2008 by Abu Dhabi United Group and has become one of the wealthiest in the world. Since 2011 the club have won five major honours, including the Premier League in 2012 and 2014.

By 2015–16, Manchester City had the fifth-highest revenue in the footballing world with an annual revenue of €463.5 million.In 2016, Forbes magazine estimated they were the world’s sixth most valuable football club, worth $1.92 billion.

Checkout:Players with most assists in the Premier League history

Everton were founding members of the Premier League in 1992, but struggled to find the right manager.When former Everton player Joe Royle took over in 1994, the club’s form started to improve; his first game in charge was a 2–0 victory over derby rivals Liverpool. Royle dragged Everton clear of relegation and led the club to the FA Cup for the fifth time in its history by defeating Manchester United 1–0 in the final. Progress under Royle continued in 1995–96 as they climbed to sixth place in the Premiership.A fifteenth-place finish the following season saw Royle resign towards the end of the campaign, and he was temporarily replaced by club captain Dave Watson.

In 2002–03 Everton finished seventh, which was their highest finish since 1996. It was under Moyes’ management that Wayne Rooney broke into the first team before being sold to Manchester United for a club record fee of £28 million in the summer of 2004. A fourth-place finish in 2004–05 ensured that Everton qualified for the UEFA Champions League qualifying round.

At the end of the 2012–13 season, Moyes left his position at Everton to take over at Manchester United. He was replaced by Roberto Martínez, who led Everton to 5th place in the Premier League in his first season while amassing the club’s best points tally in 27 years with 72.Everton reached the semi-finals of both the League Cup and the FA Cup in 2015–16, but were defeated in both. After a poor run of form in the Premier League, Martínez was sacked following the penultimate game of the season, with Everton lying in 12th place.He was replaced in the summer by Ronald Koeman, who left Southampton to sign a 3-year contract with Everton and led the club to a 7th position finish in its first season.

In the first ever Premier League season, Spurs finished eighth, with Teddy Sheringham being the division’s top scorer with 22 goals.The following season they finished 15th with Sheringham again finishing as top scorer.Over the next two years, manager Francis added the likes of Ruel Fox, Chris Armstrong, Les Ferdinand and David Ginola to the ranks at White Hart Lane, while players including Teddy Sheringham, Ilie Dumitrescu and Gheorghe Popescu departed. His transfer dealings, however, failed to deliver European qualification or higher, as Spurs finished eighth in 1996 and tenth in 1997. Francis was ultimately sacked in November 1997 after Spurs were crushed 4–0 by Liverpool, a result which left them 16th in the Premier League.

Since then the club have seen its ups and downs ,but were never relegated.Their best ever Premier League finish came last season when they finished 2nd,1 place better than the 2015-16 season when they had finished 3rd.

Liverpool too, have never been relegated in from the Premier League.In the inaugural season of the Premier League, Liverpool finished in sixth place, losing fifteen of their forty-two matches.In the 1993–94 season Liverpool won their first three games, but their form dipped as they lost four consecutive games,eventually finishing 8th.

Their highest finish in the Premier League is 2nd,which they finished in 2001-02,2008-09 and 2013-14.They finished the last season 4th and qualified for the Champions League after an absence of two seasons.Overall they have played 962 matches in the Premiership and won 478,losing 241.

With 516 wins in 962 games,Chelsea is the 3rd most successful team in terms of matches wins in the Premier League history.

Chelsea’s form in the start of the Premier League was unconvincing. It was not until the appointment of Ruud Gullit as player-manager in 1996 that their fortunes changed. He added several top international players to the side, as the club won the FA Cup in 1997 and established themselves as one of England’s top sides again. Gullit was replaced by Gianluca Vialli, who led the team to victory in the League Cup Final, the UEFA Cup Winners’ Cup Final and the UEFA Super Cup in 1998, the FA Cup in 2000 and their first appearance in the UEFA Champions League. Vialli was sacked in favour of Claudio Ranieri, who guided Chelsea to the 2002 FA Cup Final and Champions League qualification in 2002–03.

In 2003, Chelsea were bought by Russian billionaire Roman Abramovich, ushering in the club’s current phase of success. José Mourinho led them to two league titles, an FA Cup and two League Cups in three seasons. The club added a further FA Cup in 2009, and then their first League and FA Cup “Double” in 2010. Under the stewardship of former player Roberto Di Matteo, the club won a seventh FA Cup in 2012, before going on to win its first UEFA Champions League title.

In the summer of 2013, Mourinho returned as manager, leading Chelsea to League Cup success in March 2015,and their fifth league title two months later. In 2015–16,Mourinho was sacked after poor performance by the club and Chelsea recorded their lowest Premier League finish in twenty years, placing 10th in the table.The following year, under new coach Antonio Conte, Chelsea won its sixth English title.

In 962 games that Arsenal have played in the Premier League,they won 525 and lost only 190.They were founder members of the FA Premier League on its launch for the 1992–93 season. They lost their first ever Premiership game 4-2 after taking a 2–0 lead over underdogs Norwich City at Highbury; Norwich, among the pre-season relegation favourites, were actively involved in the title race and finished third, whereas Arsenal finished 10th.

2003–04 was a record-breaking season for Arsenal, as they won the Premiership unbeaten (26 wins, 12 draws, 0 defeats), finishing a clear 11 points ahead of second-place Chelsea. After being 1-0 down against Liverpool,Arsenal faced with the potential collapse of their season, however they recovered from being 1–0 and 2–1 behind to Liverpool to win 4–2, thanks to a Thierry Henry hat-trick, and went on to win the league with a 2–2 draw away to Tottenham Hotspur, mimicking their success in 1971.

Their best league finish after that season came in 2015-16,when they finished 2nd.

At the end of that season,Manchester United manager Alex Ferguson retired after spending 27 successful seasons with the club.Since his retirement,Man Utd are yet to register a top 3 finish.