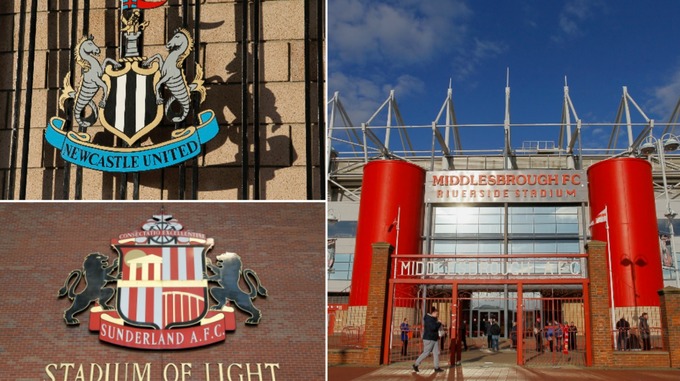 North East England is one of nine official regions of England and includes the counties of Tyne and Wear, County Durham, Northumberland and a small part of North Yorkshire. Not many professional clubs come from here as compared to the other regions of England. However, this region is famous for having passionate fans. These fans support their favourite clubs with a full heart. In this article, we will rank the 5 biggest football clubs in North-East England.

Harrogate Town competes in League Two, the fourth tier of English football. They earned the promotion after winning the 2019–20 National League play-offs. The club’s colours are black and yellow and they play their home games at Wetherby Road.

The club was due to be formed for the 1914/15 season however, due to the Great War all games were postponed before fixtures could take place. After the war, Harrogate AFC was formed for the 1919/20 season to play in the West Riding League. The club adopted the name of ‘Harrogate Town’ in 1948. They qualified for the Football League for the first time in their history in 2020.

Hartlepool United competes in the National League, the fifth tier of English football. The club was formed as a professional club in 1908 and joined the League in 1921. Hartlepool have played home games at Victoria Park throughout their history. Their main rivals are Darlington.

Middlesbrough are currently competing in the EFL Championship, the second tier of English football. They play their home games at the Riverside Stadium. It is a football club with a very long history. They reached the final in the FA Cup 1997 and won the Football League Cup in 2004. Among the latest achievements for the club was to reach the UEFA Cup final in 2005-2006, which ended with a loss against Sevilla.

The club was founded in 1876 by Middlesbrough Amateur Cricket Club. The North Yorkshire team became a member of the Football League in 1899 and played their first season in the second division. They reach the top-tier for the first time in 1902 and their best Division One position is third place, which happened in 1914.

The club’s traditional kit is red with white detailing. The home shorts and sock colours have interchangeably been shifted between red and white, complementing the red shirt that was adopted in 1899. Middlesbrough are definitely one of the biggest football clubs in North-East England.