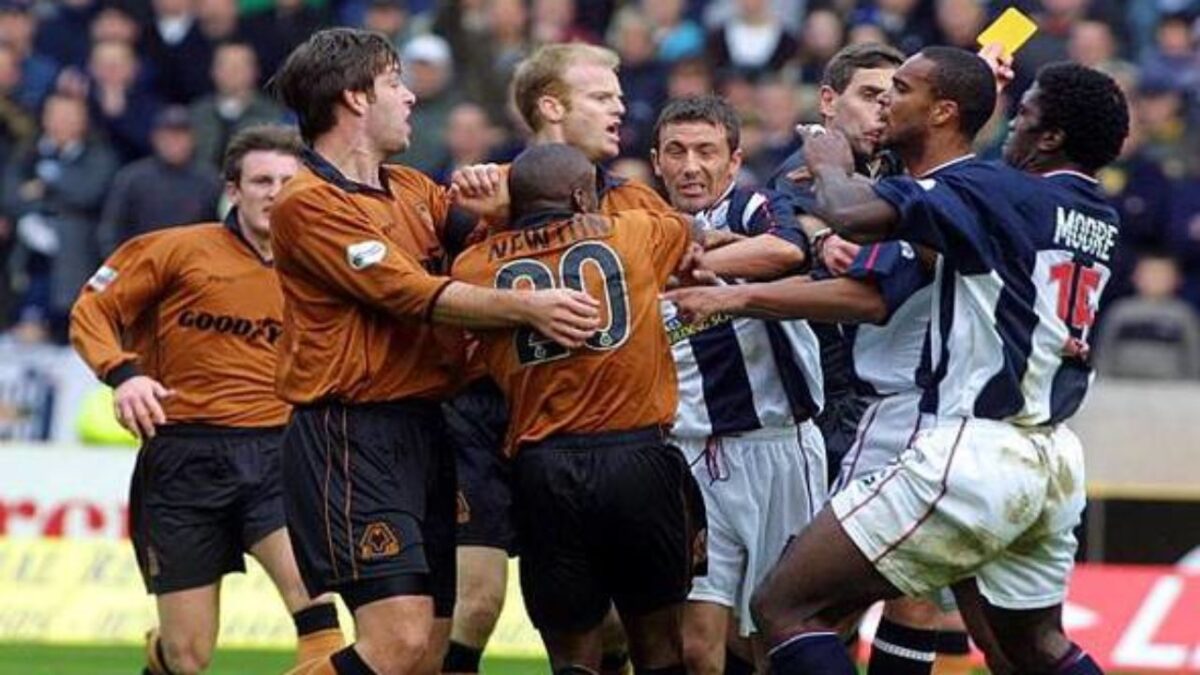 In this article, we will be having a look at some of the biggest football rivalries in Midlands. Let’s start by splitting the region down the middle. To make it simple, we’re dividing the Midlands into two halves; East Midlands and West Midlands.

Let us begin with our list of 10 biggest football rivalries in Midlands.

When it comes to West Midlands derby matches, there’s plenty of needle to be found on the park whenever any of the area’s big four sides play each other. The Second City derby, Aston Villa v Birmingham City, is more than matched in competitiveness and intensity by the Black Country derby, between Wolves and West Bromwich Albion.

Even though they are not bitter rivals but there is dislike betwen the two for each other. The bragging at stake makes it an intense affair. This game could be regarded as one of the biggest football rivalries in Midlands.

It might not be a hotly-contested rivalry but it’s a local derby and both teams are trying to win. The main rivals of both the clubs are Wolves and Aston Villa respectively. Emotions also get pretty stirred up when there is a clash of the two clubs who take their names from the two main cities of the West Midlands. Similar is the case when West Brom and Birmingham City face each other.

In the 132 games played between the two, West Brom has won 60 and Birmingham City has won 35.

The Potteries Derby is the local derby between the Potters and fellow Stoke-on-Trent based outfit Port Vale. The fans of each club both consider the other to be their main rivals, this has led to a heated atmosphere at these matches.

The two teams have met a total of 185 times, with Stoke winning 101 of them compared to Port Vale’s 44. One study in 2019 ranked it as the joint-28th biggest rivalry in English professional football, level with the Manchester derby.

This fixture between Leicester City and Derby County is a major football rivalry in the East Midlands. The fixture is often called an East Midlands derby and is one of the biggest football rivalries in Midlands. Although both clubs have a strong mutual dislike of each other, they both consider Nottingham Forest their main rivals.

Derby have a better record against Leicester beating them 46 times in 108 meetings. Leicester have won 34 meetings with 28 ending in draws. However, in recent years Leicester have dominated the fixture, having won 9 of the last 11 meetings.

Aston Villa vs West Brom is one of the West Midlands derbies. While the younger generation typically tend to save their most abusive language for Birmingham City and Wolverhampton Wanderers, there’s still a section of supporters who see this as THE big West Midlands derby.

Their stadiums, Villa Park and The Hawthorns respectively, are four miles away from each other. Both clubs have bigger rivals—Birmingham City for the former in the Second City derby, and Wolverhampton Wanderers for the latter in the Black Country derby.

A 2010 article in The Daily Telegraph ranked the rivalry between Aston Villa and West Bromwich Albion as the third most fierce in the region, behind the two aforementioned derbies. Both the clubs have met 145 times, with Villa winning 68 compared to West Brom’s 47.