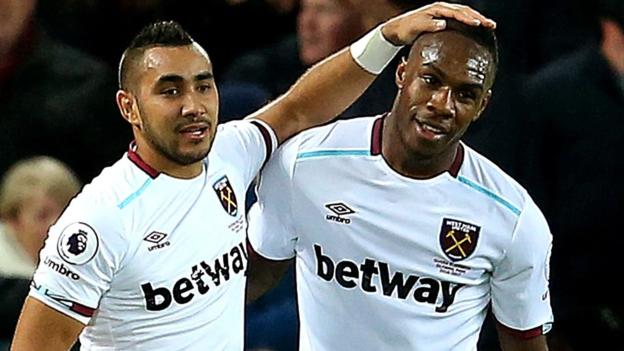 West Ham is one of the biggest clubs in England. This London based club had its ups and downs in the 2010s. Many great players played for the club during this timeline. In this article, let us have a look at some of the best West Ham players of the last decade.

Considering various factors like consistency, skills, impact and loyalty, here are the 10 best West Ham players of the last decade.

Fabianski may have been a West Ham player for just 18 months, but he already is staking a claim to be the Club’s best goalkeeper of the Premier League era. An outstanding shot-stopper and calming presence behind the defence, the Poland international made more top-flight saves than any other in 2018/19, being rewarded for his outstanding displays with the Hammer of the Year award in 2019.

Young Declan Rice has already achieved so much in his short career. West Ham’s Academy of Football graduate is closing in on 100 first-team appearances for West Ham United, has twice come within a few votes of being named Hammer of the Year. He has also established himself as a regular member of Gareth Southgate’s England squad.

The ‘Ginger Pele’ disproved the suggestion that you should ‘never go back’ in football by enjoying a superb second spell in Claret and Blue in the 2010s. The wholehearted Welsh defender was a figurehead as West Ham United re-established themselves as a Premier League club under Sam Allardyce, putting his body on the line whenever he played.

He was a cult hero at the club and in his second spell as a Hammer played between 2012 and last year when he was inexplicably released, a heartbreaking day for the Wales international.

Hammer of th Year 2013, Winston Reid was signed after starring for New Zealand at the 2010 FIFA World Cup. He is West Ham United’s second longest-serving player behind Mark Noble. A calm and composed centre-back, Reid played an integral part in helping the Hammers win promotion in 2012, while his winning goal in the final game at the Boleyn Ground will never, ever be forgotten.

Kevin Nolan was one of the most dependable players that West Ham had in the last decade.The signing of Kevin Nolan from Newcastle United in June 2011 was the first step towards the rebuilding of West Ham United after relegation.

Nolan commanded the middle of the park with his wisdom and knowledge, guiding the club back to the Premier League in 2012, scoring 12 goals in the process. He was also made the club captain. His influence should never be undervalued.

Aaron Cresswell has become a Premier League star since joining West Ham United. The likeable left-back arrived from Ipswich Town in 2014 and enjoyed a spectacular debut season in Claret and Blue, capped with a Hammer of the Year award. The following year, 2016, his fine form saw the Liverpool-born defender capped by England.

Michail Antonio had never played a minute of Premier League football prior to joining West Ham United from Nottingham Forest in August 2015. He became the Hammer of the Year in 2017.

Since then, the powerful and versatile south Londoner has become a firm favourite among the Claret and Blue Army after scoring unforgettable and historic goals in wins over Liverpool, Manchester United and, twice, Tottenham Hotspur.

Scott Parker’s West Ham United career coincided with a difficult time in the Club’s history and was more than half over when the 2010s dawned. But the energetic central midfielder was clearly the standout performer over the opening 18 months of the decade, amazingly winning Footballer of the Year honours as the Hammers were relegated in 2010/11.

He was twice the winner of the Hammer of the Year award. In the last decade he only made 57 apps for the club, but thats good enough to grant him a place in this list.

Dimitri Payet’s pre-mature departure from West Ham United in the winter of 2016/17 means the Frenchman is unlikely to win any popularity contests in east London. But no one can deny the fact that when he was in the mood, the former Marseille attacking midfielder was a mercurial match-winner who lit up the final season at the Boleyn Ground with a series of spectacular performances and goals. He also won the Hammer of the Year in 2016.

Noble is an inspirational leader, consistent central midfielder and ultra-reliable penalty taker. Born in Canning Town, he’s a lifelong supporterof West Ham. He has been the captain of the side since 2015 and has been the one constant through a decade of change in east London.

Noble is still going strong at the age of 32 as his Hammers career enters a third decade. He was twice the winner of the Hammer of the Year (2012, 2014).