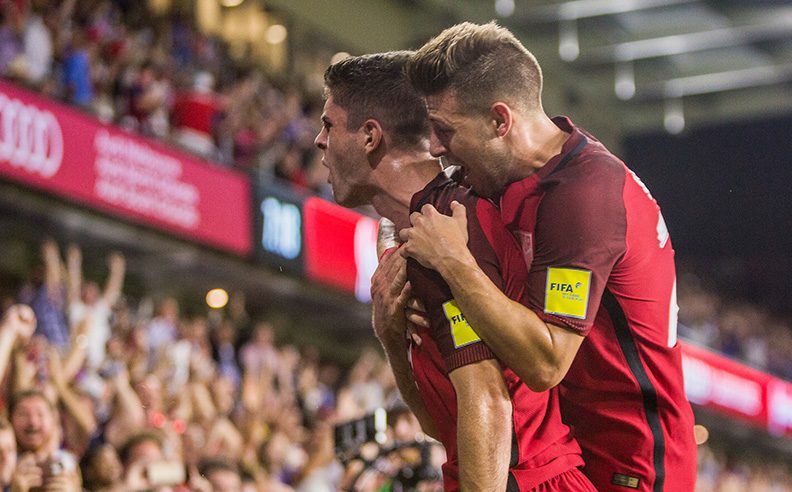 After 18 games in the Premier League Manchester United are in the second position in the league, 11 points behind their rivals Manchester City. Despite a healthy looking position on the table , United have been far from consistent this season. With the winter transfer window coming up , Jose Mourinho will be looking to sign some good players to bolster up his squad.

Jose Mourinho has been given £80million to bring reinforcements in his team. Here are some of the players Manchester United could sign in January:

Mourinho is keen on signing a central midfielder and a winger, with the club interested in Bordeaux’s Brazilian Malcom. Malcom’s ability to cut in from the right and shoot with his left foot has seen him score a number of incredible goals for Bordeaux from distance. The 20-year-old’s close control and quick feet allow him to move clear of oncoming defenders in order to get a shot away.

Mourinho believes Malcom, 20, could provide the ‘missing piece’ in United’s attack despite his rawness. Malcom has scored seven goals in 18 appearances for 15th-placed Ligue 1 side Bordeaux. United is willing to pay £26million for this youngster to play for their club.

Manchester United are reportedly planning to make a bid for the juventus defender Daniel Rugani in the winter transfer window. Mehdi Benatia has been in great form for Juve, and if he maintains that then the Old Lady could be forced to sell Rugani due to his demand for regular action. The 23-year-old Rugani is very frustrated with his team and only started in 10 league games and only one Champions league game in November against Barcelona which also ended in a goalless draw.

Manchester United’s Victor Lindelof has had turbulent time and has been heavily criticized time at Old Trafford since his move from Benfica in the summer, and Rugani could be seen as his replacement to provide a more secure and consistent defense. United are willing to table a bid of €40m but are likely to face competition from Arsenal.

Manchester United are plotting an extravagant deal to bring Juventus star Alex Sandro to Old Trafford next month. The Red Devils aim to edge rivals Chelsea by offering Henrik Mkhitaryan in exchange. While Mkhitaryan had a great start to the season, managing five Premier League assists in August, the Armenian has since dropped down the pecking order at Old Trafford.

United are keen to add a left-back to their squad with Luke Shaw’s future uncertain and Jose Mourinho keen for an upgrade on Ashley Young.  But the Serie A champions do not want the Armenian in return for Sandro; instead, they will demand Daley Blind and cash to part with the Brazil international.

Pulisic is still one of the most desired young players in the world. The likes of Liverpool, Tottenham and even Bayern Munich have been mentioned as possible future landing spots for the 19 years old.

Mourinho is determined not to play second fiddle to great rival Pep Guardiola at the Etihad and could swoop for Pulisic. He believes signing a player who can unlock the tightest of defences will help his team close the gap. Mesut Ozil remains the priority in this position, with the player’s camp encouraging a move from United, though they will not look to sign the Arsenal man in January.

Converted winger Ashley Young has impressed this season, but Jose Mourinho will be keen to bring in a proper left full-back. Danny Rose is thought to be the number 1 target in this position.

Rose, 27, is yet to hit top form after a long-term lay-off but has been one of the league’s top left-backs over the past few seasons.A United move would net the England defender a huge pay rise but Jose Mourinho’s side would have to come close to the record fee for an English defender rivals City paid for Walker.

Manchester United and Liverpool are both interested in signing Barcelona’s versatile midfielder Sergi Roberto in the January transfer window. Roberto has spent much of the last two seasons playing at right-back and United may see him as a long-term successor to Antonio Valencia

The Barca star is demanding a pay rise to stay at the Nou Camp and the Spanish giants are currently standing firm. Mourinho wants to take advantage of the situation and wants to bring him to Old Trafford.