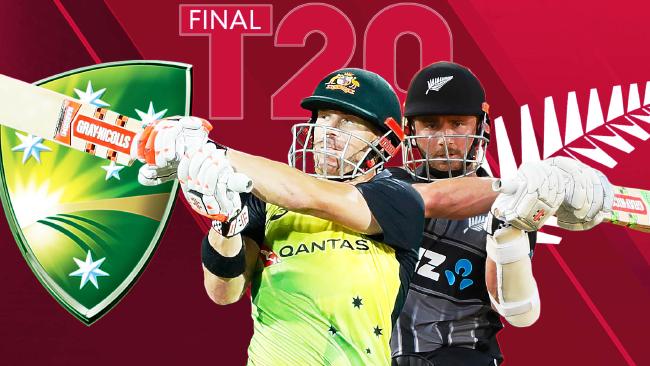 Australia won all their games to easily qualify for the final while New Zealand did it the hard way in their last game against England. They lost the game but scored enough runs to quality for the final courtesy of their good run rate.

As the game is going to be played on the same ground as 5th T20 of the series between NZ and Aus ,where more than 480 runs were scored , expect a similar kind of batsmen dominating game even in this game.

Having won 5 consecutive T20 games already, Australia will be eyeing to notch sixth consecutive win — and a Tri-Series title —that would be an enormous for an Australian team that is building towards the 2020 World T20 on home soil.

New Zealand’s form doesn’t looked quite good — they lost twice to Australia, and also won just won of their 2 games against England.

Here is the video showing the dream 11 of the game!