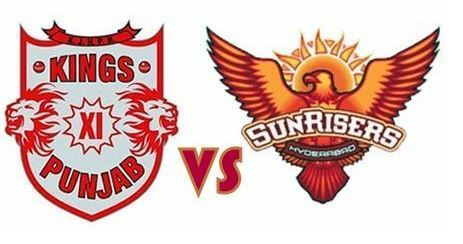 Kings XI Punjab hosts SunRisers Hyderabad on 8th April in the 22nd match of the IPL 2019. Both the teams so far have won three matches and lost two. SRH is in the third place in the IPL league table, while KXIP is in sixth place because of the difference in the run rate. With explosive batsmen present in both the sides, this game promises to be a cracker. In this KXIP vs SRH preview, we will have a look at the team news, predicted lineup, pitch report, venue, telecast details, star players, Dream 11 and other fantasy teams.

Here is the KXIP vs SRH preview

In their last game against CSK, KXIP lost despite fifties from Sarfaraz and KL Rahul. They took the game too deep and couldn’t manage to win it from there. However, in the last game on this ground, KXIP made a terrific comeback against the Delhi Capitals by taking seven wickets in no time to win the game. Sam Curran was the hero of the match with his hat-trick coming at a very crucial time. Similar performance will be expected from the English all-rounder. KL Rahul and Chris Gayle will have the responsibility to provide the good start and Ashwin along with Shami will lead the bowling attack.

SRH collapsed for just 96 in their last match while chasing 137 at home against the Mumbai Indians. It was the first test for their middle order and they failed miserably. This collapse led to the questions of Kane Williamson’s inclusion, who is nearing full fitness. But his inclusion will only be on the cost of Mohammed Nabi, who has been very good with the ball in the games he has played. This will be a big question for the SRH think tank but for this game they are more likely to stick with the Afghan veteran.