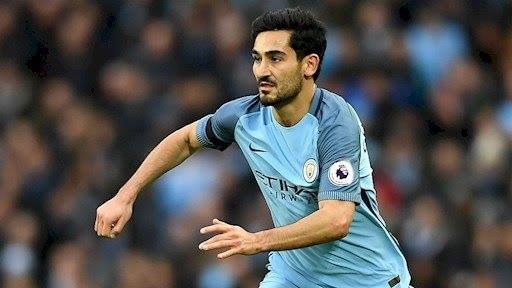 Manchester City midifielder İlkay Gündoğan has issued warning to Chelsea ahead of their crunched Premier League fixture on Saturday.

Speaking to City’s official website, Gündoğan said: “It’s a huge game and it’s away, so it’s even more difficult, but we feel ready.

”If you ask the manager there is always something to improve but we know that we are a great team, we have great players and it’s just up to us to prove that every fourth day.

”It’s also about character, going to Stamford Bridge against the champions to play our game. ”We’re going to prove that we are ready for that and hopefully it will be a great game for us.”

City has made a fairy-tale start to the campaign and head to Stamford Bridge on the back of emphatic victories over Liverpool (5-0), Watford (6-0) and Crystal Palace (5-0). They have conceded just one goal and kept five clean sheets in their last six matches.

The 26-year-old further added: “At the back too we have conceded few, so our defence has also done a great job in the last weeks. It’s a combination of both and that’s a really good recipe to win games.”

Meanwhile, Chelsea manager Antonio Conte has expressed his displeasure over the timing of the fixture – “Honestly, in this case we are a bit penalised and I think it’s very important before taking a decision like this to analyse the different situations of the teams.”

“We played tonight, away. For sure, we will return to London around 4am. To have only one day to prepare for this type of game is not right.”

Conte further added: “Don’t forget: Saturday is a big game. To play a big game is better because we can keep that concentration very high. But I want to wait and check.”

Chelsea go into the Saturday game on the back of a landmark Champions League victory over Atlético Madrid, the first ever English side to defeat the club at their home ground. Meanwhile, the Premier League has confirmed that Markin Atkinson will take charge of the proceedings at Stamford Bridge.