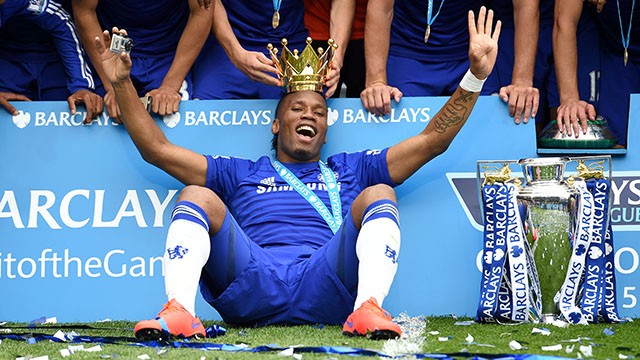 Didier Drogba is Chelsea’s  “Unforgettable” hero.Didier Drogba has earned worldwide acclaim as a professional footballer and a champion.The Ivorian’s Journey is inspirational and unforgettable , he has been an inspiration for many youngsters.Ivory Coast captain has achieved something more than just glory and medals in his professional career. 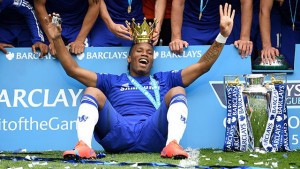 “When I was young there were a lot of players more talented than me. They had pure talent. But my desire was stronger than their talent.”

Didier Yves Drogba Tébily was born on March 11, 1978, in the Ivory Coast city of Abidjan.

At age 5, he was sent to live in France with an uncle, a professional football player , with the hope he would be exposed to more opportunities by the experience. Eventually, his parents and siblings joined him in France.

Drogba became more serious about football as a teenager, playing for youth teams of the Levallois and Le Mans clubs. However, he was set back by injuries and his lack of training at one of the football academies that develop elite talent for European clubs,

The Start of Professional Career

He received his first big break after transferring to Guingamp in 2002, where he helped the club avoid relegation to the second division.

He transferred to Marseille for the 2003-04 season, scoring 19 goals in 35 games to win the French Ligue 1 Player of the Year. Having reached his athletic prime, the 26-year-old was targeted by many of Europe’s top clubs.

Drogba moved to Premier League club Chelsea for a club record £24 million fee, making him the most expensive Ivorian player in history.

Drogba’s performance was uneven in his first two seasons of Premier League play, and he drew heavy criticism for “diving,” the act of falling down after contact in hopes of drawing a foul, and for his outbursts at referees.

But the powerful 6’2″ striker finally appeared comfortable in his third season, scoring 33 goals to win the Premier League Golden Boot, along with the game winners in the League Cup and FA Cup finals.

But when he arrived in Chelsea in his debut season he helped the club win their first league title in 50 years, and a year later he won another Premier League title.

2006-07 (Third Season) The season was a personal success for Drogba as he hit 33 goals in all competitions (more than his tally in the previous two seasons combined), including 20 in the Premier League to win the Golden Boot.

The Ivorian International became the first Chelsea player since Kerry Dixon in 1984–85 to reach 30 goals in a season, scoring 20 in the Premier League, six in the Champions League, three in the FA Cup and four in the League Cup

The 2007–08 season began badly for Drogba as he expressed doubts about the departure of manager José Mourinho. He was reportedly in tears when Mourinho told him he was leaving the club, and said “Mourinho’s departure destroys a certain familiarity we had at the club. Many of us used to play first and foremost for the manager. Now we need to forget those feelings and find another source of motivation”.Following these claims, Drogba told France Football Magazine “I want to leave Chelsea. Something is broken with Chelsea, The damage is big in the dressing room”. Despite having signed a four-year contract with the club in 2006, Drogba reportedly pointed out several favoured clubs in the interview, identifying Barcelona, Real Madrid, Milan or Internazionale as possible future destinations, he later admitted he regretted this and was 100% committed to Chelsea.

In December 2007, Drogba was voted fourth (after Kaká, Lionel Messi and Cristiano Ronaldo) for the 2007 FIFA World Player of the Year.

He created the Didier Drogba Foundation in 2007, which, according to its website, “aims to provide financial and material support in both health and education to the African people.” For his humanitarian actions, in 2010 Timemagazine included Drogba in its list of the 100 most influential people in the world.

An immensely popular figure in his home country

In March 2012, he became the first African player to score 100 Premier League goals,and also became the only player in history to score in four separate FA Cup finals the same year, when he scored in Chelsea’s win over Liverpool in the 2012 final.

Drogba’s career with Chelsea ended in storybook fashion when he scored a equaliser and  the winning goal in a penalty shootout against Bayern Munich in the 2012 Champions League final.

Drogba catapulted the national team, nicknamed “the Elephants,” into World Cup competition for the first time in 2006, and again in 2010. Although the Elephants failed to advance past the group stage both times, their appearance in soccer’s biggest tournament with the likes of Brazil and England thrilled their devoted fans from Africa.

He is the all-time top scorer and former captain of the Ivory Coast national team.

Drogba signed a lucrative deal with Shanghai Shenhua in June 2012, but his career in China was short-lived, as he played just 11 games with Shanghai before transferring to the Galatasaray club in Turkey.

In Galatasaray , Drogba scored the winning goal in the final of the 2013 Turkish Super Cup.

Drogba returned to Chelsea in July 2014.With a career record of scoring 10 goals in 10 finals winning 10 trophies at club level, Drogba has been referred to as the “ultimate big game player.”

Later he signed for Canadian Major League Soccer Club Montreal Impact and has been in form since his arrival scoring 11 goals alreadyDidier Drogba is  best known for his career at Chelsea.