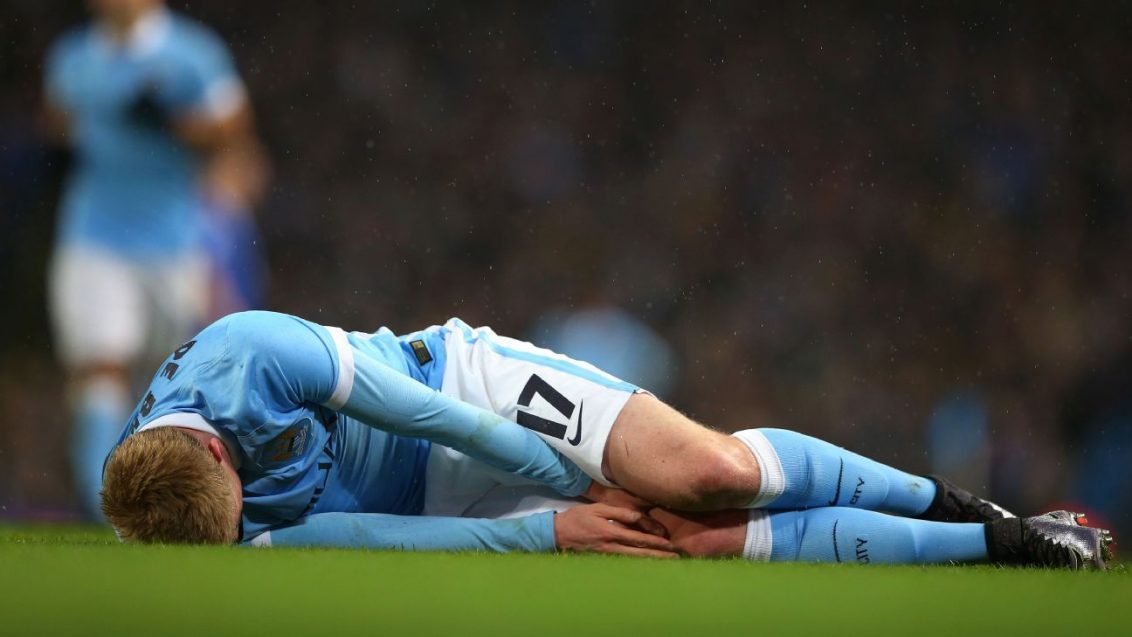 Manchester City will be without their star-man Kevin de Bruyne for the next 3-6 weeks as the Belgian playmaker sustained a training injury earlier on Wednesday.

It is thought that the extent of the injury on his right knee is similar to the one he had in 2016 against Everton. The 27-year old scored 8 goals and provided 16 assists last season in the Premier League before having a fantastic spell at the 2018 World Cup in Russia. De Bruyne scored once and registered 2 assists at the World Cup and is definitely City’s main man in the midfield this season.

Pep Guardiola will certainly keep hoping that de Bruyne returns as soon as possible but given City’s prowess in their strong bench with Ilkay Gundogan and youngsters Phil Foden and Brahim Diaz ready to step up for their moments. City boss Pep Guardiola should be calm going into the new season keeping in mind that even Bernardo Silva has been effective in the midfield role off late.

De Bruyne started 37 games out of the possible 38 last season in the league and furthermore featured in all of City’s Champions League matches. City’s next six league matches are against the last six promoted teams in the PL and City fans will be hoping to see their star man back before the Liverpool tie on 7th October.