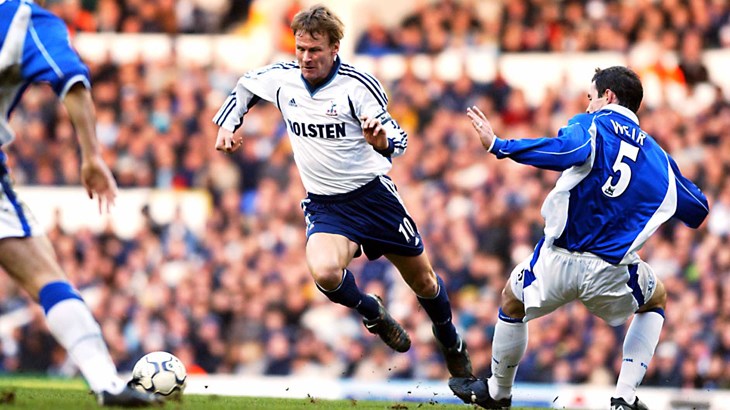 Tottenham Hotspur are one of the biggest club in England. They have fans all around the world. Many great players have played for this club and today we will have a look at Tottenham Hotspur top scorers of all time.

The Irishman signed from Leeds United in 2002,manager Glenn Hoddle said that Keane was ideally suited to Tottenham and could make White Hart Lane his “spiritual home” for years to come.Keane is renowned for his pace, dribbling skills, and creativity, and has also stood out for his leadership throughout his career. 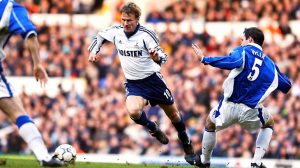 Sheringham was hugely popular with the Tottenham fans and by the mid-1990s was firmly established as one of the most highly rated strikers in the Premiership.Just like Keane,Sheringham’s time at Tottenham was also divided into 2 spells.He first joined Tottenham in 1992 and played till 1997 and second spell started from 2001 and continued upto 2003.He played for Manchester United in between.

Gilzean joined the North London club in December 1964 for a fee of £72,500 despite Gilzean being offered better personal terms by Sunderland and the Italian club Torino were also interested in signing him.

Gilzean enjoyed a glittering career as a Tottenham player, quickly changing his style of play from a prolific striker to an intelligent and creative forward, forming a famed partnership alongside crowd favourite Jimmy Greaves. A member of the 1967 FA Cup winning team, Gilzean continued to be a regular first-team player despite the arrival of Martin Chivers in early 1968 from Southampton.

Between 1946 and 1957 Len made 307 appearances for Tottenham Hotspur and scored 134 goals.He won the League Championship in 1951 having won the Second Division title the year before. He was known as ‘Reliable Len’ for his hard work.

Hunt joined Tottenham Hotspur in June 1930 and spent seven seasons with the club, and was a prolific goalscorer, hitting 138 goals in 198 matches for Tottenham as they were promoted to the First Division and becoming the club’s top scorer for five consecutive seasons, from 1931–32 through to 1935–36.

Defoe joined Tottenham in 2004 and received the club’s Player of the Year award for the 2004 calendar year.He left for Portsmouth in 2008 but returned to Tottenahm in 2009,where he continued to play upto 2014 making a total of 363 appearances in the process.

Clifford  Jones is a Welsh former football international, who was capped 59 times for Wales and was a crucial member of Tottenham Hotspur’s 1960–61 Double-winning side.He is regarded by many as one of the best left wingers ever.

Chivers played for the club between 1968-1976.In his 8½-year Spurs career, Chivers scored a total of 174 goals in 367 first-team appearances and remained the leading Tottenham goalscorer in European competition for 39 years until he was overtaken by Jermain Defoe on 7 November 2013. He was capped 24 times for England, scoring 13 goals.

No. 2 in our list of ‘Tottenham top scorers of all time’ is Bobby Smith. He is one of the players who played for both Chelsea and Tottenham Hotspur. He was part of the double winners in 1961 and  also won the UEFA Cup winner’ Cup in 1963. He scored in the final of both the FA Cups he won with Tottenham(1961,1962).

Jimmy Greaves is one of the greatest Tottenham players ever.His goal scoring ratio is unparallel. Greaves was a prolific goalscorer, and cited his relaxed attitude as the reason for his assured composure and confidence. He also had great acceleration and pace,as well as great positional skills and opportunism inside the penalty area.