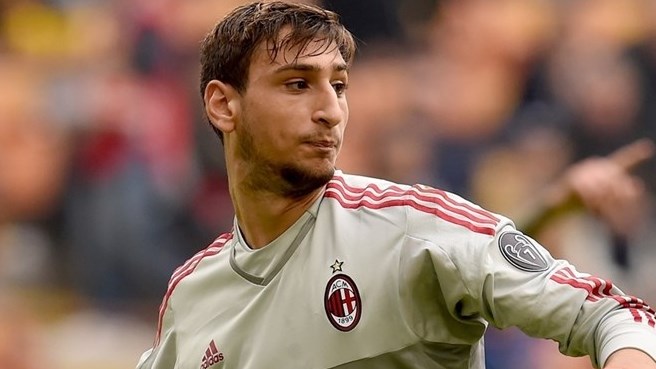 Good young footballers are always subject to expectations.People always compare them to some of the absolute legends of the game and hope that they will emulate them.We already wrote on Best Young Footballers In The Premier League and today we will have a look at some of the hottest young prospects in world football.

Here are the top 15 hottest young prospects in world football.We have only included players who were born on 1 Jan 1996 or later.

Recce oxford is a West Ham’s defender who is on loan at Reading.His loan deal ends in the summer and it is expected that West Ham will send him on another loan with recall clause.

Oxford made his debut for West Ham aged 16 years and 198 days, making him the club’s youngest ever player, beating a record of 16 years and 221 days set in 1922 by Billy Williams.

He is tall,quick and confident on the ball. He is considered as one of the hottest prospects in world football.

Though born in Syria,Dahoud has been snapped up by Germany at youth level.Having previously represented Germany at U18 and U19 level, Dahoud made his debut for the German U21 team as a substitute in a 4–1 win over the Faroe Islands on 24 March 2016, before making his full debut a week later against Russia.

Having made a name for himself with Borussia Mönchengladbach,he caught the attention of many clubs across Europe.With only a year left to run on his contract, Gladbach announced on 30 March 2017 that Dahoud would be joining fellow Bundesliga side Dortmund at the end of the season.

Davies is an academy graduate of Everton, having joined the club at the age of 11 and signed his first professional contract on 30 September 2015.

He was handed his Premier League debut by manager Roberto Martínez on 16 April 2016 in a 1–1 draw with Southampton at Goodison Park, entering the field of play as an 83rd-minute substitute for Darron Gibson.On the final day of the Premier League season, following the sacking of Martínez, Davies was handed his first start for Everton by interim manager David Unsworth in a 3–0 win over Norwich.His performance over the course of the 90 minutes earned him the Man of the Match award.

He scored a sensational goal against Manchester City last season and is a huge prospect for Everton.

Iheanacho made a name for himself in the 2015-16 season,where he made immediate impact on the club.He scored goals on a regular basis and was tipped for future greatness.

However,the following season wasn’t productive for him as he was mainly confined to the bench under new manager Pep Guardiola.He may leave Man City this summer in hope of getting more playing time,be it on loan or permanent deal.

A Manchester United player from the age of seven,Rashford scored twice in both his first-team debut in Europa League and in his first Premier League game in February 2016,which was against Arsenal. He also scored in his first Manchester derby game, and his first League Cup game.

Rashford scored on his England debut in May 2016, becoming the youngest English player to score in his first senior international game.He is a great dribbler and has a great future ahead of him.

He came runner-up to Portugal’s Renato Sanches in the Golden Boy award for best European player under the age of 21, on 24 October 2016.

Neymar, Robinho, Pepe and Pele all famously broke out of Santos’ excellent youth academy and Gabriel Barbosa looks set to be the next starlet to do so.He left Santos to join Inter Milan in the summer of 2016.

The 20-year-old Brazilian possesses outstanding raw ability, confidence and an intriguing star quality that likens him to Neymar.

Although his playing style slightly differs to the Barcelona man’s, his gritty, well-balanced and creative performances can single-handedly win games.

He represented Brazil at U15,U17,U20 and U23 levels.He made his full International debut against Panama in 2016,in which he scored the second goal in 2-0 win.He is the next big thing from Brazil.

Pulisic is a US International who plays as an attacking midfielder or winger for Borussia Dortmund.He is the youngest player to represent the US national team in a FIFA World Cup qualifier. His rapid rise with the U.S. youth national teams has been mirrored by his rapid rise through the Borussia Dortmund academy, where he played just 15 games before being brought into the first team during the 2015–16 winter break.

Pulisic is the most promising European-style player that has been produced by the US to date. American players often come to Europe known for their physical attributes. Maybe they’re incredibly pacy like DeAndre Yedlin, or maybe they’re physical beasts like Jozy Altidore. But what sets Pulisic apart is his technique and the results he’s already produced.

Pulisic is a modern-day number 10. His low center of gravity allows him to dribble at high speeds.His adept weak foot skills allow him to play on either side of the field.Pulisic is considered by many to be the top American football prospect.

Trained at Paris Saint-Germain’s academy, Coman moved to Juventus in 2014 on the expiration of his contract, winning the Serie A and Coppa Italia in his first season in Italy. In August 2015, he transferred on loan to Bayern Munich, winning another double in his first season.

Coman is a quick, talented and technically gifted winger, with good dribbling skills, vision, pace and acceleration. He is capable of playing on either flank, or even in the centre, as an offensive midfielder or as a striker. Although he is naturally right-footed, his preferred position is on the left, which allows him to beat opponents in one on one situations, cut into the centre onto his right foot, and either shoot on goal, create chances for teammates, or make attacking runs into the area.

On 27 April 2017, it was announced that Bayern would exercise their option to sign Coman at the end of the season, with the player agreeing a contract until 2020.

Sane had a fantastic first season in England with Manchester City.Even though he wasn’t able to win any trophy but he mesmerized everyone with his incredible skills and pace.

As one of Europe’s hottest young attacking prospects, Sane had been linked with serious interest from Arsenal and Liverpool in the past but the former Schalke man,Sané, joined Manchester City for a reported £37million, signing a five-year deal in the summer of 2016.He was named as one of six players shortlisted for the PFA Young Player of the Year award,which eventually went to Dele Alli.

Manchester City fans will expect that he can continue his good form in the next season too.

Ousmane Dembele joined Borussia Dortmund last summer from Stade Rennais in the French Ligue 1. Known for his speed and goal-scoring ability, Dembele’s impact was immediately felt at the start of preseason. He’s only 20, but Ousmane Dembele is already turning heads across Europe with his dazzling displays of pace and skill.

Dembele is fast and uses his speed to his advantage by creating counter-attacks, blowing past defenders to swing a lofted pass or a through ball ahead to a striker.

Apart from agility, Dembele is becoming a skilled passer with an ever-growing eye for forecasting a play. His passing has greatly improved since preseason with his accuracy nearing a more satisfactory level.

He is certainly one player who can win the football most prestigious prize- Ballon d’Or in the future!

He began his career at Benfica, making his professional debut for the reserves in October 2014 and for the first team in October 2015. In his only season for them, the team won the Primeira Liga and Taça da Liga. He then agreed a move to Bayern Munich for an initial €35 million, the then highest fee for a Portuguese player leaving the domestic league.

Renato is a classical box-to-box midfielder. His work rate, strength, and tough tackling make him the perfect defensive shield. With the ball at his feet, he displays superb technique, and a decent range in passing. He is a forward thinking player, always trying to force the issue with a probing pass or a powerful run. He is relatively quick and he is excellent at driving past opponents in one-on-one situations. He also possesses a thunderous shot. Simply put, the 19-year old has all the ingredients to become a world-class midfielder.

He became the first Portuguese player to win the Golden Boy award for best European player under the age of 21,when he lifted the award in Oct 2016.

The teenage Monaco forward,Kylian Mbappé – dubbed “the new Thierry Henry” – has been ripping it up in Ligue 1 all season, but it wasn’t until his fine performance in the Champions League that fans in Europe got to see him on a grander scale.

Mbappé had become the youngest player to score 13 goals in Ligue 1 for 30 years, usurping a certain Thierry Henry, despite making only 12 league starts under Leonardo Jardim.He played a huge part in Monaco’s League triumph this season but it higely unlikely that he will stay at Monaco next season.

Virtually every big club in Europe is looking to sign Mbappe in the summer – well, everyone who can afford his sure-to-be astronomical fee.

An exciting young English prospect,Dele Alli rose to stardom in no time.From playing for MK Dons in the Football League One to winning the PFA Young Player Of The Season twice in a row,he has cemented himself a place among the world’s elite footballers.

He is also considered an all-round player who can play effectively as a second-striker.In the box, he looks like a striker, and outside the box, he plays like a midfielder.

He played a major role in Tottenham finishing second this season in Premier League,securing a Champions League place in the process.

Jesus joined Manchester City in the January of 2017,having already made name for himself with Brazilian club Palmeiras and the Brazil national team.

Jesus began his career at Palmeiras. He was voted the best newcomer of the 2015 Campeonato Brasileiro Série A, a year in which he also helped his team win the Copa do Brasil. The following year he was player of the season as Palmeiras won their first national league title in 22 years.

Unfortunately for him,he then suffered an injury which kept him out of action for most part of the season.He made in his comeback in April and helped City in securing a CL spot for the next season.It will be exciting to see how the next season turns out for him. 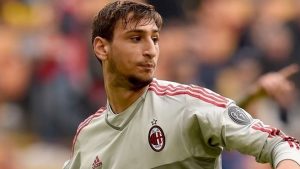 Donnarumma has been one of Serie A’s most consistent goalkeepers since his debut aged just 16 and he already has 65+ appearances under his belt in Italy’s top flight.

The 6ft 5in stopper has also made his debut for the Italian national team, replacing Gianluigi Buffon in what was viewed as a symbolic substitution – with Donnarumma cited as the natural successor to the Juventus legend.

Buffon himself has named the AC Milan star at the ‘chosen one’ and now another Italian goalkeeping great has added his glowing assessment of Donnarumma’s brief career so far.

Former Milan and Italy goalkeeper Giovanni Galli also described Donnarumma as a potentially world-class goalkeeper, applauding him for his discipline, intelligence, concentration, and professionalism, despite his young age.

If he stays with Milan,then he has all the attributes to become one of the club’s greatest ever.