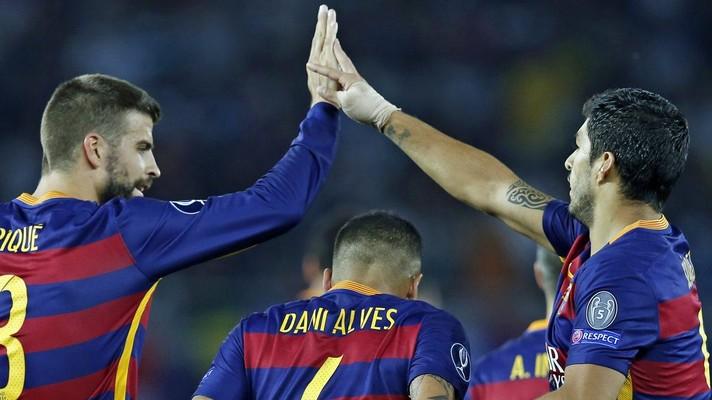 Barcelona has seen many legends donning their famous jersey. Although many of them emerged from their youth system called La Masia, including Lionel Messi, Xavi, Iniesta, Fabregas and David Villa. Still ,there have been many transfer negotiations too which proved pivotal in the team framework.

Stoichkov was the original ‘El Pistolero’, A legend in the eyes of Barcelona fans, Stoichkov began his career in the Catalan side in the summer of 1990. He came from CSKA Sofia for a fee about €1.6m (£1.4m). He spent five brilliant seasons at Camp Nou and again he came back for a second spell between 1996 and 1998.

This Bulgarian forward was one of the major parts of the Cruyff’s ‘Dream Team’, which made history by winning four Liga titles in a row between 1991 and 1994, as well as first-ever European Cup in 1992.

A clean finisher scoring around 84 goals in his two spells at Camp Nou. He was twice runner-up in the FIFA World Player of the Year and clinched the Ballon d’Or in 1994.

A defender with immense physical power, also known as Tarzan. A humongous 391 appearances in 15 seasons at Camp Nou, he was the wall in the deep, long before Carles Puyol. He played 32 times for Spain and was a regular guy in the Catalan side throughout the late 1970s and most of the 1980s.

Regarded as one of the best defenders of Barcelona, Migueli was signed from Segunda side Cadiz. With two La Liga and four Copa del Rey, he has two Best Spanish Player in 1977-78 and 1984-85 season.

This guy was in Bernabeu for five years between 1991 and 1996 but maybe was all destined for Camp Nou.
The Austrian scored 18 times for Madrid but netted the same amount I’m his debut campaign at Barcelona.
This midfielder scored more than 100 goals in his eight seasons in the Catalan side and won seven major trophies.

He also gave the Blaugrana fanbase a splendid Managerial spell between 2014 and 2017 as he led the club to the treble and claimed a total of nine trophies. Really, A Barca Man!

Renowned for his creativity and ability to cut inside the defenders as a Winger, Figo is regarded as one of the greatest midfielders of the generation. Though many of the Barcelona fans don’t possess any good memory of Figo after his controversial Real Madrid move back in 2000.

Figo was delicate and impressive in his five-year career in Barcelona. He came from Sporting CP in 1995 for €3.5m and helped the Blaugrana side to win seven major trophies. 45 goals and setting up more, he received Ballon d’Or in 2000 for his performance in Barcelona. Though he had already moved to Madrid by that time, as Florentino Perez paid his release clause of €60m shocking the world.

Though he played more than 250 matches for Inter Milan, Spaniard Suarez will remain in the heart of Barcelona fans for his prolific midfield work.

Being the only Spanish player to win the Ballon d’Or, Suarez was bought for a cut-price fee of around €3,300 (£2,900) in 1954 from Deportivo La Coruna in a deal that also included Uruguayan winger Dagoberto Moll.
Six major trophies and a world record fee £142,000 (around €160,000) to help pay for the Camp Nou, a loyal Barca man the Catalan fans would never forget.

And the ‘Wonder Kid’ of the era. In the eyes of Barcelona fans, maybe he is the traitor, he left the family when he was needed the most. He was expected to be the future proceeding of Barcelona kingdom after Ronaldinho and Messi but destiny may have written a different story for him. He left Barcelona for a history-making €222 million deal and joined PSG.

For a controversial €86.2m deal including €40m payment in wages to his parents, Neymar moved in Barca from Santos. In his 4 years at Camp Nou, he was spectacular in all aspect. Build the greatest attacking force alongside Messi and Suarez. Whatever he did cost, but every Catalan fans will remember for his contribution in winning the eight trophies.

Barcelona fans will never forget his match-winning a strike against Sampdoria in 1992 to hand their Maiden European Cup!

He came from PSV €5m (£4.43m) in 1989 and achieved one of the crucial roles in Cruyff’s Dream Team. Spent six seasons in Spain, appearing in gigantic 264 appearances for Barca with 88 goals, he was the saviour of the early period at Camp Nou. Ten major league titles, including four consecutive, this former Everton Manager still considers, “It was my happiest time of my life in Barcelona.”

The second most expensive signing of Barcelona till date. A €81m (£65m) deal from Liverpool, this Uruguay striker has proven himself as one of the best strikers at Camp Nou.
After initially set back for a couple of months due to ban for biting Chiellini at World Cup, Suarez was in the trio of one of the greatest football attack in the history, MSN (Messi – Suarez – Neymar)

Suarez helped the Catalan side to have the treble that season and nine trophies after that since now. With 121 goals in 149 matches, he has been a star, where 59 came in that stunning second season. Though the last few months have been tough for him, Barcelona believes in Suarez, the beast within.

Started at Bernabeu as a youngster, but due to lack of chances, he moved to Mallorca on loan and ultimately signed for the Islanders permanently. This Cameroon international moved to Camp Nou in a €24m deal after a hectic three-way negotiations including Madrid (wanted him back seeing his stunning spell in Mallorca).

He was fast, strong, and energetic forward, who was known for his stamina, work-rate, ability in the air, and his accurate finishing ability both with his head and feet. 130 goals in 199 appearances. And two Champions League final clincher in 2006 and 2009.

Pique is a La Masia graduate, but his career kicked off in the Premier League giant Manchester United. This Spanish defender is one of the best signings of the Catalan side when they swapped him for a €5m deal.

Alongside Puyol, he proved the wall of Barcelona invincible. A modern defender, who combines strength with good technique and passing. Due to his height and physical attributes, he is good in the air.

Nicknamed as Piquénbauer, due to his sweeping ability like Beckenbauer, he has won 25 trophies for Barca, as well as a World Cup and a European Championship with Spain.

Rivaldo joined Barcelona from Deportivo La Coruna for around €24m and proved himself one of the best forward in the history of Barcelona helping them winning back to back titles. A powerful and creative player, known for his dribbling ability, use of feints, balance, and close ball control. A dead ball specialist with bending free kicks ability, Rivaldo is one of the legends of Brazilian Football.

A Ballon d’Or and FIFA World Player of the Year in 1999, he spent his finest football at Camp Nou. Though his bitter relationship with Van Gaal in the last season lead his move to AC Milan.

The Brazilian has been treated Godlike for the Catalans since his arrival from Sevilla in 2008. A €35m deal and it resulted in twenty-three titles. Three Champions League, six La Liga and four Copa del Rey and with other many personal achievements he was a star in his eight-year season.

Mostly appeared at the right back, Alves also played many times in the centre – back, proving his versatility and ability of adaptation. His toughness and ‘never give up’ mentality is a boost for his side. With Messi, he established a brilliant right-wing attack scoring numerous goals.

And the man himself needs no introduction. The old Grandfather of Barcelona, for whom the Blaugrana nation got his new stadium. If you ever visited Camp Nou, you would have noticed the statue of Kubala stands proudly.
The popularity of the Hungarian legend forced the management to build a new stadium in the first place after their old ground at Les Corts became too small for all the fans wanting to watch the brilliant forward.

It was actually Real Madrid close to sign the Hungarian forward, but Barcelona interrupted negotiations and pulled the talks towards them. It was also the revenge of Madrid’s capture of Di Stefano under the nose.

Four league titles and a new stadium , Kubala was the Goodluck for the Catalan Giant.

In the late 90’s Barcelona was in search of a playmaker who could build a strong string between deep and forward. David Beckham was the primary choice, but that search ended with signing Ronaldinho.

Ronaldinho came from Paris Saint-Germain to €30m and changed the history of the side forever. Two La Liga, one Champions League and the Ballon d’Or in 2005, he was sensational in his traditional No. 10 jersey. He was not only a player, a guide and philosopher too. He led Messi to become the greatest and gifted him that No. 10 jersey before he left for AC Milan. His five years was not only a journey it was a memory for the Blaugrana nation.

“Skillful by nature, his tricks are unparalleled and he is wonderful with the ball at his feet. One of the coolest players in pressure situations” and a “fast, brash, skilful, tricky, an uninhibited playmaker” who provides “a mix of goals, assists, skills and a large repertoire of crafty moves”. : ESPN on Ronaldinho

A player, a coach and an adviser Johan Cruyff has been the biggest name in the history of Barcelona ever. Barcelona targeted Gerd Muller and got this Dutchman instead. Cruyff arrived for around €2m (£1.77m) in 1973 in what was a world record transfer fee at that time.

Cruyff leads to the first Liga title in 14 years in his impressive debut season and also won the Copa del Rey in his five years at Camp Nou. Later, he returned as a coach and delivered four league titles in a row. He also played a pivotal role in the appointments of Frank Rijkaard and Pep Guardiola – as well as the development of La Masia.

“Football consists of different elements: technique, tactics and stamina. There are some people who might have better technique than me, and some may be fitter than me, but the main thing is tactics. With most players, tactics are missing. You can divide tactics into insight, trust and daring. In the tactical area, I think I just have more than most other players. : Cruyff in ‘Ajax, Barcelona, Cruyff’.