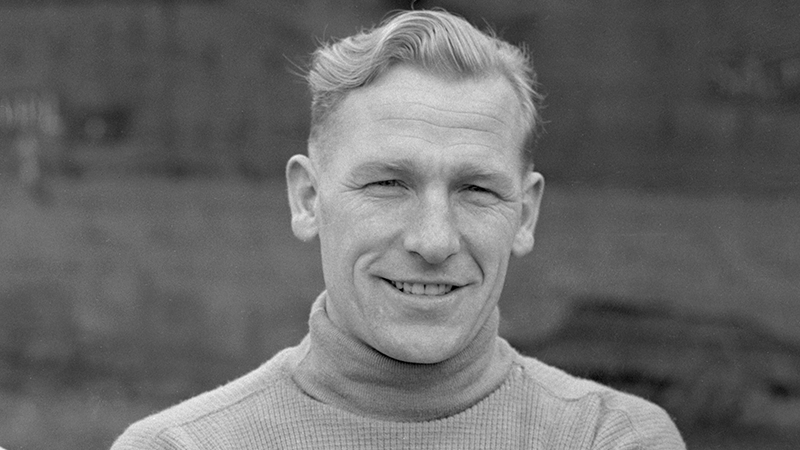 Since the ecliptic takeover of Manchester City in 2008 by the ambitious City Group headed by Sheikh Mansour, the current PL leaders have burst into the limelight by establishing itself as one of the most deadly and promising teams in the English top flight and Europe alike. Since 2008, the club has lifted 2 Premier League titles and one of FA Cup, Community Shield and 2 League Cups. City have indeed made some bold moves in the transfer window since they have had a sound financial back-up and have been successful in roping in quite a few world class talents year in and out.

Even in the pre-Premier League era during the mid-20th century, City boasted in having one of the most balanced squads during the war days. City lifted the First Division titles in 37’ and 68’ and had quite a few international stars in their ranks. Continued poor form towards the 80s and 90s saw them shift between the First and Second Division until they found stability and remained a mid-table team in the 00s.

Players join and leave a club but what remains with the fans are the moments created by them. City have been blessed to have witnessed some of the best players from around the globe join in what appears to be a large project ahead.

Here’s a countdown to the top 10 Manchester City signings ever: –

Probably the only positive element in the team during the off-colour days at the club struggling to keep its place in the English top tier, midfield sensation Kinkladze arrived at Manchester City in 1995 and became an instant fan favourite. He was widely regarded as the star player of the City team at that time following his brilliant solo goal against Southampton by dribbling past five opposition players before chipping the ball past goalkeeper Dave Beasant. He remained at the club despite its poor form and won two consecutive Player of the Year awards. He eventually retired at Rubin Kazan in the year 2006.

Chelsea reject De Bruyne was offloaded by Jose Mourinho to Vfl Wolfsburg in 2014 but the Belgian midfielder’s glittering performances for the German side caught the attentions of many as he was adjusted the Bundesliga top assist provider in his debut season at the club. City were quick to snap him up the next season as a then-club record fee of £55 mil brought the midfielder to the Etihad. Filled with blistering pace and a greater ball control, De Bruyne has one of the best assist-ratios in the Premier League, having made over 100 appearances for the club already. Put in Pep Guardiola’s words, he says, “I think he is a special, outstanding player. He makes everything. Without the ball he is the first fighter, and with the ball he is clear – he sees absolutely everything.”

Signed from Shrewsbury Town for a meagre amount of £100,000 in 2006, Hart was signed immediately after he returned from the U-19 duties in Belgium. He developed into one of the nation’s finest pair of hands while serving loan spells at a host of clubs including Blackpool and his stellar performances for Birmingham City even got him the Premier League goalkeeper of the season award in 2010. Having over 265 appearances for the club, Hart has won four Premier League Golden Glove awards including three consecutive ones (2010-11, 2011-12, 2012-13, 2014-15) and had made it to the PFA Team of the Year twice.

Starting his playing career at Coleraine, the Irish forward arrived at the Maine Road in the year 1936 and became a popular figure overnight. He went on to score a handsome tally of 74 goals in his rather short but successful stint at the city of Manchester. He even served in the Royal Air Force during the Second World War remaining a registered City player and netted 60 times in 89 wartime matches. After retiring, he had a brief managerial career with Doncaster Rovers and Bristol City. He was later on inducted into the English Football Hall of Fame in 2002.

Former Ivory Coast national team captain Yaya Toure has been one of the most important elements in City’s pursuit of success following the Arabian takeover. Toure was brought into the club in the year 2010 from Barcelona for a reported fee of around £24 mil which did turn a lot of eyes back then but regular match-winning performances with the Blues quickly asserted Yaya to be one of the best in the midfield. With a perfect 100% penalty conversion rate, he has the highest spot-kick conversion rate in the Premier League, having scored all his 11 penalties in his total of over 245 matches. The strong box-to-box midfielder was also presented the African Footballer of the Year for four consecutive seasons (2011-14).

German goalkeeping sensation Trautmann signed for City on 7th October 1949 amidst interest from a lot of teams in the country. Trautmann went on to make 545 appearances for the Blues and also led City to the FA Cup triumph in 1956 in which he reportedly played with a broken neck. Trautmann was widely regarded as on the best goalkeepers at that time and had also won the FWA Footballer of the Year in 1956 and was later on inducted into the English Hall of Fame in 2005. The legendary Lev Yashin once even quoted, “There have only been two world-class goalkeepers. One was Lev Yashin, the other was the German boy who played in Manchester – Trautmann.”

Belgian international Vincent Kompany arrived at the Etihad in 2008 from Hamburg on a four-year deal for a reported fee of £6 mil and was handed the 33 jersey by the then-manager of the club, Mark Hughes who wasn’t late in handing the present City skipper his first game as he made his debut just two days later against West Ham United. Having over 240 caps for the club, Vincent was made the captain of the team in 2011 and then led City to its first Premier League title that year. He has been one of the best bargain buys for City and is widely regarded as one of the finest defenders to have ever graced the English top flight.

Profoundly called ‘The King of the Kippax’ (after the Kippax Street terraced stand known for its singing fans) and ‘Nijinsky’ (after the famous racehorse known for his stamina), Bell joined the club in 1966 and will remain one of the best players to have ever don the Blue jersey. City’s 4th ever highest goalscorer with 117 goals in 394 matches, Bell has been penned down as ‘unquestionably a great player’ by Sir Bobby Charlton in his foreword to Bell’s autobiography. Alan Mullery, one of Bell’s former England teammates stated that Bell would ‘still be a star in today’s football’ and ‘would fit into any team’. The Colin Bell Stand at the City of Manchester Stadium has also been named in his honour.

Spanish wizard David Silva; profoundly called El Merlin arrived at the Etihad in the summer of 2010 along with a host of other notable entries into the club. Many doubted whether he could sustain the physicality of the English league but he has established himself as a veteran midfielder in the league throughout these years and has also played a huge role in City’s league winning seasons along with clinching other silverware. World Cup winner with Spain, the left-footed magician has made over 240 appearances for the Blues and has been intact in the starting line-up ever since. He sits 4th in the Spanish top goal scorers chart and has been an integral part of the national team alike.

An instant hit at the city of Manchester, Argentinian sensation Sergio Aguero was brought in by manager Roberto Mancini on 28th of July 2011 from Atletico Madrid for a reported fee agreed at £38 mil. Already having scored more than 100 goals for Atletico before turning 23, he blended into the City system perfectly installing himself as the team’s main man forward in the years to come. He shall forever remain as one the greatest ever in City hearts after his heroics on the last day of the 2011-12 season which saw him scoring a 93rd minute winner to seal the Premier League for Manchester City for the first time, clinching the title off close neighbours Manchester United’s hands. On November 1 2017, he overtook Eric Brook as the club’s highest goalscorer ever and now has 192 goals in 281 appearances.

One thought on “Top 10 Manchester City Signings Ever”