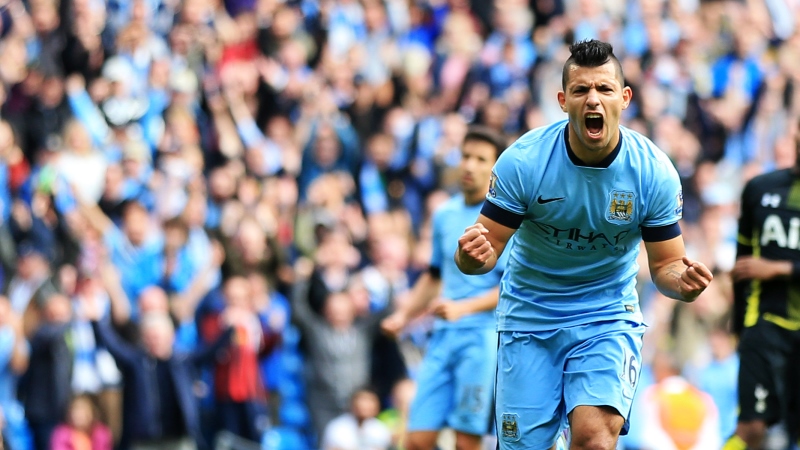 Premier League,the world’s most watched football league attracts talent from around the world.Managers and footballers from all over the world dream of being a part of this league.Many great goalscorers have graced this league and in this article we will have a look at some of the best foreign goalscorers in the Premier League history.

Regarding players from outside of UK as foreign,here are the top 10 best foreign goalscorers in the Premier League history –

His time at United was successful, winning the Premier League, FA Cup, Football League Cup and FA Community Shield, along with winning the Sir Matt Busby Player of the Year twice.

Adebayor’s time in the Premier League started in 2006 when Arsenal signed him from Monaco for £3 million.He scored 46 league goals for Arsenal in 104 apps before leaving the club for Manchester City in 2009.

He scored a goal on his debut for City against Blackburn with a shot from 18 yards in the third minute.However, he failed to live up to the expectations of the team and was sold to Spurs in 2012 after a successful loan spell at the club.

His last team in the Premier League was Crystal Palace ,whom he joined in 2016 after being released by Spurs in 2015.

He scored 15, 18 and 1 league goals for Man City,Tottenham and Crystal Palace respectively.

Didier Drogba is regarded as one of the greatest Chelsea players ever.He scored 104 goals in 254 league games with the club.He was also voted Chelsea’s Player Of The Year in 2010 and Chelsea Players’ Player of the Year in 2007.

Drogba joined Chelsea in 2004 for a club record £24 million fee, making him the most expensive Ivorian player in history. In his debut season he helped the club win their first league title in 50 years, and a year later he won another Premier League title.

Overall he won 4 Premier League titles,4 FA Cups,3 League Cups and UEFA Champions League with Chelsea. Because of his habit of scoring in the finals,Drogba has been referred to as the “ultimate big game player.”

Yorke played for Aston Villa, Manchester United, Blackburn, Birmingham City and Sunderland in the Premier League. However his most successful time was with United [1998-2002] where he scored 52 goals in 96 apps, winning 3 Premier League titles, FA Cup and UEFA Champions League.

In his first season with Manchester United,Yorke was a key player in guiding his club to a unique treble of the Premier League title, FA Cup and UEFA Champions League, and forming a legendary partnership with Andy Cole.Yorke finished the season as the top league goalscorer with 18 goals and contributed goals against Bayern Munich, Barcelona, Internazionale,and Juventus in the Champions League, and he won the Premier League Player of the Season. Yorke was also a regular member of United’s 1999–2000 title winning team, contributing 22 goals in all competitions.

In February 1997, at the age of 17, Anelka joined Arsenal for a fee of £500,000.Anelka was a key player in Arsenal’s Double win of both the Premier League and FA Cup that season. Anelka scored the second goal in Arsenal’s 2–0 win over Newcastle United in that season’s FA Cup final.

Anelka was Arsenal’s top scorer in the 1998–99 season with 17 Premier League goals. This form saw him voted the PFA Young Player of the Year.He scored 28 goals in 90 apps for arsenal before leaving the club in 1999.

He joined Manchester City in 2002,where he finished as club’s top scorers in two of the three seasons.He managed to score 37 times for City,before leaving the club in 2005.

Robbie Keane spent the majority of his Premier League time with Tottenham Hotspur.He joined Spurs in 2002 and played there for seven-and-a-half years over two spells and amassed 306 appearances across all competitions, scoring 122 goals. The 2007–08 season was the most fruitful of his career as he set a career record of 23 goals in a season, including a landmark 100th competitive goal and won his first senior honour, the League Cup.

Keane moved to Liverpool in July 2008 but he spent only six months at the club before returning to Tottenham, where he was made first team captain.

He was signed by Leeds United in 1997 for a £2 million fee, and went on to win the Premier League Golden Boot award in 1998–99.However, he and his agent were dissatisfied with the contract offered by the club, and though he still had two years to run on his existing deal ,he was sold on.

Hasselbaink returned to the Premier League in May 2000, when he was signed by Chelsea, for a club record fee of £15 million, which matched the then-transfer record for an English club; he signed a four-year contract.He scored 70 goals in 136 league games and left the club in 2004.

He then joined Middlesbrough and scored 23 goals in two seasons,followed by a one year spell at Charlton ,where he could only manage to score 2 league goals.

Van Persie started his senior club career as a left winger and possessed an exceptional ball control and was also a talented striker of the ball. He was bought by Arsenal as a long-term replacement for Dennis Bergkamp. Manager Arsène Wenger planned to convert Van Persie from a left winger to a central forward as he had successfully done with star player Thierry Henry. He was at first mostly deployed as a supporting forward in League Cup and FA Cup matches. Due to the retirement of Bergkamp and departure of Fredrik Ljungberg, Van Persie was given a starting role to play alongside Henry as a second striker upfront.

The departure of Emmanuel Adebayor and Henry meant the Dutchman was now the main striker in Wenger’s 4–3–3 system and very successfully played further upfront as a pure striker, winning the Premier League Golden Boot twice in a row.

He spent 8 years with Arsenal and won the FA Cup in 2005,scoring 96 league goals for the club.However,his decision to join rivals Manchester United in 2012 angered Arsenal fans.

Arguably Manchester City’s greatest player ever,Sergio Aguero joined the club in 2011 from Atletico Madrid for £38 million.In his debut season he helped the club to its first ever Premier League title,that too in the most dramatic fashion by scoring a 94th minute title-winning goal against QPR on the last day of the season.

He holds the joint-record for the most goals scored in a single Premier League match – five – and the fastest to do so, in 23 minutes and 34 seconds of match time.He is the highest South American scorer in the history of the Premier League, and reached 100 goals in the division faster than any player other than Alan Shearer.

He also has the best ‘minutes per goal’ ratio in the history of the Premier League.

Thierry Henry signed for Arsenal for £11 million in 1999. It was at Arsenal that Henry made his name as a world-class player. Under long-time mentor and coach Arsène Wenger, Henry became a prolific striker and Arsenal’s all-time leading scorer with 228 goals in all competitions. He won two league titles and three FA Cups at the club.

Brought in as a replacement for fellow French forward Nicolas Anelka, Henry was immediately moulded into a striker by Wenger, a move that would pay rich dividends in years to come. However, doubts were raised about his ability to adapt to the quick and physical English game when he failed to score in his first eight games.These doubts were dispelled when he ended his first season at Arsenal with an impressive goal tally of 26.

He is regarded as one of the greatest strikers in the Premier League history.