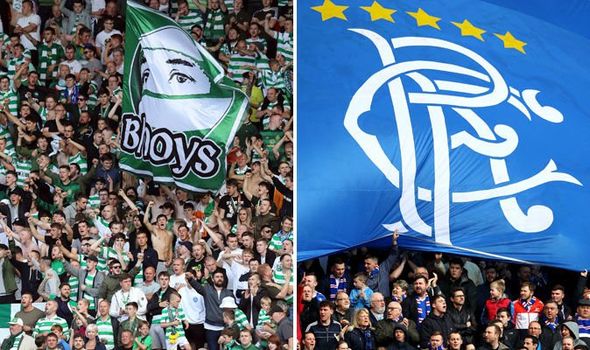 Scotland is home to some of the world’s most passionate fan bases. In this article, we have the SPL clubs ranked according to attendance in the first twenty matches of the 2019-20 season.

Here are the SPL clubs ranked according to attendance –

Kilmarnock Football Club is currently the oldest football club in the Scottish Premiership, and are also the oldest professional club in Scotland. The stadium of the club is Rugby Park, a 17,889 capacity all seater stadium situated in the town itself.

The average attendance at the Rugby Park so far this season has only been 5867.

The name of the football club derives from St. John’s Toun – the old name of Perth. Although it is officially recorded as being formed in 1884, the club did not play its first game until February 1885. The club’s home since 1989 has been McDiarmid Park.

The average home attendance this season has only been 3549.

The club currently play their home games at New Douglas Park. Their average attendance this season has been 2067.

Motherwell FC was born on 17 May 1886, when representatives of the two main Motherwell works teams Glencairn FC and Alpha FC met in Ballie’s pub in the towns Merry Street, and decided to merge the two teams with the aim of creating a club to represent the town as a whole at a higher footballing level.

Motherwell play their home matches at Fir Park Stadium. The average attendance at the stadium this season has been 5607.

Livingston was founded in 1943 as Ferranti Thistle, a works team. The club was admitted to the Scottish Football League and renamed as Meadowbank Thistle in 1974. In 1995, the club was relocated to Livingston, West Lothian and renamed after the town. Since then Livingston have played their home games at Almondvale Stadium. Their average attendance this season has been 3549.

Aberdeen FC was formed in 1903 as a result of the amalgamation of three clubs from Aberdeen. Aberdeen have played at Pittodrie Stadium since their inception. The ground currently has a capacity of 20,866 and was the first all-seated and all-covered stadium in the United Kingdom. Their average attendance this season has been 14,130.

St Mirren FC was founded in 1877. The club’s home ground since 2009 is St Mirren Park, with a capacity of just over 8k. Their average attendance this season has been 5806.

The club was formed in 1929 after the previous local clubs from the North Caledonian Football League, Dingwall Victoria United and Dingwall Thistle successfully applied for Highland Football League membership. The club was subsequently renamed Ross County.

They play all of their home matches at Victoria Park in Dingwall. Their average attendance this season has been 4895.

Hearts are the oldest football club in the Scottish capital  as they were formed in 1874. Hearts play at Tynecastle Park, where home matches have been played since 1886. After renovating the ground into an all-seater stadium, the stadium now has a capacity of just over 20,000 following the completion of a newly rebuilt main stand in 2017.

The average attendance at Tynecastle Park this season has been 16,218.

The club was founded in 1875 by members of Edinburgh’s Irish community, and named after the Roman word for Ireland. Nowadays, whilst the Irish heritage of Hibernian is still reflected in the name, colours and badge. The play their home matches at Easter Road Stadium, which has been in use since 1893. Their average attendance this season has been 16,705.

Celtic formed in 1887 and the first Celtic Park opened in Parkhead in 1888. The club moved to the current site in 1892. Its current capacity is over 60k. Three quarters of the ground have been re-developed over the years greatly improving the overall look. The ground is totally enclosed, with the three new sides being two tiered.

The home of Rangers, Ibrox is the third largest football stadium in Scotland, with an all-seated capacity of 50,817. In terms of atmosphere, it is only the fouth best in Scotland. This season, Ibrox has an average attendance of 49,474.

Ibrox Stadium was mostly re-developed in the late 1970’s and early 1980’s with three new stands being constructed. Only the Main Stand at one side of the pitch remains of the old Ibrox. This stand has also been refurbished and in 1994 a third tier was added to it.